How Many Golf Courses Have You Played?

Have many golf courses have you played? It's a regular topic of conversation between keen aficionados of the game, who like to compare the tracks they have ticked off in the same manner that schoolchildren once exchanged trading card and football sticker collections. For some golfers, accumulating as many new experiences as possible is a motivation each season.

The number of venues you have visited will often be dependent on how long you have been a golfer, your spending power, willingness to travel, and the number of courses in your local area, but there are some startling numbers that demonstrate what is possible when it becomes a mission to play everywhere you can.

Several years ago, hotel owner Laurie Skuodas completed his dream of playing all 588 golf courses in Scotland that could be accessed, spending thousands in the process, taking the novel route of travelling on his own yacht to the remote islands of Colonsay, Tiree, South Uist, Benbecula and Barra.

Author Kevin Markham - who has contributed to Golfshake - played and rated all 350 courses in Ireland during his writing of Hooked: An Amateur's Guide to the Golf Courses of Ireland. 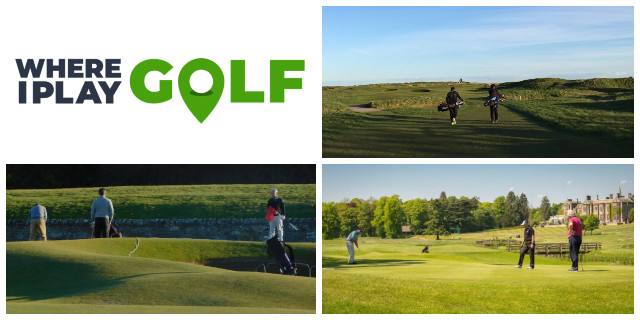 But no matter how many - or few - you have played, there is a new tool that will help you to keep track of them. Where I Play Golf is a developing website launched by Golfshake that will allow you to easily track where you have played, establishing your own lists, and comparing your numbers with other golfers who place on interactive leaderboards.

So far, one user has recorded 462 courses, which is the leading total. Golfshake Ambassador Andrew Picken - who regularly shares reviews from his travels - has an impressive 252 under his belt, with more to come in 2020. Fellow Golfshaker Matt Holbrook has only been playing the game this decade, but has nonetheless played 125 different courses.

Golfshake's Darren Ramowski clearly works too hard, as he's only managed to play 78, while Kevin Paver - host of the Golfshake YouTube Channel - has merely played 40. Much improvement is required from both staff members.

Where I Play Golf remains in the BETA phase, so there are key updates to come in the near future, including resolving issues with multiple course venues, but during this reflective time of year, if you want to occupy yourself with something beyond Christmas turkey and festive telly, why not have some fun by adding up the courses that you have played and see how you compare to fellow members of the Golfshake Community!

100 Golf Courses to Play in England

Golf Courses to Play in Scotland

Most Popularly Reviewed Golf Courses in 2019

Most Improved Golf Courses in 2019

The 50 Best Golf Courses to Play in Winter