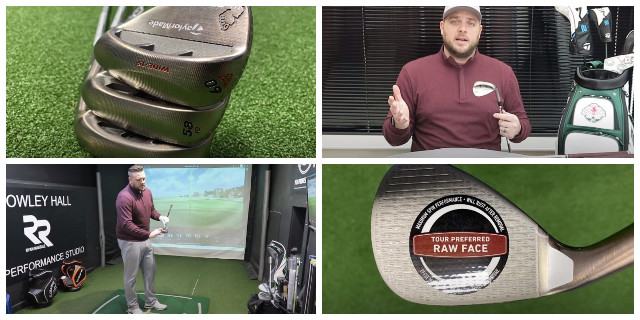 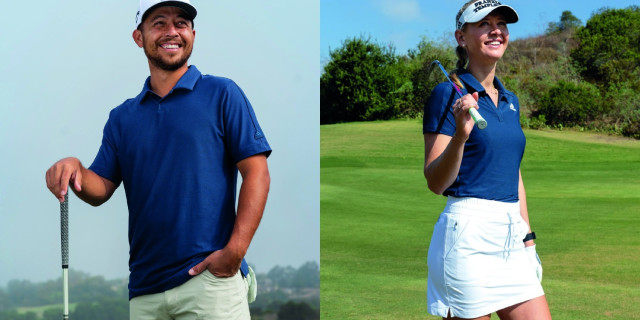 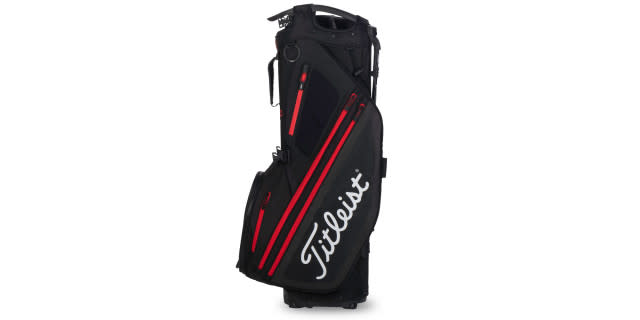 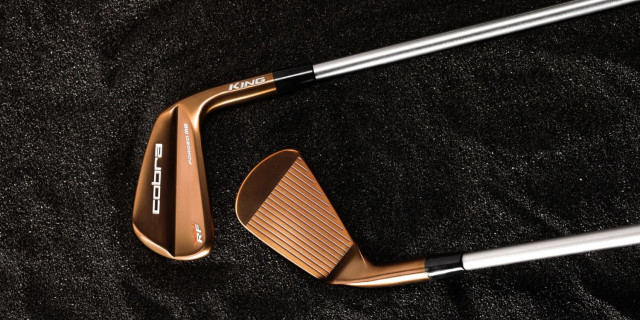 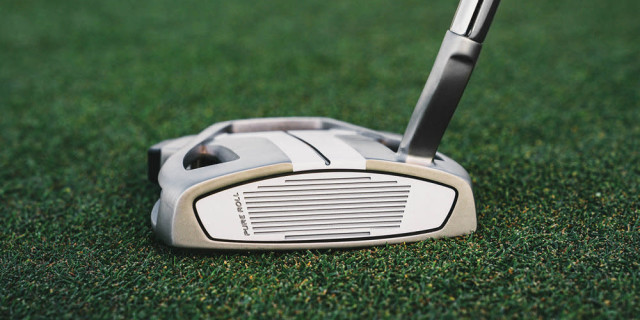 Callaway has unveiled its new Chrome Soft X LS Golf Ball, which is a lower spin model that has been engineered for maximum distance, featuring all the attributes that have been presented in the Chrome Soft X.

The CaddyDaddy Claw Golf Glove is a unique alternative to more traditional leather products, featuring silicone-web coating and an innovative Flex-Mesh design, which offers greater ventilation by boosting airflow and enhanced breathability. Golfshake Ambassador Andy Picken has shared his initial review of the glove ahead of the new golf season.

Featuring four brand new collections that consist of striking designs and patterns, FootJoy has launched its stylish performance apparel for Spring/Summer 2021, which are set to make a statement on the golf course.

Motocaddy has unveiled plans that will expand its acclaimed GPS range from two to five models for this year, while additionally introducing cellular connectivity on its top-end products.

TaylorMade's new and very striking looking Hi-Toe RAW Wedge is a unique option that has been engineered to deliver increased spin, precision, and feel over both approach shots and those played around the green. Golfshake's Ryan Rastall has tested and reviewed this very attractive wedge for us.

Srixon's new Z-STAR and Z-STAR XV golf balls have been launched in time for the 2021 season, featuring a thicker cover, reformulated inner core and are aimed at better players looking for improved ball speed and distance. Golfshake's Equipment Expert, Ryan Rastall tests and reviews the balls for us.

Newly launched for 2021, Odyssey's new TEN Putters include a variety of models and head designs, offering something for all golfers who are looking to find greater consistency on the greens. Golfshake's Equipment Expert, Ryan Rastall describes each of the options and reflects on the technology and what it could achieve for your game.

Delivering premium comfort and performance, PUMA Golf has unveiled its new, IGNITE FASTEN8 Pro, which is a spikeless, versatile shoe for golfers to wear in 2021.

Destined to be hugely popular in 2021, the new Skechers GO GOLF Collection features the high performance technology, fresh designs, and comfort that golfers crave. The ranges boasts innovations inspired by the brand’s running and lifestyle divisions, and was developed with insight and feedback from tour pros including Matt Kuchar, Brooke Henderson and Colin Montgomerie.

Renowned for their sports performance footwear, PAYNTR has now debuted within the golf industry following the release of the PAYNTR X 001 F golf shoe, which offers golfers a unique a unique traction system created from biomechanical insights.

In a real treat for lovers of golf tech, Golfshake's Ryan Rastall, found out more about the new COBRA RADSPEED Family in an informative Zoom call with Jose Miraflor and Tom Olsavsky from COBRA Golf. They discuss the unique impact of the past year, the new range of clubs, and cover other key areas within the manufacturing world. Ryan also puts YOUR questions to Jose and Tom.

Titleist has introduced its new TSi1 Family, which has been engineered for golfers with moderate swing speeds (less than 90mph), helping them to achieve increased club and ball speed off the tee and from the fairways.

Providing low spin performance alongside speed and distance gains, Titleist's new TSi4 Driver is a favourite of Adam Scott, Russell Henley and Richy Werenski, among others on the PGA Tour, showcasing that a driver designed for extreme spin reduction can produce high ball speeds.

When it was first launched, the Odyssey Ten quickly became a revelation on tour, ranking as one of the most popular putters on the professional circuit, but that hasn't prevented the manufacturer from seeking improvement, something that has now been enhanced for the 2021 season and beyond.

Launching in the UK & Ireland on the 20th of March, Cleveland Golf has unveiled its new CBX Full-Face Wedge, which has been built with grooves across the entire face, offering golfers greater versatility around the greens.

Ready for the 2021 season, Cleveland Golf has launched six new models to enhance its acclaimed range of Frontline putters, delivering something for every stroke and technique.

Growing brand ZOOM has launched a new exciting product - the ZOOM Focus Tour, building on the huge success of the debut Focus X laser rangefinder, bringing together all the features that golfers could desire within an elegant design.

Wilson Golf has extended its acclaimed Staff Model wedge range by adding the new Tour Grind sole model, which has been engineered for those players seeking precision around the greens.

Unveiling its new IGNITE CAGED CRAFTED footwear, PUMA Golf has enhanced its Crafted Collection, bringing together a striking design with high performance. This new range of shoes combines comfort and style into a stunning model packed with technology.

Golfshake's Ryan Rastall has tested and reviewed three new fairway woods from PING, which include the G425 LST, MAX, and SFT. All feature new Facewrap Technology to improve face flexing to help improve ball speed and forgiveness. They are also available with the Arccos Smart Caddie Grips.

ECCO GOLF has revealed the next generation of its revered hybrid performance golf shoes with the launch of the all-new ECCO BIOM H4 for both men and women.

TaylorMade has launched into 2021 by revealing its all-new TP5 and TP5x golf balls, which are set to build on the success of previous releases and deliver high performance for golfers of all standards.

Ready for the 2021 golf season, PING has recently launched a trio of new G425 Drivers, which offer something for everyone. Golfshake's Equipment Expert, Ryan Rastall, the Head Professional at Howley Hall Golf Club, provides a full overview on the range.

Part of the G425 Family, PING's new irons boast a wood-style, variable face thickness (VFT) design, which has been engineered to deliver enhanced forgiveness and greater ball speeds. But are these the fastest irons that PING has launched yet? Ryan Rastall, the Head Pro at Howley Hall Golf Club, has tested and reviewed them, including a comparison with the G410.

Providing a new updated enhancement to the acclaimed insert that made its first appearance two decades ago, Odyssey's White Hot OG Putters are set to be a popular choice among golfers in 2021. Golfshake's Ryan Rastall talks through the full range, while also specifically taking the #7 model for a test at his Indoor Fitting Studio.

Srixon has presented the seventh generation of its Z-STAR Series, revealing the new Z-STAR and Z-STAR XV golf balls, which are thicker than previous launches, allowing for enhanced spin and control around the greens, while the FastLayer Core provides faster ball speeds and distance.

Golf fans will have heard a lot about "Strokes Gained" when watching televised golf, but now thanks to Shot Scope's mobile app, golfers will be granted the opportunity to review their own data and compare themselves to the best.

Part of PING's G425 Family, the manufacturer's new Hybrids and Crossover Irons have been engineered to provide greater forgiveness, enhanced distance, and effective gapping on the course. But how do they perform? The man to ask is Ryan Rastall, Golfshake's Equipment Expert, who shares a full overview and compares the two.

The new Wilson Staff Model CB Irons represent an evolution on the acclaimed V6. Taking them inside the Indoor Performance Centre at Howley Hall Golf Club in Leeds, Golfshake Equipment Expert, Ryan Rastall describes the Staff Model CB, reflects on the look, feel and performance, while testing them alongside the V6 and Staff Model Blade.

Callaway has embraced 2021 by unveiling it new ERC Soft, Supersoft, and Supersoft MAX Golf Balls, a range that has been designed to appeal to a wide variety of golfers, providing fast speeds, enhanced feel and control around the greens.

adidas Golf has completed two years of work, going through multiple prototypes and configurations, with the result being a blend of the latest technologies through the new, lightweight, high-performance ZG21 footwear.

Mizuno has revealed its new generation ST Series Drivers & Fairway Woods, culminating three years of a rapid-fire development project, building on the foundations laid out by the acclaimed ST190 and ST200, the ST-Z and ST-X will feature SAT2041 Beta Ti face and complex carbon construction.

Wilson Golf has deployed innovative generative computer design to create its new family of D9 Irons and Woods that are set to make an impact on the marketplace in 2021. But how does this new range perform under the scrutiny of testing? Golfshake’s Ryan Rastall is the best man to ask.

Revealed last year by Srixon, Golfshake Equipment Expert Ryan Rastall has now tested and reviewed the brand's rather fetching looking ZX7 Irons. These have a slightly smaller head than the Srixon ZX5 and are aimed towards the better ball striker and low handicap golfers. Luckily, Ryan is more than capable of hitting them!

Launching into 2021, Titleist has unveiled brand new Pro V1 and Pro V1x models, which have been engineered to enhance performance through each layer of the golf ball, delivering the consistency and quality that keen golfers expect from the acclaimed manufacturer.

Building on the foundations established by the original SIM, TaylorMade has made a blistering launch into 2021 by revealing its new SIM2 Family of Drivers, Fairways/Hybrids and Irons.

FootJoy has revealed its all-new HyperFlex, which seeks to continue the brand's legacy of innovation, style, comfort and quality, featuring a unique BOA lacing system and a new outsole.

Golfshake's Ryan Rastall, the Head Professional at Howley Hall Golf Club in Leeds, has tested and reviewed the three TaylorMade SIM2 Drivers for us, describing the technology and using TrackMan to analyse the performance of the drivers, offering a comprehensive overview.

Showcasing two new irons, TaylorMade has revealed its SIM2 Max & Max OS. These models both feature a Cap Back Design and evolved ECHO Damping System to deliver high performance to the genre of game improvement irons. Ryan Rastall talks through you what can expect from the irons - and demonstrates just how they perform on the golf course!