The Costa del Sol is readying itself to host the Solheim Cup, with the iconic match coming to Spain for the first time in 2023, ushering in an official countdown that starts today with a series of events to commemorate 'One Year to Go' until Europe's women take on the United States.

Among these events, there will be a tournament on the 1st hole of Finca Cortesin, in which Suzann Pettersen, captain of the European team, will take part along with several celebrities. There will also be a countdown and the "longest swing", an event in which 365 children will hit a shot from the seawall of Puerto Banus into the sea with biodegradable balls.

The Solheim Cup has become the most prestigious female team competition on the international golf calendar, with some of the sport’s most memorable moments being seen in this competition. The European team, captained by Suzann Petersen, will try to beat the American team again, as it has done so in four of the last six editions.

For the first time, the Solheim Cup will be held in Spain, from September 18 to 23, 2023, in Costa del Sol, recognised as the best golf destination in Europe by the IAGTO (International Association of Golf Tour Operators). 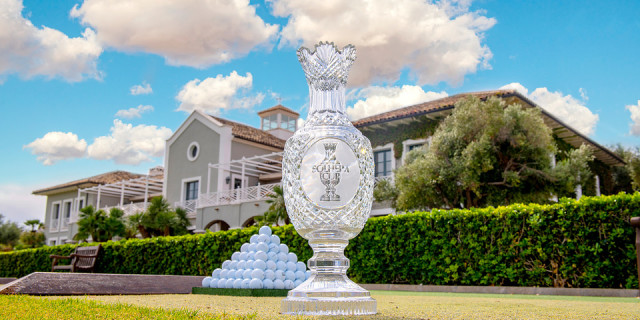 With more than 70 golf courses and an exceptional climate all year round, the Costa del Sol is known as the Costa del Golf. Golf enthusiasts not only find a wide variety of courses, but also a wide range of accommodation and high-level services. These offer the chance to enjoy the costa’s renowned hospitality and taste its exquisite Andalusian cuisine. In addition, the Costa del Sol’s golf courses have already hosted elite competitions such as the Ryder Cup and the World Golf Championships.

In 2023, the Solheim Cup will be held at the exclusive Finca Cortesin Resort. Located between Marbella and Sotogrande, it overlooks the Mediterranean and the Casares mountain range. Finca Cortesin houses a five-star hotel and a magnificent 18-hole, 7,500-yard championship golf course, as well as the state-of-the-art Jack Niclaus Academy. The course, designed by Cabell Robinson, is one of the longest in Europe and has previously hosted high-level tournaments, such as the Volvo World Match Play Championship on three occasions.

The Best Golf Courses to Play on The Costa del Sol

Golf Resorts to Stay at on The Costa del Sol