The luxury Spanish golf complex, Finca Cortesin Hotel, Golf & Spa has just further enhanced its position as one of the premium golfing locations in Europe by making a series of top-quality investments in its Jack Nicklaus Golf Academy.

The resort, which has often been described as the best golf complex in Andalucia, has invested in a number of cutting-edge technologies, which will allow clients to fine tune their games with the same equipment used by the best pros.

Chief among these is the complex’s purchase of a Foresight Sports’ GC Quad launch monitor. Foresight Sports’ monitor is one of the best in the world, a reputation which is attested to by the large number of tour players and coaches, including Rickie Fowler and Butch Harmon, who use it to help them practice. 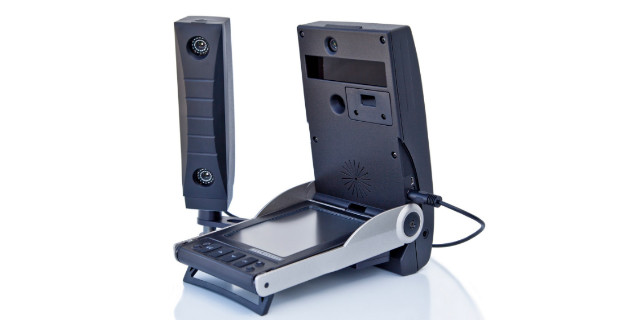 The golf simulator allows players to enjoy virtual rounds on some of the world’s most prestigious golf courses, tuning their games on the very same tracks that are played by the world’s best players.

The wealth of information this and the launch monitors provide will also improve the resort’s five-star club-fitting service, which is provided in partnership with the premium golf club manufacturers Honma Golf.

Miguel Girbés, director of golf at Finca Cortesin Hotel, Golf & Spa, said: “Finca Cortesin is committed to delivering the best possible golf experience, and it’s imperative that our golfers have access to the latest technology available.

“The significant investment that we’ve made in our tuition facilities over the spring will make our academy one of the very best in Europe, and I’m sure will prove of great benefit to all the golfers that use it.”

As we pointed out in our recent round-up of 5 Must Have Modern Day Golf Gadgets, golf simulators and launch monitors are quickly becoming one of the staples of the serious (and affluent) player’s, coach’s and academy’s golfing armouries.

Opened in March 2006 and set across a vast 532-acre estate, Finca Cortesin – a member of the prestigious European Tour Destinations Network – is regarded as one of Europe’s most exclusive modern golf and lifestyle destination resorts.

Designed by American Cabell Robinson, the par-72 layout has hosted numerous high-profile tournaments including the Volvo World Match Play Championship in 2009, 2011 and 2012, while complementing the world-class golf course are outstanding practice facilities.

Located in the rolling hills of southern Spain, between Marbella and Sotogrande, with the Mediterranean to one side and the tranquil Casares Mountains to the other, Finca Cortesin’s other world-class facilities include an elegant 67-suite hotel, Hotel Cortesin; a 6,000sqm Beach Club; an award-winning spa featuring Spain’s only snow cave; and the choice of four restaurants.

Finca Cortesin was already one of Europe’s best golf resorts before upgrading its Jack Nicklaus Academy. In the light of its recent improvements, the resort has further enforced its position at the top of the golfing resort tree. For reviews of similar resorts and golf holiday packages, check out the Golfshake Travel Hub.