The TP tour has continued to be hugely popular throughout the early summer and has also visited some more quality course including Woburn, where European Tour Andrew Marshall triumphed in the individual competition. 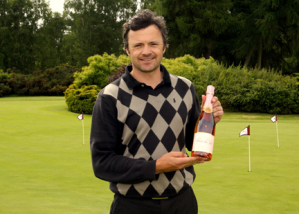 WOBURN, BEDFORDSHIRE June 17
One of the premier venues in Britain, The Dukes Course at Woburn was in marvellous shape for the Elite Series Pro Am no.3.
Many European Tour players took part, and were paired with three amateur golfers enjoying great entertainment and a feast of golf in the finest of surroundings.
Leading Pro on the day with 5 under par 67 was Andrew Marshall [Norwich Family Golf].The winning team with a total of 83 stableford points was Jamie Elson’s team. His amateur team now goes forward to the Series Grand Final, at Bearwood Lakes in November.
The next Elite Series Pro Am takes place at The Berkshire on August 22nd.
For more info: email [email protected] Or call 07801098101
KINGSWOOD, SURREY June 25/26
The James Braid designed course at Kingswood, now plays a little under 7000 yards from the tiger tees, and proved a very fine test of golf in the latest TP 36 hole Pro tournament.
The top three players after day one were all rookies on the Tour, Max Everett Rose, Jordan Godwin and Connor Fletcher.
Shooting a level par round of 72 in round 2 propelled local tour professional Gary King into second place and Fletcher, from Chart Hills needed a pressure par at the last hole to beat King’s total of 146.He duly found the green with his eight iron approach, and two putted safely for a par four.The second rookie winner of the year on the TP Tour, a very happy Fletcher picked up a cheque for £1400.
For Full tour results and info visit www.tptourseries.com
Next up on the TP Tour – The British Par 3 Championship Qualifier, Nailcote Hall July 8.