Meet The Golf Course of Your Nightmares

What are the golf holes that still make you scream with terror? Everyone has a tale of somewhere that utterly shattered their scorecard and spirit. For a touch of inspiration, Golfshake's Derek Clements has shared his 18 nightmare holes, completing a course of pure horror.

WE ALL enjoy reliving our very best rounds of golf. But when you lie in bed at night, sometimes you are haunted by the holes where it all went wrong.

I have played a LOT of golf in my time, on a huge variety of courses, all over the world. And while there have been some wonderful rounds of golf, there have also been plenty of horror stories.

No matter how good we are at this game, we have all come to grief at some time or another. You know what I am talking about - you are going along nicely and, suddenly, a card-wrecker comes along and ruins your day.

As part of my therapy, I want to share my 18 nightmare holes with you. A word of warning - this does not make pretty reading, but hopefully many of you will be able to relate to some of it.

So here we go with my nightmare round.

The first time I played Royal Lytham and St Annes the wind was howling. But the trees to the right of this brute of a par three sheltered us. I hit a glorious five wood. It soared into the air, and then the wind got hold of it and it started going left - and kept going left. I finished at least 50 yards left of the green - on a par three. Score? 5.

Out of bounds all the way down the right, with a road beyond. Thick, thick rough down the left, and then gorse. Lots of gorse. Oh, and bunkers in the middle of the fairway. Early in your round, you just want to find the fairway, hit a fairway wood and then a pitch and maybe walk off with a birdie. Cue two drives out of bounds, a third way left, hack out into the fairway, three wood hooked left into the gorse followed by a temper tantrum. Score? NR.

The tee shot is a blind one, hit over a hill, with trouble right and left and a couple of well-placed bunkers. On this particular day I hit a five wood slap bang in the middle of the fairway. My ball was in a downhill lie, in an old divot. To reach the green you have to clear a pond. You know where this is going, don’t you? I thinned my second, straight into the water. I then dropped my ball and hit my fourth shot fat, back into the water. Score? 8.

383 yards - easy, right? What could possibly go wrong? Plenty, as it turns out. Only a straight drive or one slightly left will do. My bad shot is a duck hook, which wouldn’t actually be too bad on this hole. But almost every time I have played this particular I have sliced the ball - and you really don’t want to go right. Two lost balls. Score? 8.

I was a member at Rushmere for a number of years and this was the hole that always caught me out - trees down the right, thick rough to the left, more trees even further left. The real horror show began with a horrible duck hook that I knew was a lost cause. Three off the tee. A wild slice into the trees. Miraculously, I found the ball. After three attempts to find the fairway, including a penalty stroke incurred when the ball rebounded off a tree and hit my leg, I decided to give up and pocket the ball. Score? NR.

This is a proper par four. There are trees to the right and a well-placed bunker on the right. If you go left you will find thick rough. And then you have to clear a large lake, with the green a full 50 yards beyond. This horror story began with a perfect drive. What happened next was a topped utility club that resulted in my ball disappearing into the lake, followed by an approach that finished in a green side bunker. Score? A well-played 8.

A simple enough par five, and one I have birded several times. But not on this day. My drive found the fairway bunker to the left, right up against the face. Second shot hacked out. Third shot? A shank. Fourth into trees on the right. Fifth played out sideways. Sixth into a green side bunker. Seventh on to the green. And two putts for a beautifully-crafted nine. 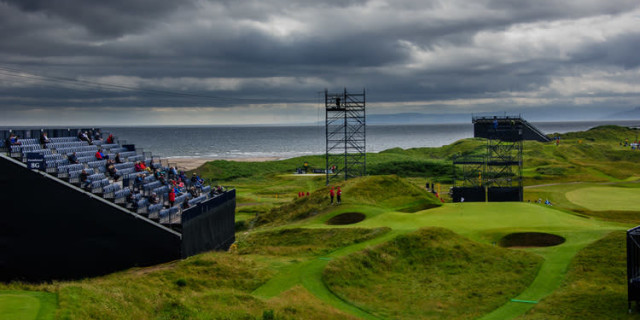 It is a tiddler of a par three, but it is one of the most iconic par threes in golf. Gene Sarazen famously made a hole in one here during the 1973 Open. If only! After seven holes I was going along really nicely at one under par. When I walked off the green I was two over after going from one bunker to another. Score? 6.

A glorious drive into the middle of the fairway. There was a slight breeze behind - maybe, just maybe, I could reach the green in two. I reached for my three wood. And the ball came off the toe and finished up on the practice ground, which is out of bounds. I reloaded and came up just short. My chip was thinned, clean across the green and onto the path behind. Erm, out of bounds again. Score? NR.

The Essex is a par 73 measuring a tad over 7,000 yards. It is a resort course, and it is one of my favourite courses in Essex. It is a golf course that suits my eye and I have enjoyed several great rounds there. But on this particular day I had been struggling for nine holes, and then it all completely fell apart. I hit my first drive miles left into thick rough and didn’t even bother looking for it. Drive number two went right (naturally) and was also never seen again. Score? NR.

There is no more beautiful golf course anywhere in the world. Which is probably just as well. This started off pretty well - a good drive and a second that finished at the back of the green. The problem is that the green slopes severely from back to front. Let’s just say that it took me five more to get down. Score? 7. 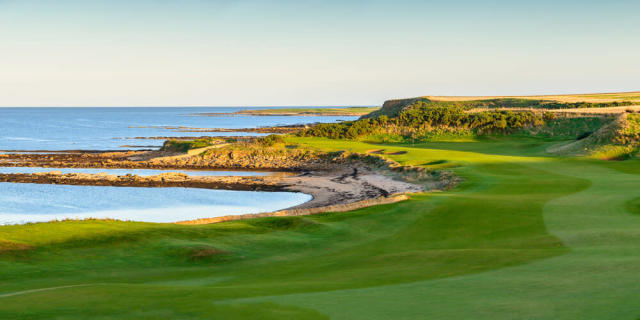 Kingsbarns is one of my favourite golf courses and the 12th is a spectacular long hole with the beach running all the way down the left. It is called Ordeal, which tells you everything you need to know. And on this particular day I found the beach not once, not twice but THREE times. Score? Don’t ask.

This course holds a special place in my heart because it is where my grandfather, a former club champion, taught me to play golf. I returned here during The Open at St Andrews in 2015 and was going along well on a freezing cold July day until I came to the 13th, which proved to be unlucky for me. I watched my drive disappear into the trees on the right, so I reloaded and found the fairway bunker. My ball was right up against the face. The misery continued all the way to green, which I three-putted. Score? 10.

Still smarting from my exploits on the previous hole, I stood on the 14th tee and took a deep breath. It is an elevated tee and the views are spectacular. The wind was howling straight into my face. I hit a five wood which found a bunker to the right. My recovery found a bunker to the left. My third shot barely got out of the sand, and I then three-putted. Score? 6. And still four holes to play.

It looks pretty innocuous and if you find the fairway it is a pretty straightforward hole. I have played it many times but the memory that sticks in my mind is of the time when I thought I had striped my drive and got up to the ball to find it in a pot bunker. Three shots later I was back in play. Score? 8.

When you stand on the tee, this appears to be a straightforward hole. But throw in the wind and some well-placed fairway bunkers and, well you know the rest. I refuse to go into detail because it hurts too much. Score? 9!

This is a brute of a hole on any day - there are trees all the way down the left, and the fairway slopes from left to right, with trees running down the right. So, hooked drive into the trees on the left. Ball gone. Three off the tee. Glorious drive that starts to the left of the fairway, lands and then kicks into the trees on the right. Ball found in the trees. Fourth shot is a hack out. Then a beautifully struck three wood. Or so I thought. The ball was never seen again. Score? NR.

This hole features in every one of my nightmare rounds of golf. I was standing on the tee, two under par. I had never broken par before. I had come close but never managed to do it. The hole has a huge clump of trees to the left of the green, a pond to the right and knee-high rough over the back. I toyed with the idea of hitting a nine-iron short, pitching to the green and settling for a two-putt bogey, which would have seen me finishing the day on one under par. The reality? I reached for my utility club. I flushed it, into what was a slight breeze. But as the ball soared into the air the wind suddenly became stronger and I looked on in horror as my ball splashed into the pond. Score? Double-bogey five and dreams of breaking par drowned in the water.

Well, there you have Derek's horror stories! We can only apologise if that has given you traumatic flashbacks of past disasters, but we'd love to know about the holes that would make up your nightmare golf course, so please share in the comment section below or via social media!

5 Must Play Bucket List Golf Courses in The UK

What is Your Dream Round of Golf?