Well that was awesome, unbelievable, stunning, mind blowing, even superhuman! 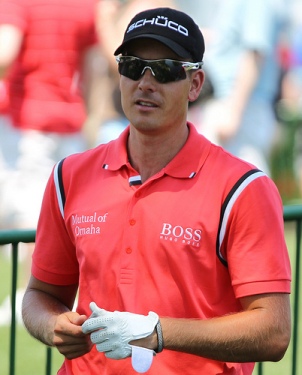 It is hard to find enough superlatives to describe  Henrik Stenson's end of season romp to victory in both the Fed-Ex Cup and Race to Dubai. It may be one of golf's great achievements. Where it will rank in history and how great it actually is, only time will tell, but for the moment Stenson can bask in the knowledge that has put together a run of results only matched in recent times by Tiger Woods.

Before we look at the highs, lows and impact of other players in 2013, lets first consider this:

So Stenson is clearly the player to beat in World golf right now and his achievements in 2013 may never be beaten, however he did not win a major and that will be his sole priority as he looks ahead to 2014. It is hard to find a course that does not suit his game and he may well be favourite come April as the World's best arrive at Augusta.

The European Tour is not a one man show though and there were some big highs and depressing lows for some familiar faces.

The likes of Rose, Poulter, McDowell, Kaymer and Manassero continue to progress and they will be looking ahead to next years majors and the Ryder Cup with relish. Poulter once again proved that he is the man for the grand stage as he did in the Final Series and all he has left to prove is the he can be the man on for the biggest stage of all and win a major.

There were signs of promise from some, Rory is looking close to his best and had a great Final Series with a brace of top tens, he can put 2013 down as blip and once he is more settled off the course he will no doubt be back to his best. It is not too hopeful to look for his name on the leader board at Augusta come Sunday afternoon.

Sergio Garcia continues to tease us with his talent if not his maturity. Ill considered comments earlier the year humbled him, but he is still petulant and childish on the course. He is easily good enough to win majors, but only if he gets out of his own way. Maybe 2014 will be the year he realises his potential?!

Despite the apparent strength of the European Tour, 2013 was notable for it's faltering old guard. Westwood limped along, often tetchy, still searching in vain for that elusive major. It may happen in 2014, then again it may not. No one is expecting anymore, merely hoping.

Paidraig Harrington continues to flitter in and out of form and really did not make an impact and was absent from the end of season top 60, Luke Donald was winless and is trying a new coach. He has time on his side, but 2013 was a troubling year for the Englishman.

Darren Clarke and Paul Lawrie look to be entering the Autumn of their careers and sadly it may be that 2013 closed the curtain on both their major hopes and Ryder Cup dreams.

Talking careers and Autumn, one man firmly refusing to believe in that adage is Miguel Angel Jiminez. Despite a broken 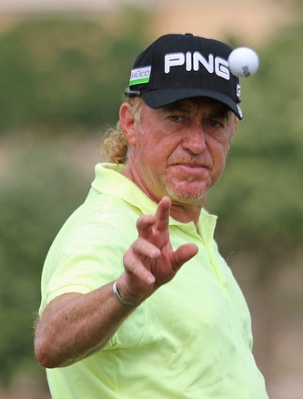 leg early in the year, he made the the trip to Dubai and finished the season with gusto with a T8. He may only be months from the Seniors Tour, but don't tell him that. The Spaniards legend continues to grow.

Then there was Paul Casey, the man who has promised so much, but has been hit by injury after injury. He showed signs of form early in the year only to follow each 66 with a 78, but then it clicked. His Irish Open victory may well be one of the most popular on tour all year.

So if the old guard is faltering, who is stepping up to take their place? Two weeks ago you would not of recognised the name Dubuisson. A 23 year old Frenchman who has steadily been progressing up the rankings with good if not unspectacular results. He finally exploded on the scene in Turkey, holding off the likes of Tiger Woods and Ian Poulter to claim victory. He then featured through to the last few holes in Dubai with a Top 3 finish and in doing so grabbing himself a shed load of Ryder Cup Points.

Dubuisson is now in the Top 35 in the World and 2nd in the Ryder Cup points list. With appearances at all the majors and WGC events in 2014 still to come, he will be hard to dislodge and is likely to make his Ryder Cup debut at Gleneagles.

Jamie Donaldson has also had a fine year and is primed to make his Ryder Cup debut. A 5th place finish in the Race to Dubai will fill him with confidence and the belief that he can become a force on the World stage.

Other notable performances came from 2 time winner Joost Luiten as well as Dane Thorbjorn Ollesson. Both will be looking to secure berths at Gleneagles with Luiten the favourite of the two. He is another player who has made a significant move up the World rankings and is on the verge of the all important Top 50.

McGinley will also have two Captains picks. He will be hoping Westwood, McDowell  and Donald make the team automaticaly, but if not he will have headache on his hands.

One major change in 2013 is the amount of Americans crossing the Atlantic to play on the European Tour. Peter Uihlein was incredibly impressive all year and his stock is rising rapidly as is three time Challenge Tour winner Brooks Koepka. Whats more, of the 26 qualifiers from this years European Tour School 4 came from the USA. Expect to see the stars and stripes appear on the leader board's of the European Tour a whole lot more in 2014.

So how should we rate the 2013 European season? Good, yes, but there will be concerns at the lack of sponsorship of events on the European continent. As a result More events look likely in Asia and the tour continues to become more of a global one with Asian stars such  as Thailand's Kiradech Aphibarnrat making a big impact.

The PGA Tour continues to strengthen it's purses and Europe is struggling to keep up. The fact that Els, Garcia and Schwartzel failed to show up in Dubai will worry the tour. Surely committing to two events in 4 with huge purses cannot be that much of a struggle? Despite this the Final Series was a success and the tour will tweak the format for next year to make sure it does not happen again.

What is for sure, is that 2013 will be remembered for one thing, or, I should say one man. The sublime Henrik Stenson.

Henrik Stenson - Back from the brink

Will Garcia ever grow up?