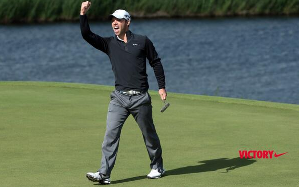 There is something special about the return of a star after a slump. It is the look that the player has of pride and accomplishment. They always knew they were good enough, they always knew they would win again and now they have proved it to rest of world.
It is that look that was plastered all over Paul Casey’s face on Sunday afternoon at Carton House following his first win in over two years at the Irish Open.
Casey at one point reached no.3 in the world and has slumped as low as no.167 in recent times, but with this win he is back in the top 100 and will look to build on his Irish open victory and re-enter golf’s elite.
The Irish Open once again delivered a great tournament with a weekly gate in excess of 80’000 it has become a huge stop on the European Tour. It was meant to be the show of Ireland’s superstar golfers with McIlroy, McDowell and Harrington all in the field. They all floundered and missed the cut leaving the home crowds to cheer on Shane Lowery to a 5th place.
There are many questions lingering in Ireland with the Open only a matter of weeks away, especially so for Rory, but there was one big question answered...will Paul Casey ever be great again? That was met with a resounding YES on Sunday.

Inbee Park still on track for the greatest of achievements 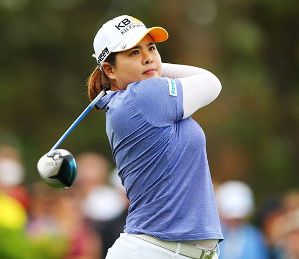 Inbee Park (South Korea) has won three, yes three! Majors in a row this year! In fact she has won the first three, leaving her on the verge of making history.
Her win at the US Open was her 4th major and leaves the World no.1 with the chance to become the first player, male or female, with a chance to win four majors in a calendar year.
Park setup her shot at history thanks to a 4 stroke victory at the US Open which was played at Sebonack Golf Club, Southampton, New York. Park will attempt to make history at the British Open which is due to be played at St Andrews in August.

Bill Haas confirmed himself as one of the most consistent players on the PGA Tour following victory at Congressional. The win sees him join an elite group of players that have won at least once in the past four seasons. The group includes Phil Mickleson, Dustin Johnson and Justin Rose.
As many as six players had a share of lead at some point on Sunday, but it was Haas that always looked the likeliest to win and he pulled away from the field with three straight birdies from the 8th.
His 66 on Sunday was good enough for a three shot win over Robert Castro. Tiger was on hand to present Haas with the trophy and questions continued to be asked of the 14 time major champion's elbow injury which kept him out of his own tournament. They were left un-answered and he remains a doubt for this month’s Bristish Open

Can Casey continue his comeback?
Paul Casey had been showing signs of form, but this win still came a little out of the blue. The question is can he continue his comeback and climb first into the top 50 of the world and then the top 10?
Just how badly injured is Woods?
A fit and healthy Woods looked back to his best earlier in the year and he may well have won that elusive fifteenth major at Augusta had it not been for his overly accurate approach play, but injury has once again struck and Woods looks all at sea.
Questions still remain, firstly about his chances of even playing at Muirfield later this month and most of all about his ability to continue in pursuit of Jack Nicklaus's major championship record.

In The Bag - Bill Haas

In The Bag - Paul Casey