Bill Haas seals victory at the AT&T - In The Bag 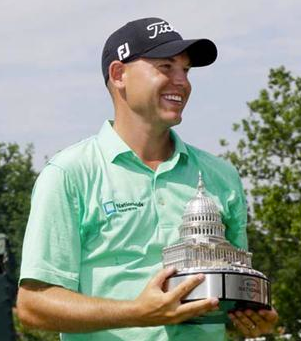 Bill Haas continued his stunning form of 2013 this weekend by firing a 5-under par final round to claim a three shot victory in the AT&T National on the PGA Tour.

Haas led the field in birdies at Congressional Country Club, posting 25 on his way to completing the win with a 12-under par total. This marks Haas’ seventh top-10 finish of the 2013 PGA Tour season, equalling his career high from 2011 and puts him in an elite group of only four players who have won at least one PGA Tour event in each of the last four years.

Bill Haas - In The Bag

Paul Casey - In The Bag

In The Bag Series - Complete listings