Titleist have announced the launch of the new AP1 and AP2 (714 Series) irons. The new irons 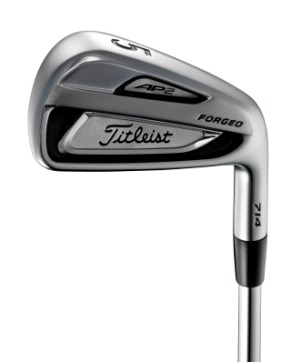 feature precise, progressive designs which have been developed by the Titleist Golf Clubs R&D team to produce optimum launch, trajectory and distance by loft.

A new advancement in design sees an CG height progression, precisely designed into both models, this creates higher launching long irons and flatter launching short irons for more carry distance with in turn produces more control to help players stop the ball on the green, closer to the hole.
Titleist R&D  have utilised innovative tungsten weighting and manufacturing technologies to make the AP1 and AP2 iron what they believe to be the most forgiving irons in the game at the head sizes and blade lengths preferred by serious golfers. Titleist explain that performance-engineered profiles with precisely placed high density tungsten weighting in the long and mid irons help produce higher MOI, increasing the speed on miss-hits to provide consistent distance without sacrificing workability or shot control.
Titleist have suggested that the new AP1 irons are the longest, most forgiving iron they have ever made, with a multi-material, dual cavity design for players that want maximum distance, forgiveness and solid feel in a great looking progressive game improvement chassis. The new AP2 models are multi-material, forged irons that offer distance with trajectory control and forgiveness with workability in a solid feeling, great looking tour proven chassis. Both AP1 and AP2 feature a satin polish playing position with bright polish cavity highlights for superior appearance at address.
“When it comes to iron play, distance without the ability to stop your shot is meaningless. You have to hit the ball far 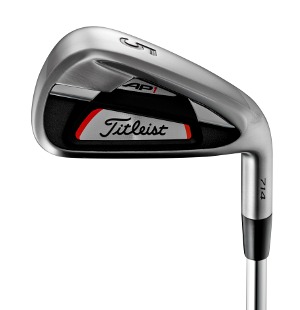 enough to reach the green, but also have the proper ball flight to stop it near the hole,” said Steve Pelisek, General Manager, Titleist Golf Clubs. “What our R&D team has accomplished with the new AP1 and AP2 models is impressive, effectively taking each individual iron as its own design and optimising its performance to provide longer distance, more consistent distance and stopping control, even when you don’t hit a shot perfectly.”
On the European Tour and PGA Tour, the new models were launched this summer with immediate validation and success. Two instant converters to the new AP2 irons earned victories just weeks after the new models were made available. One of those players, Titleist Brand Ambassador Jason Dufner, played a set of new AP2 irons to record victory at the USPGA Championship for his first Major title.

Nearly 40 players on the worldwide professional tours have already switched to the new AP1 or AP2 models since the seeding and tour validation process began in June and July at the AT&T National on the PGA Tour and the Scottish Open on the European Tour.

At the John Deere Classic, just two weeks after the new models made their debut on the PGA Tour, Jordan Spieth trusted the new AP2 irons for victory. Less than a month later, Jason Dufner earned his first Major title at the USPGA Championship playing a new set of AP2 irons. Dufner, who carries AP2 4-PW irons, hit 54 of 72 greens in regulation at Oak Hill, which ranked third overall for the week.
“The new AP2’s are really nice. The soles are better, the bounce is configured a little bit differently, and the feel is better,” Dufner said. “They just feel really solid through the strike, there’s no turf grab with the leading edge and they’re just going right through the turf really nice. They feel really solid all around, even if you catch one a little thin or a little heavy they still seem to hold their flight well.”
Other players who have already switched to new AP2 irons include: Matteo Manassero, Victor Dubuisson, Ben Crane, Brendon de Jonge, Jbe Kruger, Jason Bohn, Brad Faxon and Jay Haas. Ben Curtis switched to the new Titleist AP1 irons the first week they were available 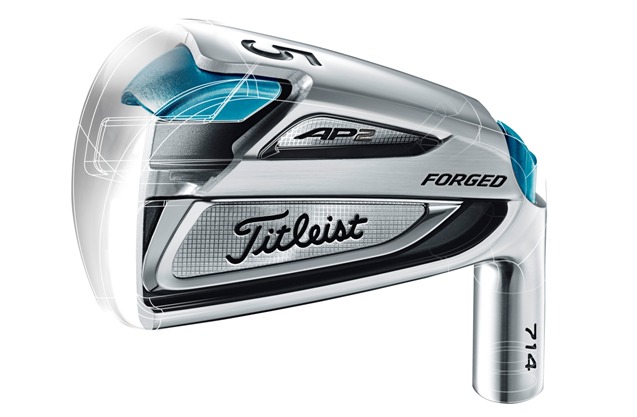