A St Andrews Resident Perspective of The 150th Open

“With a score of 268, the winner of the gold medal and the Champion Golfer of the Year is Cameron Smith.”

Following those words by The R&A's Martin Slumbers, the town of St Andrews exhaled. This beloved corner of Fife had held its breath for months, perhaps even years under the weight of unrealistic expectations.

Could the game's spiritual home and its revered Old Course somehow deliver on the unprecedented hype and anticipation that was placed upon this 150th playing of golf's oldest championship?

Remarkably, these ancient links did stage an Open for the ages, one that (in the minds of his many fevered supporters on the ground and beyond) could have only been bettered had Rory McIlroy fulfilled a destiny of sorts and claimed the Claret Jug in the Auld Grey Toun.

Maybe that prospect was always too good to be true - it would have made this the absolute perfect championship - but perfection is something forever unobtainable in this game; those ghostly figures of St Andrews past Allan Robertson and Tom Morris were all too aware of that many generations ago. 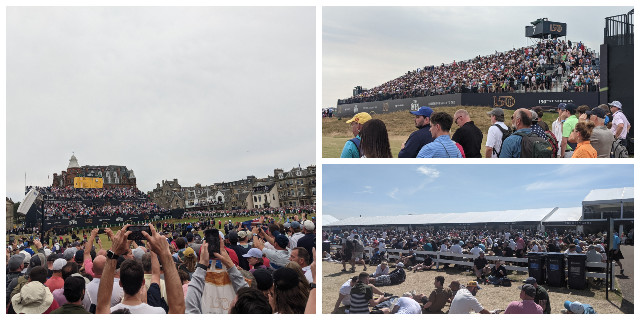 There was a tangible wistfulness to the air within the town on Sunday evening; that weary but grateful realisation that something special had drawn to a close. The packed grandstands emptied, the last pints were drunk, the final burgers consumed, and the people of St Andrews once again reclaimed their Old Course.

The lights had come on at the end of the wedding reception to signal that it was finally time to go home. Only, for myself and several thousand other permanent residents, we already were at home.

Everything had led to this. That was the apt message pushed by the marketing machine ahead of the event. And it meant a lot more than simply recording the previous 149 championships that had been played since 1860.

I couldn't help but think of what we had all collectively overcome to reach this point.

Those early months of the pandemic and the dark reality of lockdown is not something to revisit lightly, but the scenes of the past week would have seemed fanciful during the spring of 2020 when instantly, St Andrews, a place usually so bustling with its student population and conveyor belt of visiting golfers, became more desolate than the newly parched fairways of The Old Course.

It was an eerily quiet and surreal reality that even saw the old links itself fall silent for the first time since King James II banned golf in 1457.

The 150th Open was postponed by a year, but back then it could have been a lifetime away.

Could that explain why when Paul Lawrie - the admirable Champion Golfer of 1999 - hit the first shot of this historic championship on Thursday morning, there was a telling hint of moisture in my eyes? It was finally here. We had made it.

Fortunate to pass through the gates on each day of the week, Sunday to Sunday, I was lucky to witness a series of moments that will stick with me. 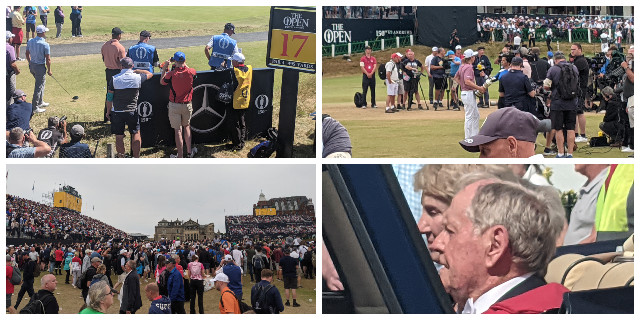 Having a clear view of the Golfers' Bridge over the Swilcan Burn as Tiger Woods crossed on Friday to a scene of gratitude from the spectators and the town whose modern history was enhanced by his incredible victories; relishing a glimpse of the creative genius of Lee Trevino during the Celebration of Champions; following the street procession led by Jack Nicklaus and his wife Barbara after the Golden Bear was awarded honorary citizenship of St Andrews, and absorbing the fanfare that surrounded Rory McIlroy all week. It has been a feast for the senses and the fullest of experiences.

Beyond everything, I had the added thrill of being reconnected with three of my Golfshake colleagues, Darren and Andy - who I hadn't seen in three years - and Matt, whom I hadn't met at all despite a decade of correspondence. That made everything worthwhile. With them, I became a tourist within my own town, having a Tailend for dinner (vegan burger for this vegetarian) overlooking the West Sands, enjoying the delicious ice cream of Jannettas, and walking the fabulous Callaway Big Bag Trail.

We even had the chance to play some golf together at dawn and dusk - taking on the visually stunning and intelligently designed Dumbarnie Links, which is undoubtedly a modern classic in the making that will rank alongside the likes of Kingsbarns and Castle Stuart, and a magical twilight round on the storied links at Elie, where we played a group ahead of esteemed American golf writers Alan Shipnuck, Michael Bamberger and Bob Harig. 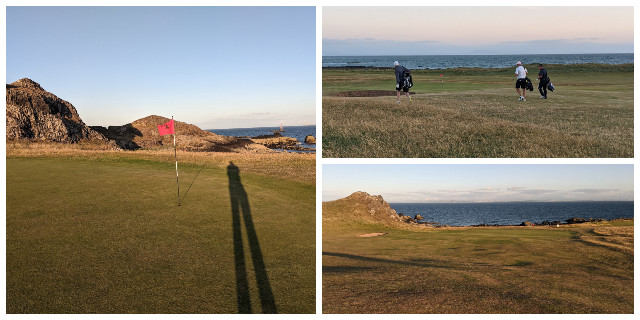 But this was all about St Andrews. When you turn up at a golf tournament or switch on the TV, you can be guilty of forgetting the journey that led to it all coming together. It was late March when the first signs of infrastructure started to appear; the stands, the hospitality, the tented village, then the branding and tee markers. I photographed each stage extensively, walked the course weekly, and even had the thrill of playing it with much of the dressing in place. The Open was more than four days or one special week, it had been a reality that spanned months, even years in the making.

And now, it will all start to come down, like packing away the decorations after Christmas. Bittersweet, yes, but soon the course and town will be restored to its normal state, revealing the beauty that is everlasting.

Within a month or so, the only trace of this Open will be the dusty, trodden pathways left behind by those temporary structures and the many thousands who strolled the links. Soon, the 150th will be nothing but a memory - but what a phenomenal one, something that was at times overwhelming, but something too that was deeply meaningful.

When the legendary Bobby Jones was honoured by the town in 1958, he famously said:

"I could take out of my life everything except my experiences at St Andrews and I would still have a rich, full life."

Anyone who was there for The 150th Open Championship can appreciate what he meant.

“Will ye no come back again?” was the poignant chorus sung by the townsfolk at Jones.

And that is the message from this St Andrews resident. But you will make it back again. We eagerly await your return.