There is NOTHING Like an Open at St Andrews

WHAT a week that was. The 150th Open Championship was long-anticipated and boy did it live up to expectations.

There are many who believe that the Old Course is no longer a tough enough challenge to host The Open and say it should be dropped from the rota. I would suggest that they ask the 290,000 spectators who attended if they share that view? Believe me, there is NOTHING like a St Andrews Open.

And I would further suggest that they look at the quality of the final leaderboard. Cameron Smith is a world-class golfer who has been knocking on the door to win his first major; runner-up Cameron Young may be a PGA Tour rookie but he possesses every shot in the book; Viktor Hovland will surely win majors in the future. And Tommy Fleetwood has twice finished second in majors and is now clearly back to his best.

And then there is Rory McIlroy. There will be those who suggest he fluffed his lines again, that he threw away a golden opportunity to end his major drought. The reality is that the Northern Irishman produced four sub-par rounds and if you had told him before he started his final round that he would shoot a 70, beat Viktor Hovland by four shots and lose then he probably wouldn’t have believed you.

Smith shot a 64, with eight birdies and not a single dropped stroke. And five of those birdies came in succession, when he needed them most. Yes, you could argue that McIlroy missed a few crucial putts but this was not a major he threw away. This was a major that Cameron Smith won.

The Old Course presents its own unique set of challenges and the best golfers on the planet found the answers. 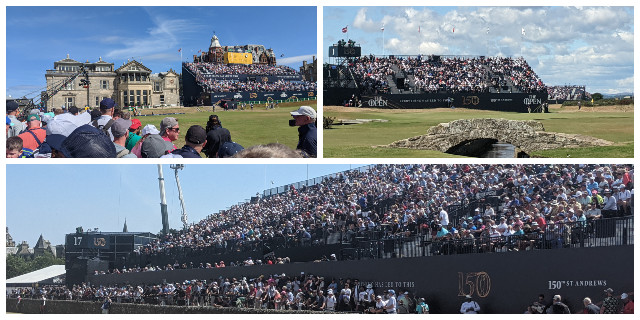 There were many things that will live long in the memory about an incredible week at St Andrews. The Champions Challenge on the Monday brought together some of the legends of the game, playing four holes alongside some of the most inspirational disabled individuals I have ever seen.

And how good was it to see the smiles on the faces of the likes of Gary Player, Paul Lawrie, Nick Faldo, Bob Charles and Lee Trevino as they once again strode the fairways of the Old Course.

The most emotional moment of the week came when Tiger Woods, a two-time winner at St Andrews, walked down the 18th fairway to a tumultuous ovation as he missed the cut. Woods has seen and done everything there is to achieve in golf and yet even he was reduced to tears by the warmth of the reception he received. And I don’t mind telling you that the tears rolled down my cheeks too.

And do you know what? This was an Open that I didn’t want to end. Ever!

How to Play The Old Course at St Andrews

Tips For Planning a Golf Trip to St Andrews

Playing The Old Course Just Before The 150th Open