Everything You Need to Know About Golf Club Lofts

Put simply, the loft of a golf club is the angle of the club’s face when the shaft is positioned vertically to the ground. Essentially, it’s how much the club tilts away from the target, helping to get the ball into the air. Whilst the loft of a club isn’t the sole factor in how high a ball will go (things such as club speed, spin, and angle of attack all also play a part), with all other things being equal, it is the reason for your 7-iron generally flying higher than your 6-iron, as the former has more loft.

The majority of manufacturers build in a consistent gap of around 4° between the irons in their sets, which generally correlates to the club with more loft travelling between 10-15 yards shorter, and coming into a green with a higher descending angle, helping the ball to stop more quickly.

Longer irons have the least amount of loft, helping the ball to travel further on a flatter trajectory. However, there is also a trade-off, as the player needs to generate enough speed with the reduced loft to ensure that the ball actually makes it to the top of its flight. This is one of the biggest reasons for many handicap golfers moving towards utility clubs and higher lofted fairway woods, as the faster faces and technology within these clubs help the ball towards its apex, creating a shot that fits the gap consistently at the top of the bag. 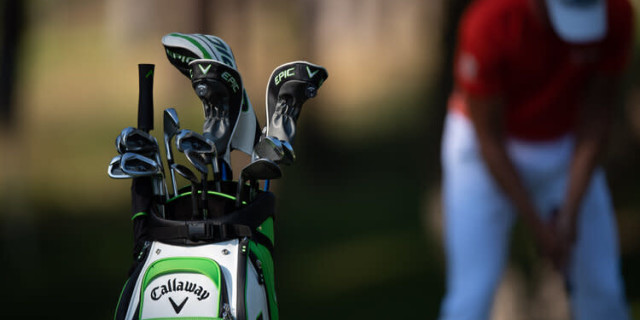 Loft continues to be an important consideration once you’ve moved out of your irons at both ends of the bag too, with much of a driver fitting spent concentrated on getting the head with the correct loft and spin characteristics for your swing. As with the longer irons, you need enough speed to get the most out of the club at a lower loft, but with loft comes spin, and a driver that has too much will often fly too high, spinning sub-optimally, and hitting the fairway at too steep an angle to generate significant roll out. Modern day drivers will generally have between 8°- 12° of loft, with launch monitor data supporting this window as the most beneficial for the average golfer. However, in years gone by, it wasn’t uncommon to see drivers with less loft, as the smaller driver heads generally produced more spin, helping the ball into the air.

Speaking of helping the ball into the air, loft is also pivotal to the setup of the wedges at your shortest end of the bag. Modern day Pitching Wedges can be as strong as 44°, creating a large gap between this club and the traditional Sand Wedge at 56°. As a result, many golfers will now opt for a specialist club in the space, known (unsurprisingly) as a ‘Gap’ Wedge, and carrying a loft of between 48°- 54°. This allows for a more consistent yardage gap from your irons through to your highest lofted club, which may be a 60° Lob Wedge. The increased lofts in your wedges will help to start the ball higher, with the added spin created by the friction as the ball interacts with the club, keeping it on a true trajectory, whilst also helping the ball to stop quickly on the green.

But loft also plays a part in the one club that’s not designed to get the ball into the air! Whilst putters are designed to roll the ball along the ground, they need a small amount of loft to prevent the pull from digging into the ground. Usually this would be anywhere from around 2° to 5°, although armlock putters can have as much as 7° or 8° to counteract the large forward press needed for them to be used effectively.

There you have it - a necessary ingredient in the performance of all 14 clubs. One of the main reasons for your irons going different distances, and the facilitator in your super smooth rolls on the greens!

How to Get The Most From Your Golf Alignment Sticks