Designed to give you options as you approach the green, just how many wedges do you need in your golf bag?

Back in the days of Seve Ballesteros, the Spanish wizard famously relied pretty much exclusively on his 56-degree Sand Wedge, opening and closing the face at will to create all manner of spectacular shots. However, whilst the Ryder Cup legend was delighting with a single stick, many of his contemporaries had already begun to include a higher lofted ‘Lob Wedge’ into the bag, negating the need for any manipulation of the face when needing to hit the ball higher.

So you’d thought that would be the end of it? Your Pitching Wedge, followed by a Sand Wedge, and then if you really needed, a Lob Wedge. And for a while, you’d have been right …

However, the last decade or so has seen a trend towards stronger-lofted iron sets from the main manufacturers. As golfers continue to crave distance, the equipment brands now produce sets with lofts that might be as much as six or seven degrees stronger irons than what was once considered ‘standard’. Whilst this may be great for the ego, and mean that you’re hitting your current 7-iron further than your old 6-iron, it has created a small issue at the bottom of the bag.

How Many Wedges Do You Need? 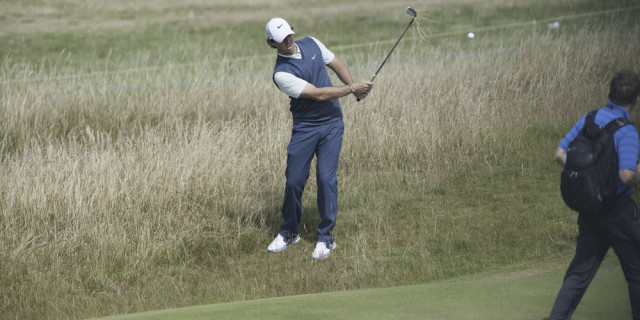 Enter; the Gap Wedge, sometimes known as the Approach Wedge. The club does what it says on the tin, bridging the gap between the modern Pitching Wedge (which might now be as low as 42-degrees) and the 56-degree Sand Wedge. Usually coming in at between 50-54 degrees, a Gap Wedge can be a huge asset to the bag, particularly on courses which regularly require approaches of 80-110 yards.

So, there we go, four wedges; Pitching, Gap, Sand, Lob.

But hang on a minute, what if you’re regularly needing a little more help to get out of severe bunkers or to get the ball to stop on its mark, even on firmer greens. You might want to copy the man many think of as the modern-day Seve, and grab a 64-degree wedge - a la Phil Mickelson. Whilst most manufactures now offer wedges with more than 60-degrees, both Callaway and TaylorMade have taken this a step further, coupling the loft with a higher toe design, creating even more surface area to play around with.

But whilst these 64-degree additions can give the golfer options, they do also pose a dilemma. With a maximum of 14-clubs allowed in the bag, adding a fifth wedge is often just not feasible. 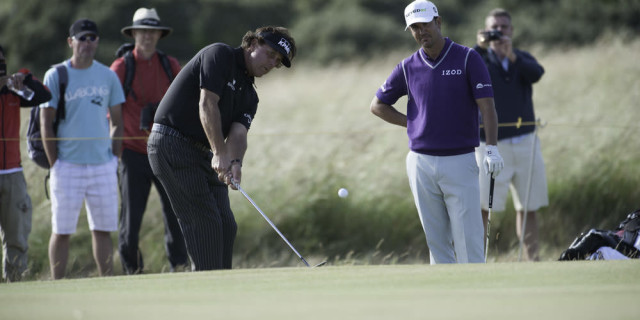 The solution in this case is to spend the time to look closely at your required distances, and build your set around your gaps. Figure out the distance that your Pitching Wedge carries, and then consider what the highest lofted wedge you’d like to carry is. Once you’re comfortable with this club, spend some time to play a variety of shots, figuring out what’s the longest and shortest you can use it from. Then simply fill in the gaps between the two!

On average, a modern-day Pitching Wedge is likely to have around 44-degrees of loft, meaning that those also carrying a 60-degree Lob Wedge may have as much as 40-yards between full shots with the pair. In this case it may be advisable to add both a Gap Wedge and Sand Wedge, to ensure there’s never more than 15-yards or so between clubs. This would be considered a fairly average modern setup, with four wedges covering everything from around 120-yards and in.

If you are looking to emulate Mickelson and co. by adding a higher-lofted specialist club to your arsenal, then you’ve got a decision to make. Are you skilled enough to play around with the loft in your hands, or are you going to need to add an extra wedge to your lineup, potentially going something like 44, 50, 54, 58, 64-degrees. If so, consider where you’re going to be missing out at the other end. Can you afford to drop your 5-Wood or Hybrid? How about that driving iron that’s acting more as an ornament than an effective on-course companion?

We’ll leave that up to you to decide - but if you’re weighing up your options, it’s definitely worth taking into account the sorts of courses you’re regularly playing so as not to leave yourself ill-equipped. If your local track requires you to hit a myriad of long approaches, then you may decide the addition of an extra wedge just can’t be justified.

A final consideration is the bounce that you have on your specialist wedges - effectively, how much do you want your wedges to ‘dig’ into the turf, versus ‘glide’ along the surface. Some golfers choose to have consistent bounce on their wedges throughout their set, allowing for the swing to be simply replicated with each. Others prefer a mix of bounce, which can provide options on differing lies. Again, it’s one for personal preference, and something to check over with your fitter the next time you’re looking to upgrade your set.

So, the truth is that there isn’t a ‘correct’ number of wedges that need to be in your bag. It might be two if you’re Seve. Five if your Phil Mickelson. Or four if you’ve got a relatively modern set of irons with a 44-degree Pitching Wedge. Whichever setup you plump for though, it’s wise to ensure they’ve been properly fitted for your game, hitting the flight windows that you like to see, and giving you versatility from a variety of lies on both full and partial shots.

How to Improve Your Scores in The Monthly Medal