Bonus Announced for Journeymen of Golf

In his weekly - View From The Fairway - Sports Journalist Derek Clements reports on the last announcement from the DP World Tour guaranteeing every player who plays in at least 15 tournaments $150,000 and poses the questions - do the players have LIV Golf to thank?

THE DP World Tour’s decision to increase prize money for the new season is hardly surprising. And in any event, it is unlikely to change to the lives of the top players, such as Rory McIlroy, Matt Fitzpatrick, Tyrrell Hatton and Jon Rahm, who earn vast sums combining life on both their “home” tour and the PGA Tour.

For me, what was far more eye-catching was the announcement that every player will be guaranteed $150,000 as long as they take part in at least 15 tournaments.

After the Portugal Masters, 38 players had pocketed at least 1m euros. It sounds like a great deal of money, but remember that players also have to fund travel, hotels, caddies and coaches.

From nine starts, Rory McIlroy had earned a shade over 5m euros. Remember here that we are talking purely and simply about his DP World Tour earnings - he picked up more than $26m on the PGA Tour. 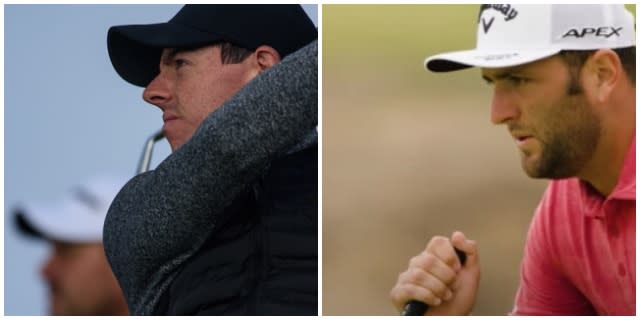 And then you have somebody like Oliver Fisher. The Englishman played in 24 tournaments and finished in 316th place in the money list in Europe. His earnings for the season? 9,973 euros.

Can you imagine the difference it would have made to the lives of these golfers if they had gone into the season knowing that they were guaranteed $150,000 before they even hit a ball?

Keith Pelley, the DP World Tour’s chief executive, said: “Although we will never lose the magic of the meritocracy and purity of a performance-based structure, this now offers certainty of income to those players who have made it to the pinnacle of the professional game in Europe.

“Alongside the John Jacobs Bursary for the top five players who graduate to the DP World Tour from the Challenge Tour, it will provide security and a strong platform for emerging players in particular as they come through the global pathways we have created.”

Remember that most of these men are married, with young children at home. They grind away week in, week out, missing cut after cut, hanging around in airport lounges, spending the night alone in hotel rooms, worrying about how on earth they are going to provide for their families.

Fisher, Storm, Paisley and Porteous would have earned more as supermarket workers. And you can be sure that many would-be Tour players will be doing precisely that to see them through the winter months.

I know that there are no guarantees in life, but it is all too easy to run away with the idea that today’s Tour golfers are handsomely rewarded. Of course many of them are. But far more are not.

And all of this has, of course, been brought sharply into focus as a result of the mind-boggling sums on offer via LIV Golf, with Dustin Johnson trousering $35m for playing eight 54-hole tournaments. And that’s without taking into account his signing-on fee, rumoured to be in the region of $100m.

Even Pat Perez, one of the also-rans in LIV Golf’s maiden season, picked up in excess of $8m.

The PGA Tour is also guaranteeing that every player will receive a $500,000 bonus at the end of the 2022-23 season as part of a schedule that sees prize money hit a record $415m. To put that in perspective, the DP World Tour’s total prize fund for next season will be $144.2m, while LIV Golf’s 14-tournament schedule will offer total prize money of, wait for it, $1bn.

And the DP World Tour has also announced an increased bonus pool of $6m to be shared among the top eight players next year.

LIV Golf has divided opinion among those who follow the professional game but its arrival has ensured that those who ply their trades on the PGA and DP World Tours are being better rewarded for their efforts - at all levels.

And that, surely, can only be a good thing.

The Golfers Who Lost Their DP World Tour Cards