The Golfers Who Lost Their DP World Tour Cards

GOLF can be a cruel mistress. If you doubt it, just ask Renato Paratore.

It meant that he finished in 118th place in the DP World Tour rankings. Only the top 117 retain their full playing privileges for the 2022-23 season. Had Paratore finished a shot better he would have squeezed through in that 117th and final position.

So that moment of unbridled joy on the 18th green turned out to be for nothing. Of course, if he had played better throughout the season then he wouldn’t have been in that position.

But Paratore will now have to decide what he does next. He can either head to the final stages of qualifying school, join the Challenge Tour - or walk away from the game.

And he is not the only man who now faces some very tough decisions.

You may remember that we highlighted the plight of Scotland’s David Drysdale, a man who has played getting on for 600 tournaments without a victory. He began the Portugal Masters outside the top 170 and needed a win. He finished in a tie for eighth place, which meant he ended the season in 158th place. It was his solitary top-10 finish in a season during which he made 31 starts and missed 19 cuts.

Drysdale is 47. Can he really face going to tour school? Probably. In any event, he will receive a number of sponsors’ invitations next season. In a career that began in 1999, Drysdale has never won and managed just four runner-up finishes. But it is the hope of a breakthrough that keeps him and others like him going.

Paratore and Drysdale are not alone in wondering what might have been. 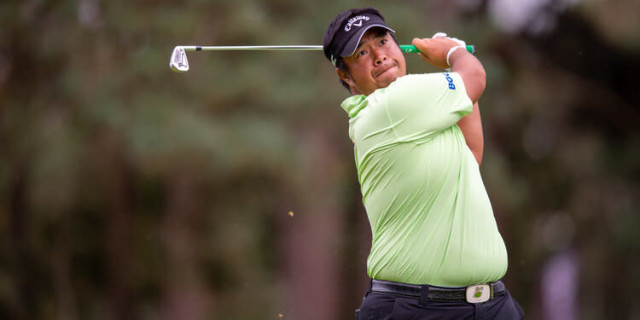 Bjerregaard won the Portugal Masters in 2017 and the Dunhill Links Championship the following year. In 2018 he finished 13th in the end-of-season rankings and very nearly played in the Ryder Cup. As recently as 2019 he finished fourth at the WGC Dell Technologies Match Play.

Aphibarnrat has won 11 times in total and four times on the DP World Tour, Stone is a former winner of the Scottish Open, Horsey is a four-time DP World Tour winner, Luiten is a six-time winner and Nienaber is one of the biggest hitters in the game and is widely regarded as one of the best prospects in world golf.

Almost inevitably, all of these golfers will be back for more, dreaming of just one more chance to lift a trophy and make a winning speech.