WHO says there is no money to be made from playing professional golf for a living? Trust me, if your son shows any potential whatsoever, you should be pushing him as hard as Richard Williams did his tennis-playing daughters, Venus and Serena. And there are also some encouraging signs within the women’s game.

Let’s start by looking at Rory McIlroy. He finished top of the pile in the FedEx Cup in 2021-22, winning three times and pocketing $8,654,566 in prize money on the PGA Tour alone. On top of that, he received an $18m bonus for winning the FedEx Cup. 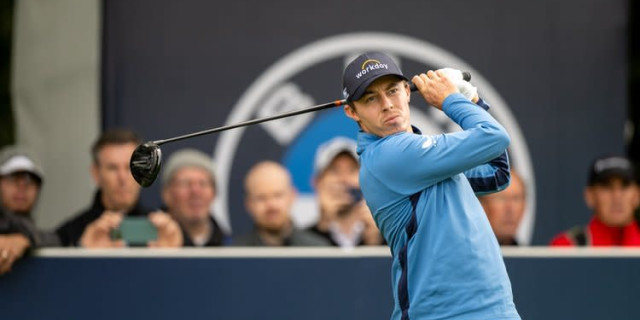 You may not be surprised to learn that McIlroy is also the leading all-time money winner on the DP World Tour, with 42.7m euros - bear in mind that this sum includes his earnings from majors and WGC events so there is some crossover with his PGA Tour earnings.

And there’s more. McIlroy remains on course to top the 2021-22 DP World Tour money list too, with a share over 5m euros to his credit from just nine starts.

Mind you, Rory still has some way to go before he catches Tiger Woods, whose career prize money on the PGA Tour stands at $120m.

The figures have actually been skewed by the PGA Tour, who have somewhat bizarrely removed Phil Mickelson and Dustin Johnson from the list.

Mickelson should be in second place with $95m, while Johnson should be third with $74.9m but both men became persona non grata when they defected to LIV Golf.

In truth, Johnson must be pinching himself. He is one of the leading lights for LIV Golf, winning in Boston and racking up a further five top-10 finishes.

By his own standards, he had a pretty poor tournament in Bangkok, where he finished 16th despite a final round of 67. But it was good enough for the American to secure top place in LIV’s season-long individual standings with two events left.

He collected $4m for his victory in Boston and millions more for finishing eighth in London, 4th in Portland, 3rd in Bedminster and 3rd in Chicago.

His reward for claiming the individual title? A whopping $18m, taking his LIV Golf season’s earnings to about $26m, not including extra earnings from the team event.

And he is not finished yet.

The final LIV Golf event of 2022 is the season-ending LIV Golf Team Championship at Trump National Doral Golf Club in Miami, October 28-30. The Blue Monster course will stage the seeded three-day, knockout tournament featuring both matchplay and strokeplay as LIV Golf’s 12 teams compete for a mind-blowing $50m purse. And guess what? Johnson’s Four Aces team find themselves in pole position to win that too.