It's set to be another great week at the Portugal Masters as the DP World Tour makes its return to the acclaimed Dom Pedro Victoria, which is looking in great shape for the tournament.

Denmark’s Nicolai Hojgaard will be looking to go one better than last year, when he was edged out by eventual winner Thomas Pieters despite carding a superb seven-under-par 64 in the final round. Also in the field will be fellow 2022 Tour winners Thorbjorn Olesen, Victor Perez, Oliver Wilson, Robert MacIntyre and last week’s Mallorca Golf Open winner Yannik Paul as the season builds towards an exciting climax with Rory McIlroy still leading the DP World Tour Rankings.

The tournament also offers another opportunity for players to lay down an early marker for 2023 Ryder Cup selection with qualification points on the line. Hojgaard has long been touted as a future Ryder Cupper while MacIntyre looks a strong contender to make the team in Rome following his win in last month’s Italian Open at Marco Simeone Golf Club, which will host next year’s biennial event.

On his return to Portugal this week, Hojgaard said: “I have good memories from last year’s tournament and although I was disappointed at the time to finish second, I took a lot of positives from how I played in that final round. I can’t wait to get back and I would love to go one step further this year.” 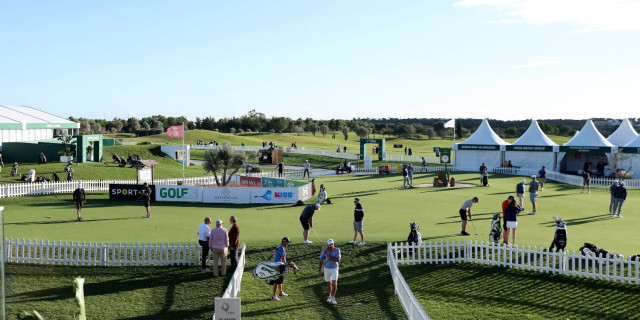 Situated in the centre of the golfing mecca that is the Algarve in the bustling coastal town of Vilamoura and just 20 kilometres from Faro Airport, Dom Pedro Victoria has built a reputation as one of Portugal’s finest layouts since first opening for play in 2004.

Built with a view to host major international tournaments, Dom Pedro Victoria was designed by the great Arnold Palmer and is defined by sprawling bunkers and rolling fairways as the layout juts back and forth - meaning no two holes are the same. Meanwhile, a number of water hazards must be navigated that will demand the very best of your ball-striking.

A little more than a year after opening, the course hosted the World Cup Championship and in 2007 welcomed the inaugural Portugal Masters, hosting the tournament since as one of the longest-serving venues across golf’s major tours.

The Portugal Masters has welcomed a plethora of DP World Tour greats and top-line winners over a 15-year period that include Alvaro Quiros, Lee Westwood, Shane Lowry, Andy Sullivan, Padraig Harrington and Tom Lewis, the latter being the only two-time winner of the event. In 2018, Dom Pedro Victoria was the venue where Englishman Oliver Fisher recorded the DP World Tour’s first sub-60 round, carding a magnificent 59 during the second round of the tournament.

To add to the Victoria, there are another four courses in and around the town of Vilamoura that make up the Dom Pedro Hotels & Golf Collection, with Pinhal, Laguna, Millennium and Frank Pennink’s iconic Old Course - one of the most established designs in Portugal - adding to an impressive roster of layouts. In September, Dom Pedro’s Laguna Course was reopened to much acclaim following a requalification process that was based on three key pillars: sustainability, biodiversity and improving the quality of the course.

Long considered one of the most popular European hubs for travelling golfers, Vilamoura’s vibrant nightlife and bars are complemented by world-class golf with Dom Pedro’s five courses offering a different test for all levels of player. Three hotel properties, Dom Pedro Vilamoura, Dom Pedro Marina and Dom Pedro Portobelo serve as ideal bases for your stay.