18 of The Toughest Holes in Golf

REGULAR subscribers will know that we have spent a fair bit of time looking at nightmare golf holes. So we thought it was about time that we featured 18 of the holes that give those who compete on the PGA and DP World Tour the heebie-jeebies.

You won’t be surprised to see that it features several huge par fours. You may, however, be taken aback when you realise that it also contains four par threes - all beautiful, but all with the potential to inflict disaster and wreck the best of scorecards. It also includes eight closing holes. 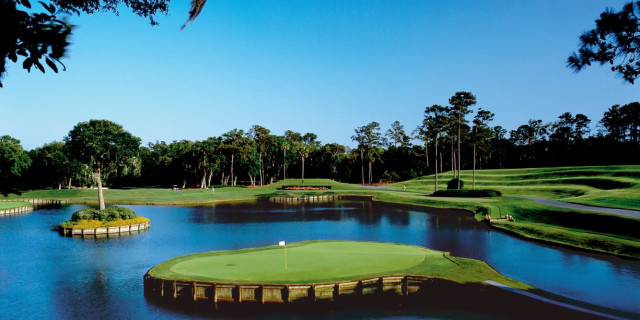 In 2013 Sergio Garcia came to the 17th with a chance to win The Players Championship. After dumping two balls in the water he walked off the green having signed for a seven. He is not the only one to have come to grief on this par three, which features an island green. Even if you find the green, the ball can spin back into the water or run through the back into the wet stuff. And find the back of the green with the flag at the front and you could be looking at four putts.

Survive the 17th and you then have to climb aboard the 18th tee and face a nightmare drive with water all the way down the left and a world of trouble on the right. Even if you hit the perfect tee shot you will then face a second shot that will find the water if you pull it a fraction left. 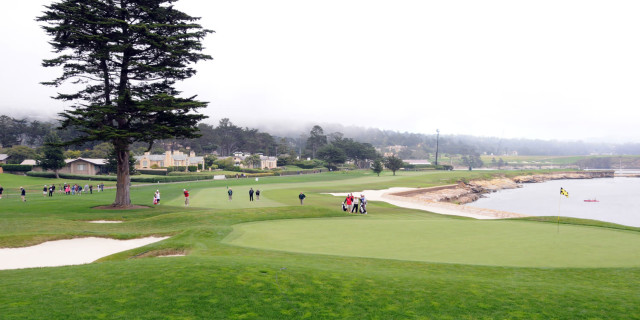 The view from the final tee at Pebble Beach is spectacular, with the Pacific Ocean to the immediate left of the fairway, waves often crashing onto the course. There is out of bounds on the right, as well as a tree in the middle of the fairway that can block out your second. The problem here is that the ideal line with your drive is to the left but pull it a fraction and your ball is gone forever. Go right and you could also lose your ball or find the sand. And hit your approach beyond the flag and you face a horrible downhill putt. 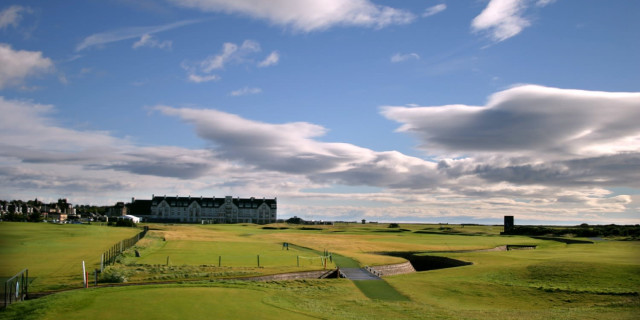 This is one of the toughest finishing holes in golf. Just ask Jean Van de Velde. Standing on the tee during the 1999 Open Championship, the Frenchman needed only a double-bogey six to secure the Claret Jug. He required seven blows. There is trouble wherever you look, with the Barry Burn winding its way through the fairway and cutting back across the front of the green. Oh, and that’s without mention knee-high rough to the right and evil greenside bunkers.

One of the most famous holes in golf. The tee shot is blind, requiring pinpoint accuracy over the boundary of the Old Course Hotel. Go too far right and you are out of bounds, too far left and you are in the rough with an impossible approach to a cunningly designed green. It is narrow, protected by a pot bunker to the front and a road at the back. A bogey is your friend here.

‘Golden Bell’ looks harmless enough. It is a par three measuring barely 150 yards. But there are several conundrums to be dealt with. For starters, there is always a swirling wind. And then there is Rae’s Creek in front of a shallow green. There is trouble behind the putting surface, which slopes from back to front towards Rae’s Creek. This is the hole where Jordan Spieth had his meltdown during the final round of The Masters in 2016. Tom Weiskopf once required 13 strokes to negotiate this hole.

A tiny par three that appears to be utterly innocuous when you stand on the tee. There is no out of bounds and no water. Simple, eh? No. ‘The Postage Stamp’ features a small green well protected by deep bunkers - the kind you don’t always get out of straight away.

What is it about Pete Dye? The fact that this hole has been nicknamed ‘Dyeabolical’ tells you everything you need to know about this finishing hole. Find the right side of the fairway, and you’ll be in good shape, although the approach is likely to be lengthy. The other option is to carry the swarm of bunkers down the left side, but you’ll need to hit one out of the screws. Manage that, and all that’s left is the small task of evading Seven Mile Creek.

A monster of an opening hole, measuring around 500 yards and with a fairway that measures just 25 yards - that’s just nine feet more than a cricket strip! There are also bunkers galore to be avoided. And if you manage to find the short stuff you then face a semi-blind second to a green that slopes away from the fairway.

This has all the classic elements - a tight landing area (less than 30 yards wide), deep Bermuda rough, a water hazard that must be carried on the approach and a shallow green with bunkers catching approach shots that don’t bite. Throw in gusty afternoon conditions and the 18th is a real beast. During the 2020 Arnold Palmer Invitational it averaged 4.399.

It is all about making the right decision with the second shot. In the right conditions it is possible to hit the green in two but come up short and you will find the lake that guards the green. Go too long and face a horrendous bunker shot across a lightning-fast green that slopes back towards the water.

A daunting tee shot requires the drive to be threaded through a narrow avenue of trees. That is hard enough to achieve but go a touch too far left and you then have to negotiate overhanging tree branches. A tough finishing hole by anybody’s standards. 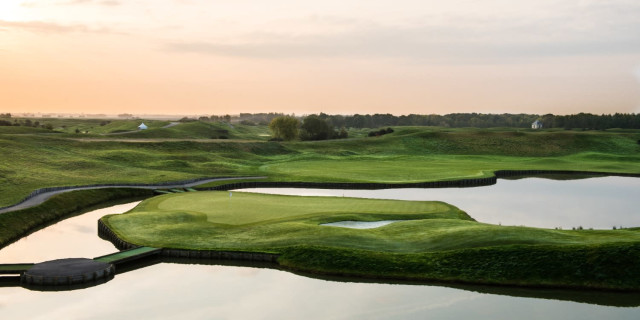 Down the right there are bunkers and rough, and all the way down the left is water. A good tee shot enables you to get to the middle of the fairway, but the second shot into this long par four is especially challenging. If the pin is to the right it means having to clear the water. The putting surface is huge, so three putts are common. 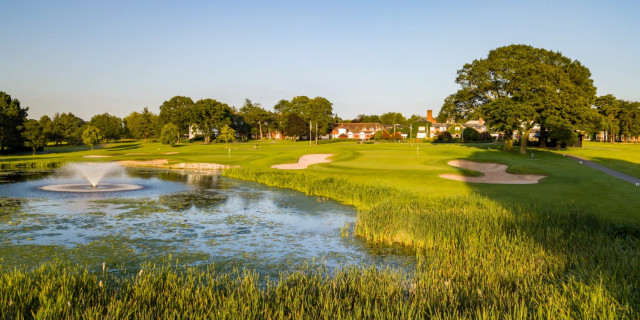 One of the most intimidating finishing holes in golf. The tee shot has to be played over a vast expanse of water. The best line is to the left but that increases the carry so most golfers go right, leaving a huge approach shot which requires another carry over water to a three-tier green. 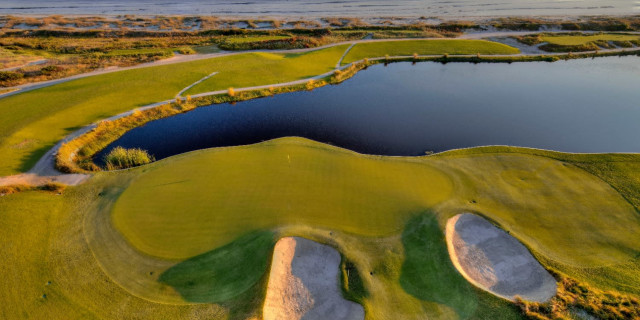 Way back in 1991 this hole reduced Mark Calcavecchia to tears during the infamous War on the Shore Ryder Cup, when he lost the hole to a double-bogey. It’s not just the length that makes it so difficult, although that certainly plays its part. Water runs short and all the way up the hole, to the right of the green. The beach is to the right, which means it normally plays into the wind. Oh, and there are two bunkers at the back - find either of those and you face a treacherous downhill recovery.

With a big dogleg from right to left, thick foliage waiting either side of the fairway and a  long iron into a large green complex even when you do find the short stuff, it doesn’t take much to get in trouble on this most testing of par fours. And there have been plenty of horror stories here during the Shenzhen International.

At 485 yards with a creek in front and bunkers protecting the left and right, this has always been one of the most demanding holes on the PGA Tour. But course designer Jack Nicklaus has now made it even more difficult by narrowing the fairway and moving bunkers so that they come into play off the tee.

Meet The Golf Course of Your Nightmares

The Golf Shots You Never Forget

Meet The Golf Course of Your Dreams