IT IS the fifth week of my mission to get fit and I want to spend some time exploring the whole issue of mental well-being. I hope that you will bear with me.

I am praying that Boris Johnson is going to restore some of our basic freedoms when he speaks to the nation but I am not holding my breath. Thursday’s papers were full of optimism, but the Government has been quick to tell us not to expect too much and, with huge numbers of people still dying, it stands to reason that little is going to change anytime soon. People are going stir crazy and many have already begun to flout the rules. You only have to look at the vast increase in the volume of traffic on the roads. Since most of them are not working, where on earth are they all going?

I have followed the rules to the letter and am pretty upset with those who don’t. 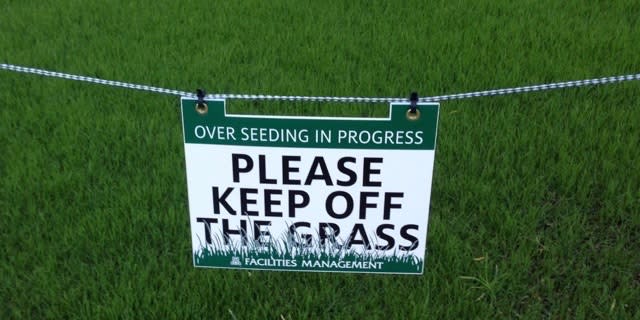 Week 1 Report: Am I Fit For Purpose Or Fit To Drop?

Week 2 Report: Believe It Or Not, I Think I Am Getting Fitter To Drop

Week 3 Report: A Bad Week, But There Is Light At The End Of My Tunnel

Week 4 Report: Just When It Was All Going So Well .... Catastrophe!

I started working from home five days before the Prime Minister put us in lockdown, which means I have been at it for almost eight weeks. I am thankful that I still have work and have been really fortunate that I have only experienced the odd hiccup with the computer I was given.  A full 20% of the staff at the national newspaper I work for have been furloughed and the rest of us have had our pay cut by 10% - that is a small price to pay for being able to carry on earning and working during what is an incredibly difficult time for the country. Several of my friends have lost their jobs and many have been furloughed. My own son lost his job. Thankfully, he has found another, but has no clue when he will be starting. I know a couple of people who are self-employed and are really struggling to make ends meet. These are extraordinary times.

I have spent my entire career working in big offices, surrounded by people. And the thing that I am missing more than anything else is the banter. Work is serious, but we all need to have a laugh from time to time. And that has gone from my life.

Like every single one of you who is taking the time and trouble to read this (for which I thank you from the bottom of my heart), there have been days since March 23 when I have felt as flat as a pancake, days when I have woken up with a huge dark cloud above my head that has followed me about all day.

I want to give my 84-year-old mother a hug. And I definitely want to cuddle my seven-year-old granddaughter. I can do none of these things. My partner and I don’t live together and haven’t seen one another since March 23. We FaceTime each other every day. But it just isn’t the same. Obviously.

My mother has COPD and asthma and has been told that she cannot leave her home for 12 weeks. She has struggled to grasp the severity of the situation but the penny has finally dropped and she is obeying the rules. I am doing some shopping for her and one of her friends is helping out with online shopping. And just about every time she opens her front door, somebody else has left books for her - she now has enough to open a library when this is all over.

Sleep also continues to be a problem - or, rather, the lack of it.

I live for sport. Golf is my passion but I am a sports journalist, which means that I love almost all sport. I struggle with American sport - what on earth is American football all about? How can a game of four quarters, each lasting 15 minutes, run on for what seems like an eternity? I am not a fan of basketball either.

But apart from that, I will watch just about anything. I am Scottish, but have learnt to love cricket and revelled in England’s World Cup triumph last summer as enthusiastically as did any Englishman. I cried when Andy Murray won Wimbledon. I wept buckets when Tiger Woods won The Masters in 2019.

Sport has the power to move us like little else. And I am not going to lie to you, I am finding work pretty hard at the moment. There is no live sport to report on and our pages seem to be full of depressing stories, with sporting bodies warning us that they will never recover. Rugby league has been baled out, rugby union is on its knees, grassroots sport has been destroyed.

It looks like the Premier League will resume in June, with Liverpool winning the title behind closed doors. And the EFL is threatening to sue if a decision is taken to do away with relegation and promotion. This is not what sport is meant to be.

I watch the news and, as the daily death toll continues to grow, I feel my spirits sagging. I know that we will come out of this. And there have been so many heartwarming stories - Captain Tom Moore, the nation clapping for the NHS at 8pm every Thursday night, the stories of all the people who have survived.

I am trying to keep myself amused by filming daily videos which I send to my other half - there have been more than 50 to date. She tells me that I should make them available to a wider audience. I have danced for her (Irish, Scottish, ballet), I have invented an alter-ego called Timmy (don’t ask), a little plastic panda called Dave who worries about being locked up with me, I have pretended to be Donald Trump and I have pretended to be an art expert. In fact, planning and filming these videos has become part of my daily routine - something that I look forward to. As I write this I am planning tomorrow’s video, which involves a version of Singing In The Rain performed in the shower - fully clothed! It will be more Morecambe and Wise than Gene Kelly. I hope!

My mission is to make her laugh, and it has involved gathering together an unlikely series of props from around my apartment on a daily basis. I am not sure that the wider world is ready to see me doing Riverdance, pretending that my work chair is a car or performing an alternative Olympic Games. But whatever gets you through the day, I guess.

Am I the only one who is struggling to focus on TV programmes? I have given up on dramas because I keep losing the thread. So I am watching drivel - and, thankfully, there is plenty of it. Not to mention endless repeats.

And then there is my exercise regime. I know that my jogging is doing me good, but I wonder if anybody else out there is just getting utterly fed up of seeing same the scenery day after day after day. I want to make my own choices. I want to get in the car and go into the country or head to the coast. But I can’t. So I don’t. The worst days are the ones when I don’t work - filling the hours is a constant challenge.

I am also getting more than a little bit fed up with the people who simply choose to ignore the rules. I see it every day on my jog through the park. And don’t get me started on those who choose to ignore the social distancing guidelines, whether it be in supermarkets or when they meet friends in the street.

When we emerge from this lockdown, all the evidence suggests that many of us will be physically fitter - and I know that I fall into that category. But I do worry about the mental well-being of our nation in both the short and long term. One thing I can tell you for sure is that I will never again take for granted the simple pleasures in life, such as the feeling you get when you hit a golf ball and it comes out of the sweet spot, soars into the air with a lovely little draw and finishes exactly where you wanted it to.

However, I would like to leave you with a funny story.

I live in a flat and the other night I had just eaten dinner when my intercom phone rang. I answered it, to be told: “This is the police. Will you please come downstairs?” So I trotted down.

He asked me if I live at number 61. I told him that I did. He informed me that a woman who lives across the road from me with her two young children had complained that I was filming her. I told him I hadn’t a clue what he was talking about but he asked if he could come up to the flat, as she had reported seeing a tripod.

He walked into my lounge and fell about laughing. I have a clothes airer and dry my clothes in the lounge because it gets the sun all day. My camera tripod was, in fact, my clothes airer. So he had to go across the road and tell her she was being filmed by my washing! I do find myself wondering about the report he would have had to write when he went back to the police station...