What can golf clubs do to present and promote themselves better?

In part four of Josh Carr's examination of the 2016/16 Golfshake survey, he looks at what golf clubs can do to present and promote themselves better. 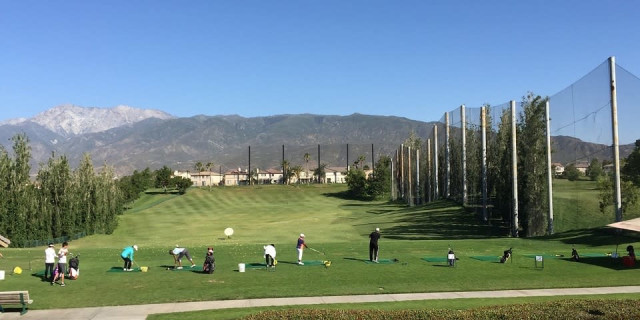 From a simple tweet to local marketing through Facebook, are golf clubs doing enough to promote what is going on at their club?

It could be something as small as advertising the new menu at a club, or letting the local population know about your new flexible memberships. If a club is marketed properly, we could see golf memberships start to rise.

However, this is not a quick fix. Presenting your golf club in a positive light is very important, but this must be combined with great service and give members, new and old, reason to keep renewing their membership.

Here are some ways golf clubs can present and promote themselves in a positive light in order to gain new members and retain current golfers.

As deduced from the 2016/17 Golfshake survey, 23% of the overall response said they would be inclined to play more golf if clubs started enforcing rules around slow play.

For a start, you could argue that those who are regularly slow in tournaments should be penalised. How many times have you turned up for a tournament at your club and realise after only two or three holes that it is going to take way longer than four hours?

Most members can name exactly who the repeat offenders are at their club, so the threat of adding shots onto their score or disqualification could be the only way to encourage them to speed up their play.

There is also technology such as Tag Marshal that offers real time monitoring of slow play and is loved by course marshals. This is because it allows them to make informed and appropriate interventions.

Used by courses with such stature as Carnoustie, Erin Hills and Whistling Straits, the Tag Marshal technology works by using heat maps. As each group has a tracking tag on their bag or golf cart, the heat maps show who is regularly slow and via Tag Marshal’s cloud service, course marshals can access the data and therefore have evidence to intervene.

By offering these golfers education on slow play, hopefully they will speed up their play. To add, with golfers getting around 18 holes quicker, golf clubs may be able to offer later tee times and in turn increase the numbers playing on their course.

Does your golf club advertise reciprocal golf at other golf clubs that come as part of your membership? You’d be surprised to know that many do not.

Reciprocal golf is when, through your membership, you get x amounts of free rounds or golf at a discounted price at another golf club or clubs, usually in the area.

These are a great incentive for many golfers, as many respondents to the 2016/17 Golfshake survey gave responses such as: “It would be great to pay a fee which would allow golf at a number of local clubs, then you wouldn’t get bored with the same one.”

This is a great benefit of a membership and may give golfers justification for the joining fees. To add, it then makes playing golf at other courses cheaper than using online booking.

In fact, 26% of non-club members who responded to the 2016/17 Golfshake survey said they would be a member if there were reciprocal offers available with their membership.

Have you ever seen a flyer for a social event at your local club in the town centre, or online? This is the fault of many golf clubs. They only advertise within the club, and therefore do not take advantage of the local catchment area.

First of all, those clubs that run social events for both members and non-members alike deserve some credit, as it is another way of generating income and could potentially entice more people to play golf – as long as they feel welcome at the club.

It could be anything from a sportsman’s dinner to a fun event such as a nine-hole social competition where non-golfers can go out on the course and contribute in some way such as by putting. If they are made to feel welcome, and have a good time then they may be more inclined to return and take up the sport.

One respondent to the 2016/17 Golfshake survey said: “Golf courses can be snobby. It puts you off joining.” This statement is simple but strong. If you want to generate new members, some golf clubs need to move out of the early 20th Century and begin to modernise.

Social Media and the Internet

Does your club have a social media presence? Why not? Social Media is huge these days, so if you’re golf club doesn’t have a Facebook page or a Twitter account they are potentially losing out on some incredible marketing opportunities…all for free!

Social media is a great marketing tool and if used properly can be a great advantage to golf clubs. Things such as local marketing through Facebook can help get the word of your club across to thousands of people in the local area. One quick glimpse of how wonderful your club is could entice more golfers.

Twitter and Facebook are great places to advertise social events at your club, as well as showing people how good your course is by promoting online reviews like the ones found on the Golfshake site.

In the current digital age, if your club doesn’t have at least one active social media page, they need to act quickly.

These are just a few ways golf clubs can present and promote themselves in order to attract new members and retain current golfers. It’s about time some golf clubs moved into the 21st Century and help show people just how enjoyable and beneficial this sport can be.

How to innovate golf club membership in 2018

Why are golfers deciding to be non-club members?