In part two of Josh Carr’s series on golf club memberships, he looks at what is stopping golfers playing more golf.

With golf struggling to attain members, just what is driving people away from the beautiful game?

The 2016/2017 Golfshake survey offered up many suggestions as to why people aren’t playing as much, or any, golf in the past year. Most of this data came back to golf’s greatest scourge - slow play – as well as membership fees.

In the modern world, people seemingly have less and less time, so why would they pay extortionate amounts of money to spend over four hours on the golf course? 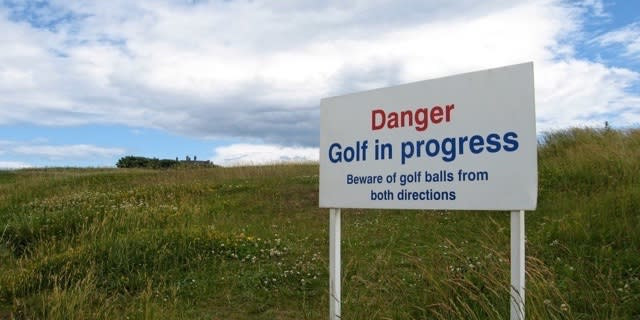 33% of respondents said that the price of membership was a big issue when it comes to joining a club, with an additional 17% also adding that slow play drives them away from the game.

Slow play was a particular issue among those under 50, as 21% believed slow play is an important issue that needs addressing, with one respondent agreeing stating: “Speed of play is a very big issue and can stop the round being enjoyable,” with a further adding: “Clubs need to get serious about slow play and reduce costs. Until they face this, memberships will continue to decline.”

23% of the overall response also said they would be inclined to play more if clubs started enforcing rules around slow play. If, during a weekend tournament, golfers knew they would be penalised by slow play, they would have no option but to speed up.

On the flip side, there are many that would argue that golf has never been a fast paced sport. Why should they change their routine for someone who doesn’t have enough time to play golf?

But what else can golf clubs do?

Many golf clubs have started offering shorter forms of the game such as nine hole and six hole courses, however, the Golfshake survey suggested that this is not an important factor when deciding to play. Golfers want to play 18 holes.

The Golfshake survey also suggests that the professionals are not to blame for golfers seemingly playing slower and slower.

The new rules that are coming into play in 2019 will hopefully speed up the pace of play on the golf course, and this in turn, will hopefully get at least 17% of the respondents to the survey back on the course.

Another issue that keeps people away from the golf course is the attitude some golfers have towards their fellow sportspeople. In fact, 17% of respondents highlighted this as an important issue when deciding to go and play golf, with one respondent claiming: “Golf courses can be snobby. It puts you off joining.”

Although many clubs are making the effort to modernise the game, there are still too many clubs that would fit under the “snobbish” category, where members still believe it is a “gentleman’s game” and for the upper class.

Is it not about time we made this sport available to everyone and showed them just how fun the sport can be?

With 16% of the responses saying they would join if they had enough time to fulfil their family and social life, it is also about time golf clubs offered family membership.

This was a particularly strong point among those under 50, with 26% saying golf clubs need to encourage junior golf more, and a further 16% saying they would consider joining if there was a family membership available.

Golf clubs have some leeway knowing members will keep returning because 49% of respondents joined because they love golf, with 38% playing the sport to keep active. However, if the scourge that is slow play is not addressed it may lead people to becoming casual golfers as they may feel they get more for their money playing when and where they want. One respondent even argued there is “no real benefit in joining some clubs as they just pack people in, regardless of it taking four hours plus to play a round of golf.”

But it is clear to see that the issue of slow play, combined with expensive membership fees and poor attitudes from members is holding back the sport.

The next article in this series explores innovative ways golf clubs can increase their membership.  Click to read more.

Related: Why are golfers deciding to be non-club members?