Why are golfers deciding to be non-club members?

In part one of Josh Carr’s series on golf club memberships, he looks at why golfers are choosing to be casual golfers over members, and what factors are stopping these golfers from joining on a permanent basis.

One noticeable factor to come out of the 2016/2017 Golfshake survey, which was responded to by 4,500 people, was the fact that more than 2,000 of the respondents classed themselves as “non-club members.” In fact, 48% of the respondents said that they were not attached as a member to a golf club. 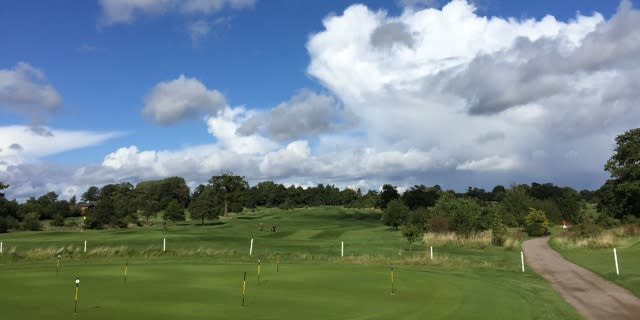 There are many factors that have been suggested as to why people aren’t joining golf clubs, including the argument that golf clubs are failing to embrace demographics across society.

However, the Golfshake survey suggests the simple reason people aren’t joining golf clubs is because they simply “prefer to be a casual golfer.” That was the response of 1,088 (54%) non-club members; with 20% of respondents saying they “hope to join a club soon.”

One respondent said: “I don’t pay membership because I don’t want to be tied to one course. I want to experience varieties and the challenge of other courses.”

However, it is worth noting that 11% of these respondents claimed that financial restraints were there reason for not joining a golf club permanently.

When it comes to joining golf clubs, the importance of affordable membership was a strong outcome. In fact, 37% said it was very important that membership was more affordable, and 39% believed flexible memberships that reflected the amount of golf they play would be an important factor if they were going to join a club.

You could argue that a membership that allows you to play at numerous courses in the region would be a good idea as 26% of non-club members said they would consider joining a club if there were more reciprocal offers with other clubs.

One respondent said: “It would be more appealing if golf club membership allowed you to play other clubs for free on occasion. Playing the same course every week isn’t too exciting,” with another adding: “It would be great to pay a fee which would allow golf at a number of local clubs, then you wouldn’t get bored with the same one.”

“Some costs of joining fees on top of member fees,” was one response as to why people don’t join clubs, as well as a further comment of “golf needs to drop the rich man’s game tag, and banish the snobbery.” The latter is a key problem courses face, as it is widely regarded that golf clubs do not do enough to advertise the fact golf is no longer a “game for the rich,” or an “old person’s sport.”

One response to the survey backs up the suggestion that golf clubs should offer flexible membership as they said: “the availability to join on a monthly basis, rather than yearly would encourage more golf.” Flexible memberships could be anything from summer memberships, April to September, to weekend memberships.

The amount of time available to potential members is also a key problem golf clubs face when trying to recruit new members. 10% of respondents said they haven’t joined a golf club because they don’t have to time, but 25% would join if they did so.

One suggestion that is often put forward to battle this the introduction of six and nine-hole golf courses. However, it is interesting to note that the Golfshake survey found that shorter forms of the game were not of importance to the 4,500 who responded.

In fact, it was once again the topic of slow play that was deterring golfers from heading down to their local club, as 21% of respondents suggested it would be important for golf clubs to enforce rules around slow play, with one respondent arguing: “Clubs need to get serious about slow play.”

The next article in this series takes a deeper a look at the reasons for golfers being driven away from the sport and what golf clubs can do to help boost memberships.  Click here to read more >>>