THEY had a long hard look at themselves, they set up a task force and they employed an agency that has been feeding them with statistics so that US captain Davis Love will know the strengths and weaknesses of his Ryder Cup team down to the last time they missed a 12-inch putt, sliced a drive, hooked a long iron. But when all is said and done, the USA go into the match at Hazeltine with a team that is packed with familiar faces and makes a complete mockery of Love's assertion that this is the finest American team ever assembled. He really ought to know better.

The task force was set up after Europe trounced Tom Watson's team at Gleneagles two years ago, with the express purpose of ensuring that it wouldn't happen again. There have been tweaks to the selection process, with Love not announcing his 12th and final pick until after the Tour Championship at East Lake. But with the exception of JB Holmes, whose only previous Ryder Cup experience was in 2008, when Paul Azinger's team beat Europe, Brooks Koepka and Ryan Moore, this is a side that knows only too well what it feels like to lose.

Phil Mickelson has a dreadful record, while those of Zach Johnson and Rickie Fowler will hardly inspire any American with confidence - Fowler has yet to record a win in foursomes, fourball or singles play. Jimmy Walker, Patrick Reed and Jordan Spieth all made their debuts in a losing cause at Gleneagles. Will any European quake in his boots at the prospect of facing Matt Kuchar? Or Brandt Snedeker?  Dustin Johnson, the US Open champion, is so laidback that sometimes it is hard to tell whether he is actually awake or has nodded off. But he is the team's form horse and can fully expect to be asked to play five times over the course of three days.

Love has left no stone unturned in his search for both the right formula and the right players but is there really anything terribly different about this American team? Apart from Johnson, is there a single player who will worry the Europeans? Nay, nay and thrice times nay.

And after all that work, Ryan Moore as the final wild card instead of world number seven Bubba Watson. Really?

Let's not fool ourselves into thinking that all is well and dandy in the European camp. It is anything but. Darren Clarke will be concerned about the form and fitness of a number of his players. Henrik Stenson withdrew from the BMW Championship, citing another injury to his right knee. The Swede is made of iron, however, and it would take a steamroller to stop him making it to Hazeltine - but he will not be able to play five matches. The form of Chris Wood is also a concern. He won the BMW PGA Championship in May but hasn't been anywhere close to his best since then.

There are also worries about the form of Andy Sullivan, Danny Willett and Matthew Fitzpatrick, all from England. Willett won The Masters in April but since then he has only managed to conjure up rare flashes of the form that landed him the Green Jacket. Sullivan seems to have been in the frame for a Ryder Cup debut since the very first day of qualification but his form has also been patchy.

And that brings us to Fitzpatrick, one of the brightest prospects in the sport. Already a winner of two events on the European Tour, he played superbly at The Masters but there is a sense that the man from Sheffield may just have played a bit too much golf in 2016 and is in danger of going stale. He possesses a ferociously competitive streak, however, and will surely arrive at Hazeltine fit, fresh and raring to go. 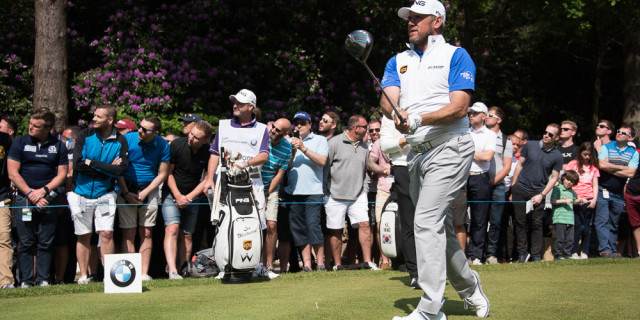 Lee Westwood and Martin Kaymer, two of Clarke's three wild-card selections, have not won this season but Westwood will be expected to act as Clarke's general on the course and Kaymer, a two-time major winner who holed the winning putt at Medinah four years ago, will surely rise to the occasion.

Rory McIlroy finally produced his brilliant best at the Deutsche Bank Championship, hitting one glorious iron shot after another and, finally, discovering his touch on the greens. But seven days later, at the BMW Championship, the Northern Irishman's putting once again looking as poor as it has done for most of the year. However, he was transformed at East Lake, producing a stunning performance to win the FedEx Cup. He will need to maintain that form, because Europe will be looking to him for inspiration.

Sergio Garcia and Justin Rose have been there, done that and worn the T-shirt. Rose has a fabulous sense of history and claimed the gold medal at the Olympic Games in Rio and he would love to be part of a team that inflicts an unprecedented fourth successive defeat on the USA. As for Garcia, it is all about how he putts.

The two men who could be unlikely heroes are Thomas Pieters, the fearless young Belgian, and Rafa Cabrera-Bello, who has had the season of his life.

It is a tough match to call but if Europe's six rookies can hold their nerve and find anything close to their best form then the little gold trophy should be coming back to Europe again with Darren Clarke. And if they need any added incentive, Johnny Miller's view that this is the worst European team in years ought to provide it.