Loose Impediments and Movable Obstructions - Which is which?

Post from rules expert, Barry Rhodes writer of '999 questions on the rules of golf' 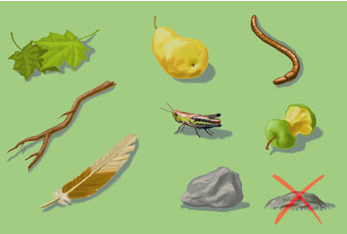 movable obstruction. This is an important matter, because there are several Rules that require players to know the differences, so that they may take a permitted advantage, or avoid a penalty. First, let us look at the two Definitions;
“Loose impediments’’ are natural objects, including: stones, leaves, twigs, branches and the like, dung, and worms, insects and the like, and the casts and heaps made by them, provided they are not: fixed or growing, solidly embedded, or adhering to the ball.

Sand and loose soil are loose impediments on the putting green, but not elsewhere.

An “obstruction’’ is anything artificial, including the artificial surfaces and sides of roads and paths and manufactured ice, except:

a. Objects defining out of bounds, such as walls, fences, stakes and railings;
b. Any part of an immovable artificial object that is out of bounds; and
c. Any construction declared by the Committee to be an integral part of the course.

You will see that I have underlined one word in each Definition, which is the key word for you to remember; loose impediments are natural objects and movable obstructions are artificial objects.

Now let us consider a few situations where it is important for players to make the distinction between an obstruction and a loose impediment;

Here is a link to some questions that I have received on loose Impediments.
http://www.barryrhodes.com/2010/02/questions-on-loose-impediments.html