Resident rules expert, Barry Rhodes offers some advice on attending the flagstick on and off the green.

I have noticed that when I give presentations on the Rules of Golf to Clubs one of the questions that is regularly raised is whether a player can ask for the flagstick to be attended when they are playing their ball from off the putting green. The answer is an unequivocal, “Yes”. Rule 17-3 states;

Before making a stroke from anywhere on the course, the player may have the flagstick attended, removed or held up to indicate the position of the hole. 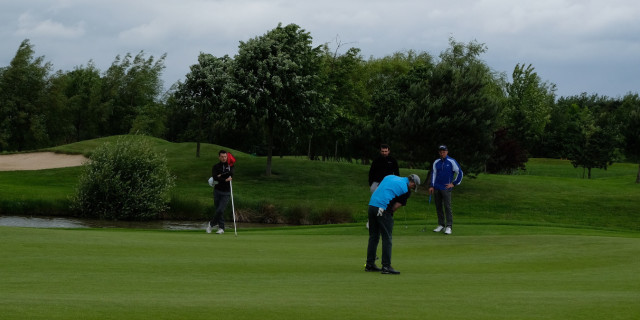 Of course this does not mean that players should emulate Phil Mickelson who on one famous occasion in January 2001, while playing his 72nd hole at Torrey Pines, sent his caddie, ‘Bones’ Mackay to attend the flagstick when he was still almost 90 yards from the hole. He needed an eagle to tie the Farmers Insurance Open and nearly pulled it off with a splendid pitch that landed on the sloping green and rolled back, stopping a few feet short of the hole.

Another question that is regularly asked is whether the person attending the flagstick can stand anywhere in relation to the hole. The answer is that they can. Don’t listen to those that wrongly claim that the attendant must not stand behind the hole while the putt is made. However, it is good etiquette not to stand close to the player’s line of putt, or an extension of that line behind the hole, or on the putting lines of any other player in the group that has still to play. Another point of etiquette to be aware of on a sunny day is to ensure that your shadow is nowhere near the hole, or any point on the player’s line of putt.

Here is a related point that many golfers may not be aware of from Rule 8-2b;

Decision 8-2b/2 illustrates two different circumstances where the player would be penalised;

Q. A player's ball lies on the putting green and his caddie attends the flagstick for him. The caddie suggests, before the stroke, that the player aim at the caddie's left foot. Is the player in breach of Rule 8-2b?

The same answer would apply if a player's partner attends the flagstick for him.

Note the subtle difference between the caddie placing his foot in order to point out the line and taking his position at the flagstick and subsequently using his foot as a guide, before moving it away. The same answer would apply if a player's partner attends the flagstick for them.

Other points to remember about attending a flagstick are;