Resident rules expert, Barry Rhodes offers some advice on the change to the term and surrounding rules related to - known or virtually certain.

In January 2008, the term "reasonable evidence" was replaced by the much stronger requirement of "known or virtually certain" in the Rules of Golf. This revised term is used in the following Rules in circumstances when a player cannot find their ball; 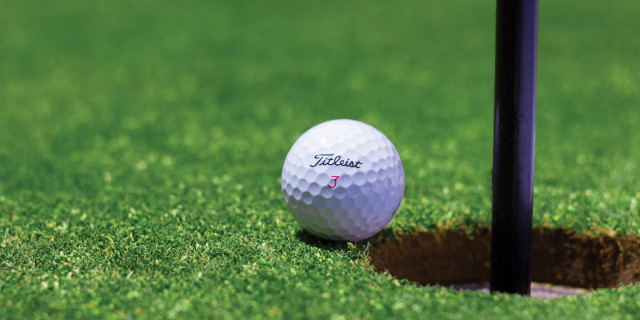 It is obvious that by changing "reasonable evidence" to "known or virtually certain", the Ruling Bodies wanted to emphasise that this is not a 'get out of jail free card' for a player that cannot find their ball. Whilst the Ruling Bodies do not go as far as putting a percentage on the degree of certainty that is required to avail of relief options, they have provided us with a lengthy explanation of how 'know or virtually certain' is to be applied to rulings in Decision 26-1/1;

When a player's ball cannot be found, "knowledge" may be gained that his ball is in a water hazard in a number of ways. The player or his caddie or other members of his match or group may actually observe the ball disappear into the water hazard. Evidence provided by other reliable witnesses may also establish that the ball is in the water hazard. Such evidence could come from a referee, an observer, spectators or other outside agencies. It is important that all readily accessible information be considered because, for example, the mere fact that a ball has splashed in a water hazard would not always provide "knowledge" that the ball is in the water hazard, as there are instances when a ball may skip out of, and come to rest outside, the hazard.

In determining whether "virtual certainty" exists, some of the relevant factors in the area of the water hazard to be considered include topography, turf conditions, grass heights, visibility, weather conditions and the proximity of trees, bushes and abnormal ground conditions.

The same principles would apply for a ball that may have been moved by an outside agency (Rule 18-1) or a ball that has not been found and may be in an obstruction (Rule 24-3) or an abnormal ground condition (Rule 25-1c).

So, in circumstances where the 'known or virtually certain' test has to be applied, players must ask the question, "could the ball be anywhere else on the golf course other than in the obstruction/abnormal ground condition/water hazard?" If the answer is "yes", then the ball must be treated as lost under penalty of stroke and distance, Rule 27-1. Known or virtually certain has to be taken literally; it is not a best guess, or a maybe. In the players’ estimation the ball they are seeking cannot be anywhere else, even if it is subsequently discovered in a different place!

The same limiting phrase is also found in a note to Rule 18-1, Ball at Rest Moved by Outside Agency;

It is a question of fact whether a ball has been moved by an outside agency. In order to apply this Rule, it must be known or virtually certain that an outside agency has moved the ball. In the absence of such knowledge or certainty, the player must play the ball as it lies or, if the ball is not found, proceed under Rule 27-1.

So, if a player has played their ball before finding out that it had previously been moved by an outside agency, they have proceeded properly and incur no penalty, Decision 18-1/3.