10 of the Best Golf Courses in Yorkshire

THOSE who live there call it "God's country" - and it is not difficult to understand why. Yorkshire is, quite simply, a beautiful county. It is the biggest county in England and although it is the home to many major cities, including Leeds, Sheffield and York, it is most famous for its rolling countryside and huge skies. Once known for mining, textiles and steel, Yorkshire has had to change with the times. It attracts huge numbers of tourists, from both home and abroad, and is home to south of the finest golf courses you will ever play, many of which offer incredible value for money. Here, we look at 10 of the very best. 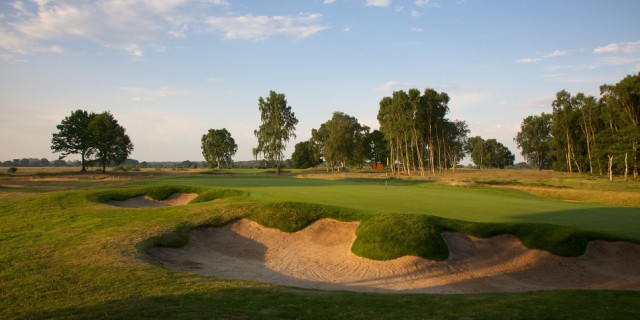 The course measures almost 7,000 yards, from the blue tees, and was designed by Major Charles MacKenzie . It has staged European Tour events and is probably best remembered as the course where Bernhard Langer ascended the giant ash tree at the 17th when his approach shot got stuck in the branches - he then calmly pitched the ball onto the green. So you get the picture - there are many trees at Fulford, and lots of them come into play. As with most good heathland courses, accuracy with the big stick is important, but the short stick is the key to scoring well on Fulford's magnificent greens.

Designed by Alister MacKenzie in 1908. He was one of the world's foremost golf architects and was responsible for Augusta. Moortown is a wonderful links course that makes the most of the natural contours. MacKenzie was actually vice-president and captain at Moortown – and what a fabulous legacy he left.  The first hole is 488 yards, with trees lining either side and bunkers lying in wait. There is a ditch on either side of the fairway for an approach played to a flat, narrow green. The seventh is a dog leg par five that demands an accurate tee shot, with three fairway bunkers and a water hazard that runs down the left. The green is well protected by bunkers. The 13th is 428 yards with a blind drive struck over a hill and heather and rough to be avoided. The 18th is 427 yard with bunkers on the right. The ideal line is slightly left, but gorse and heather and out of bounds will gather any ball hit too far left. A large green is protected by bunkers and gorse.

This course has hosted the Ryder Cup and several tournaments in the pre-European Tour days. It still plays host to many top amateur events but it has been a while since it has been in the limelight. Goodness knows why. Located not far from the excellent Worksop Golf Club just across the border in Nottinghamshire, you could do an awful lot worse than play both courses. Great Britain and Ireland beat the United States to win the Ryder Cup at Lindrick in 1957 – it would be 1985 before the United States would lose again. The course features plenty of towering birch trees, gorse, heather and tight, well-protected fairways. And, like all the other courses on our list, the greens are wonderful. The 18th is a fantastic par three, measuring 201 yards. It is set in the shadow of the clubhouse, with bunkers surrounding the putting surface. Peter Alliss says it is one of his all-time favourite golf holes.

Any list of top courses should include Ganton, which is a 125-year-old masterpiece famous for both its natural beauty and fabulous bunkering. The second is a 445-yard par four with thick rough and gorse running down the left side. The second shot is played to a well-bunkered green that is surrounded by rough. A real challenge. At 158 yards, the fifth is a breathtaking par three, with lots of rough and bushes between the tee and the green - only a perfectly-struck iron will hold the putting surface, which is well-bunkered and slightly elevated, with water to the left. The 13th is a 563-yard par five, which is a proper three-shot hole. A decent carry over thick rough reveals a narrow-ish fairway with bunkers on the right that must be avoided. Thereafter, bunkers line both sides, which means that the second shot has to be arrow straight. The green is also surrounded by sand. The closing hole is 435 yards, a dogleg that features an intimidating tee shot that has to be struck over thick rough; there are trees right and left and a road runs across the fairway. The large green is surrounded by deep bunkers. 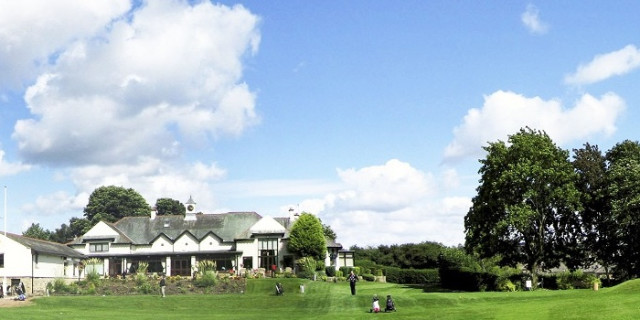 This is another course that is the handiwork of Alister Mackenzie. It features five par fives, six par threes and seven par fours - unusually, there are no back-to-back par fours at Shipley. The seventh is the signature hole. It is an elevated par three, measuring 190 yards, with a river, Harden Beck, running down the left and around the back of the green. A large bunker on the right further protects the two-tier putting surface. The ninth is a 487-yard par five with a drive struck through an avenue of trees. Accuracy is vital with the second shot - go left and say goodbye to your ball. Bunkers and trees guard the green. The 160-yard 17th is played to a long narrow green that slopes from right to left and back to front. A 'valley of sin' awaits any shot hit too far.

Alister MacKenzie was a busy man in Yorkshire. Sand Moor is just five miles from Leeds city centre, but you would never know it. The fairways weave their way through magnificent woodland and Sand Moor may well be one of MacKenzie's most underrated courses.  A newly refurbished clubhouse sits on the top of a hill, overlooking Eccup Reservoir, which sits beside the course. The first par three is the seventh hole, a splendid short hole played across a gulley to a green protected on the right by three bunkers. The three other par threes are all on the back nine. The 14th hole is a short par four dog leg to the right with a green surrounded by trees. The 16th hole is a 550-yard par five that threads its way around a hill, leaving a hanging lie for the approach shot across a valley to a plateau green.

Pannal is an Open Championship qualifying course and in 2015 it hosted the English Amateur Championship. The third hole is a 172-yard par three featuring a long narrow green that is guarded by three bunkers on the left.  The ninth is a straight par four measuring 370 yards, with the fairway protected on both sides by trees. The drive is played over the brow of a hill to an undulating fairway before an approach shot to a punchbowl green. The 17th is the signature hole, a 206-yard par three that features fabulous views of nearby Harrogate and the Crimple Viaduct. The green is cut into the side of a hill, with out of bounds on the left and a severe slope on the right. The green is protected by three bunkers. The 18th may only measure 355 yards, but it is a spectacular finishing hole played from an elevated tee with views of the clubhouse and Crimple Valley. A stream on the right is to be avoided,with trees and thick rough beyond that. Out of bounds lurks on the left. The second shot is played to a large green, protected by two bunkers, and a run off area to the right and rear.

Moor Allerton was designed by Robert Trent Jones and comprises three nine-hole courses set in 220 acres.  The opening hole measures 448 yards with trees on the left. The fairway slopes from left to right, with a nest of bunkers on the right side to be avoided. The second shot is played over a hollow to a long green that slops from back to front. The eighth hole is a 575-yard par five with out of bounds running all the way down the right.  The fairway is narrow and slopes from left to right. A flat green features fall-off areas that are to be avoided. The 13th is a 169-yard par three to a green protected by two large bunkers. The putting surface slopes from right to left. The closing hole measures 388 yards, with the ideal drive hit to the left side, followed by a second shot to a tiered green protected by water.

It's that man MacKenzie again! Alwoodley is a natural heathland course, with fairways cutting through heather, whins and shrubs. It has plenty of large, undulating greens and natural looking bunkers. The third is a 514-yard par five with bunkers and trees on the left and right. Avoid all of that and when you get to the green you will find a surface with a slope in the middle. The eighth is another par five, a genuine three-shotter measuring 584 yards, with out of bounds to the left and punishing rough to the right. A huge bunker in the rough awaits your second shot, so think hard before you play. The 16th is a great par, measuring 414 yards. The drive is blind and over a pond, but have the courage to swing freely at the ball and you will find a generous fairway, from where you play to a green guarded by two bunkers on the right and another on the left - avoid all that trouble and you are faced with a putt on a large, undulating green.

Designed by James Braid, this course starts on the cliff top then moves inland, with fairways threading their way through trees and affording spectacular views of the North Yorkshire Moors before returning to the cliff top for the final three holes. On a windy day, this is a real test. The front nine is a par 38 and more than 500 yards longer than the back nine. The second hole is 468 yards, a par four with a narrow fairway that is normally played into the wind and seldom reachable in two shots. The long narrow green has a bunker on either side. The fifth, at 485 yards, is the first of three par fives on the front nine. Out of bounds on the right, and trees on both sides of the fairway dictate that a straight drive is essential. The green is long and well protected by bunkers. The ninth is 519 yards and is a truly testing par five, calling for a drive across a water-filled ravine. Avoid all of that and your second shot must clear a pond and several well-placed bunkers. The 18th is a 396-yard par four. Out of bounds on the right must be avoided, with a second shot played to a green that slopes towards the sea.