Regarded by many as the best course in England, golf at Royal Birkdale dates back to 1889 when the club was originally formed.

England's Golf Coast features 12 fine golf courses - three of them Royal - but it is Birkdale, the home of Jordan Spieth’s Open victory in 2017, that is the jewel in the crown.

It wasn’t until 1922 when Southport Corporation became the new owners and laid down plans to prepare the course to a championship standard.

Soon after a new clubhouse was built and opened by the summer of 1935, which still sits proudly behind the 18th green, and was a typical example of architecture of its period.

Birkdale became a 'Royal' course in 1951 and cemented its place even more as one of the finest courses in the British Isles.

Royal Birkdale has played host to a number of prestigious championships over the years - The Amateur Championship, The Curtis Cup, The Walker Cup, The Ryder Cup, and most notably The Open Championship, where winners not only include Jordan Spieth, but Padraig Harrington, Tom Watson, Lee Trevino and Arnold Palmer to name but a few.

Birkdale is a club that offers a warm welcome to visitors from across the globe that are seeking to follow in the footsteps of some of the best players the game has seen. 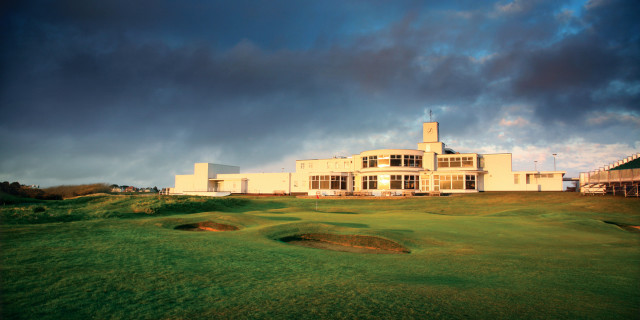 A fabulous welcome awaits. Not just from the professional shop, but also from the starter who was very keen to share some tales about the course and some of the players that had graced it in previous championships.

A visit to the Spike Bar for a bite comes highly recommended. If you are lucky one of the seats in front of the giant windows overlooking the 18th will be available too and you will enjoy a nice lunch or dinner before or after your round.

The professional shop is very well stocked - lots of crested items available as keepsakes too. And the practice facilities are as good as you'll find.

A grass bay driving range is available - it is about a five minute walk from the main putting green so make sure you allow for that time. The short game area that sits next to the driving range consists of chipping greens and bunkers and is a golfer's dream. There are a couple of other hitting nets dotted around and a nice putting green, which is also worth a visit before you head down to the opening hole.

Personally, I think you will struggle to find a harder opening hole. 434 yards from the yellow tee (452 from the whites), the hole moves from right to left with OOB running up the right-hand side.

The deep pot bunker on the left of the fairway sets the tone for the day as big hitters may fancy taking that on to shorten the second shot, but anything with a slight pull will also find some trouble. The green is very well protected with three bunkers short and a mound on the right-hand side potentially blocking out the view of the green. If you make a four here then it’s a fantastic start.

In fact, the first three holes are all of considerable length - some respite will come depending on the wind direction as you play the 2nd and 3rd in opposite directions. The 3rd in particular is a nice tee shot from a slightly raised tee, but bunkers left and right give the feeling of a tight shot. In fact, avoiding the seven bunkers that line the fairway will be a testing feat.

The first taste of a par 5 comes at the 6th hole. The 90-degree dogleg left from left to right will leave the longer hitters thinking about taking on the corner - as per usual the deep pot bunker is waiting to pounce. The smart golfer plays to the left of the bunker and leaves a slightly longer second shot into an elevated green.

An upturned saucer shaped green awaits on the par 3 7th that is surrounded by seven pot bunkers - one has a quirky grass island in the middle.

The final hole on the front loop is as close as you come to a blind tee shot - get yourself up the flight of stairs to make sure the group in front has moved on and to get a good idea of the line to hit your tee shot. The longer you hit - the narrower the landing zone becomes - so club choice is vital and the approach shot is made even more challenging to another elevated green with trouble over the back and two deep bunkers front left and right. A very strong hole. 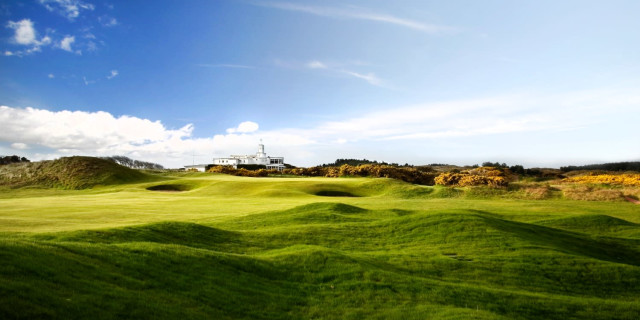 Another dogleg gets the back 9 underway, again a collection of five bunkers - two left and three right - are well positioned guarding the ideal landing area off the tee. As the hole turns right to left, the long narrow green is a difficult target made even more challenging as the green slopes down from back to front and a run-off at the front so anything short will start coming back towards you.

The 12th is a spectacular par 3 with the green sculptured into the dunes. The land drops away and back up giving the illusion that the green is further away than it might look. The target is small, so a well-placed tee shot will be required to make a three before heading to the 13th.

The 13th is probably more well-known thanks to Jordan Spieth hitting his tee shot during the 2017 Open Championship onto the practice area to the right. As you stand on the tee, you do get a real feel for just how far right he went. Your attention quickly reverts back to the task in hand - a 433 yard par 4 where the landing zone is once again narrowed by the bunkers on either side. A long second shot will have to be precise in order to make par, but a five isn’t going to be the worst score.

15 bunkers sit between tee and green on the par 5 15th so getting on in three rather than two might be a safer option as more scoring opportunities are to follow.

The back 9 finishes with two par 5s that, in theory, are both scorable.

The 17th fairway moves right to left - but fairly generously allowing for a shorter than expected second shot. However, the hole is smart in design and the green is very narrow and long and both sides filter away and into pot bunkers. A very good second shot can be rewarded handsomely but anything astray with leave a fight for par.

The finishing hole falls away from the tee and is of fairly modest length for a par 5. Finding the fairway here gives you a great chance of making a finishing birdie in front of onlooking spectators sitting in front of the iconic clubhouse in what will be a fitting finish to an incredible experience.

Royal Birkdale gives all visiting golfers an amazing golfing experience from start to finish. I can see why it ranks so highly in many of the Golfshake course lists.

The condition cannot be faulted. The tee boxes are flat, the bunkers well sanded and raked, the roll-off areas run pure and the green are immaculate. It's just an impeccable place to play golf.

Given the location and ground type, I would expect the playing conditions to be superb all-year-round. 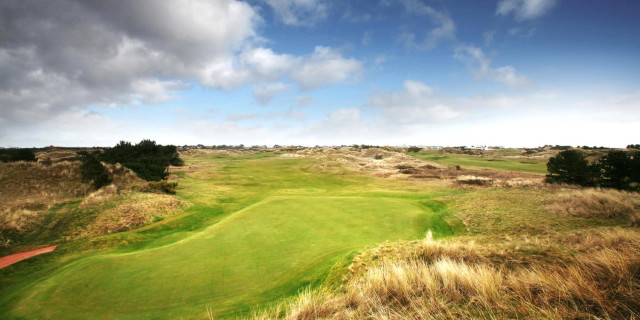 Naturally, there are bunkers everywhere - I counted 122 in total and a lot of them are penal so if finding bunkers is your specialty, this course may well beat you up. But you'll have fun while it does. It’s also a championship course of the highest quality so it isn’t supposed to be easy.

I think players of all abilities can enjoy a great game of golf at Royal Birkdale - even if your focus is plotting your way around and accepting bogeys. Walking in the footsteps of champions of years gone by is what makes the game of golf so special and unique and let's be honest, the score doesn't really matter.

Enjoy. I'm sure you will.