Matt Every has been knocking at the door for quite some time, and it finally opened at the Arnold Palmer Invitational. In truth 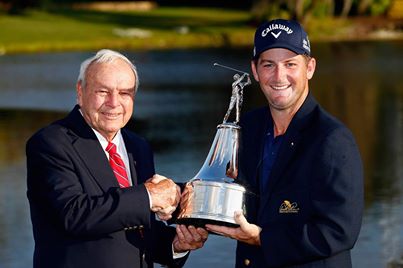 , it wasn’t the most gripping of finishes, with Adam Scott’s inauspicious final round and shocking putting display allowing Every to make a scrappy bogey on the 72nd hole and still claim the title. Still, that won’t bother the 30-year-old American one iota. He claimed a maiden victory after a series of near misses in one of the PGA Tour’s most prestigious tournaments, moved into the world’s top 50 for the first time and, as if that wasn’t enough, secured a spot in the Masters Tournament. Every was banned for three months after being arrested for marijuana possession in 2010 – despite being subsequently cleared – but he battled back to re-gain his tour card the following season. His resolve and determination are to be admired, even if you question his decision making.

Adam Scott’s misery at Bay Hill was two-fold, and I’m certain it extends beyond mere ‘annoyance’. Not only did the Australian throw away the tournament with a poor closing 76, he also missed out on the opportunity to reach world number one for the first time. Given Tiger’s predicament it might not turn out to be catastrophic, but he’ll be reeling. Chances to reach the summit of the world game don’t come around very often, and I’m certain he’ll spend a significant amount of time over the next fortnight thinking about what might have been. Still, Scott is a man with ample resilience and character, as he proved by winning last year’s Masters just two majors after his heart-rending collapse at the 2012 Open Championship. I’ve no doubt his disappointment will spur him on, and, with or without Tiger, a Masters defence is looking like a distinct possibility. Retaining the Green Jacket and becoming world number one in the process would be sweet indeed.

The conclusion of the Arnold Palmer Invitational signifies the end of the Florida Swing, but, more importantly, the start of 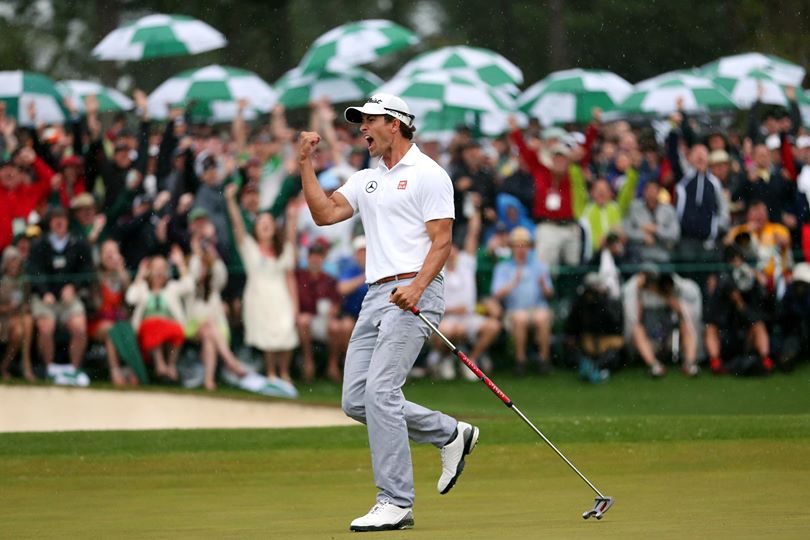 the lead-up to Augusta. A number of the world’s best players won’t now be seen until Masters week, and the Valero Texas Open and the Shell Houston Open serve as warm-up events and last-gasp chances for those non-exempt players to secure their invite to golf’s most exclusive and coveted tournament. But did we glean any clues from events at Bay Hill? Yes. Tiger Woods will need to undergo some serious physiotherapy to be healthy enough to take part; Keegan Bradley – who finished one adrift in Florida – looks a real threat; Henrik Stenson - a man with a decent Masters record and the attributes to contend – has come back into form at just the right time, as has Brandt Snedeker, who was vying for the title last year. Conclusion? Everything is clicking nicely into place for the year’s first major.

English golfers have experienced record collective success over the past couple of years, but it’s not been the most fruitful start to the season for the home contingent. Justin Rose continues to struggle with tendonitis in his right shoulder and missed his first cut since the 2013 Player’s Championship at Bay Hill. Lee Westwood also failed to qualify for the weekend, and he’s so far away from his best form it’s a real concern. His putting and chipping stats have reverted back to where they used to be after a good showing last season and his swing is uncharacteristically out of kilt. I’d love to be proved wrong, but I just can’t see Westwood winning a major. One ray of light, though, is Luke Donald. He’s coming back into some form after making a number of swing changes and he’s played well at Augusta in the past. That said, given his modest length off the tee and relatively low ball flight, he’ll have to be on top of his game to contend at Augusta.

Francesco Molinari has been one of the best European golfers over the past five years, but he’s never experienced great success in America. The signs, however, have been more positive this season. He’s showing a greater consistency on US soil – a sure sign he’s feeling more and more comfortable on the PGA Tour. He played very well at Bay Hill en route to his first top five of the season and notched top 25s at both the HSBC Champions and WGC-Cadillac Championship (he also finished 8th at the World Cup of Golf - an unofficial event). Molinari hasn't really contended in a major championship to date, but his form, consistency, iron-play precision and driving accuracy suggest Augusta could be the ideal venue for that challenge - especially given his growing familiarity with the golf course.

There were five withdrawals at the Arnold Palmer Invitational, and without wishing to disrespect Jeff Overton or Rory Sabbatini, three of them attracted more concern. A major championship without Tiger Woods in the field immediately commands less interest, and his less-than-positive rhetoric about his back is a real worry. Bubba Watson shot an opening 83 and promptly withdrew - although his allergic reaction shouldn't force a Masters withdrawal - and Hunter Mahan pulled out with a bad back in the last round. His record at Augusta is poor, but he's still an established name who brings something to every tournament he competes in. Alternates will be upbeat - the antithesis of the current emotions felt by Masters organisers.

Next week, the PGA Tour heads to the Lone Star State for the Valero Texas Open, while Europe takes on Asia in the European Tour's EurAsia Cup.

Scott crumbles under every pressure

Video: Matt Every breaks through - Wins the Arnold Palmer Invitational