AFTER his spectacular comeback victory at the Tournament of Champions, Jon Rahm declared that nobody in the world is playing better golf than the Spaniard - and it is difficult to argue with him.

His form in the majors was not great in 2022 and he admitted that he spent much of the year battling with his swing. Despite that, he won the Mexico Open, Open de Espana and DP World Tour Championship in Dubai, finishing the year in third place in the DP World Tour standings. For many golfers, that would be a career season and only goes to show where Rahm’s game is at now.

He played superbly in Hawaii, overturning a seven-shot deficit to catch and overtake Collin Morikawa. And now he is looking forward to a big year. He will want to add to his 2021 US Open success and will also have an eye on the Ryder Cup. Rahm is sure to be a key player for Luke Donald’s European team.

And he will be one of the favourites to win The American Express Championship at PGA West this week. 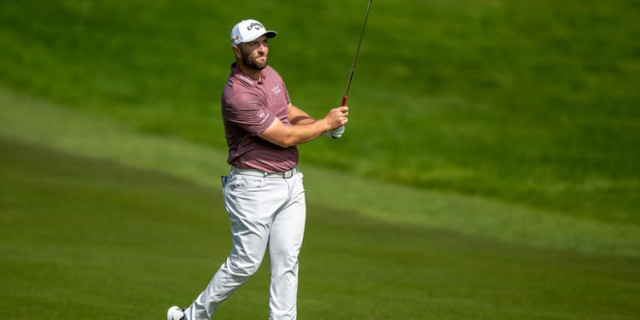 Not so very long ago, it would have been unthinkable for a US team not to include Rickie Fowler. But in recent times the American’s game has fallen off a cliff, and this is a make-or-break year for him.

He arrives at PGA West knowing that he needs a good week to take the pressure off. He is a five-time winner on the PGA Tour and a two-time winner on the DP World Tour, but his most recent success was at the Phoenix Open four years ago.

For reasons best known to himself, Fowler decided that he needed to make some swing changes but it backfired. His world ranking has plummeted, and he now finds himself outside the top 100. But he did finish in a tie for second at the Zozo Championship last year. He is working with Butch Harmon and will be hoping that performance was not a flash in the pan.

Scottie Scheffler is also in the field, knowing that a strong finish will see him reclaim the top spot in the world rankings from Rory McIlroy. It is hard to believe that this time 12 months ago Scheffler was still looking for his maiden PGA Tour success.

That first victory came at the Phoenix Open in February - and three more quickly followed, including The Masters. He hasn’t won since claiming the Green Jacket but there have been four runner-up finishes and it surely won’t be long before Scheffler is winning again.

Twelve months ago Hudson Swafford produced a strong finish to win The American Express for a second time, as Ireland’s Seamus Power saw his hopes fade on the final day in California.

"This was definitely a special one," Swafford said. "A third win, and about a month ago my father passed away and his birthday was this week, so I know he was following and watching and to get it done, it was awesome."

PGA West was designed by Pete Dye. It is a par 72 measuring 7,300 yards. It’s a Pete Dye course, so you know that means there are plenty of water hazards and a great deal of sand.

Andrew Landry is a course specialist who won the tournament in 2020 and finished second in 2018, but it is hard to see beyond Jon Rahm with 2018 champion. The Spaniard has already won this year and has clearly returned to his very best form.

Jon Rahm. Back to his brilliant best

Scottie Scheffler. Must be ready to win again

Will Zalatoris. What he would do for Rahm’s putting stroke

Scottie Scheffler. Impressive in everything he does

Danny Willett. Trying to re-establish itself on the PGA Tour

Aaron Rai. Looking to take next step after a good first year on the PGA Tour