Jon Rahm Player Profile And What's In The Bag

Rory McIlroy ended the season as Europe’s number one after finishing fourth at the DP World Tour Championship. The Northern Irishman also won the FedEx Cup and reclaimed the top spot in the world rankings.

The tournament was won for the third time by Jon Rahm, of Spain, who finished with a 67 and a 72-hole total of 268, 20 under par, to beat Alex Noren and Tyrrell Hatton by two shots. McIlroy ended the week on 16 under, a shot ahead of Matthew Fitzpartrick and Tommy Fleetwood. Fitzpatrick, the US Open champion, began the day one adrift of Rahm and in pole position to top the rankings but he struggled all day and ended with a disappointing 73.

Rahm made a dream start when he birdied his opening three holes but failed to get up and down from the greenside bunker to save par at the fourth, as Noren followed successive birdies from the second by holing from 30 feet at the sixth to briefly get within one of the lead.

Rahm reached the turn with a two-shot cushion over Noren, who birdied the ninth and halved the advantage with a 25-foot birdie at the 12th, with the Spaniard regaining that margin with a 30-footer at the par-three 13th and then coasting home for his third success of 2022.

He said: "Because of Covid I never got the chance to defend my 2019 title. Even though I decided not to come last year I came here with the mentality of 'Well, nobody beat me in the last two years so they're going to have to beat me again’.

"I came in with that confidence. A lot of similarities to the past - the last time I won here I started at 15 under, had a heck of a front nine and I shot 20 under as well to win it.

"I like this course and this course likes me! I hope this is the third of many more. Hopefully people can stop telling me that it was a bad year. Three wins worldwide, three wins in three different continents.” 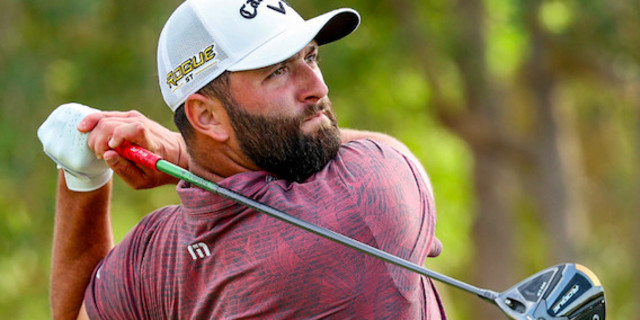 Who Is Jon Rahm?

Rahm was born in Barrika, Biscay, Spain on November 10, 1994. He was a prodigiously talented amateur, reaching number one in the amateur world rankings for a record 60 weeks. He turned professional in 2016 after finishing 23rd in the US Open. He finished third in the Quicken Loans in his first start as a professional and qualified for The Open. He was second at the Canadian Open and in January 2017 he won the Farmers Insurance Open at Torrey Pines, holing a 60-foot putt to secure the title.

He has gone on to win seven times on the PGA Tour and eight times on the DP World Tour. His first major success came at the US Open in 2021 and he climbed to number one in the world rankings.