Two-time PGA Tour winner Power makes the trip to Yas Links after teeing it up alongside Hatton for Team Great Britain and Ireland at the Hero Cup, while Straka makes his tournament debut after representing Continental Europe in a winning cause.

Fox, who enjoyed a career-best year in which he won twice and finished the season as DP World Tour Number Two, will return to Yas Links Abu Dhabi on Yas Island - the home of sport and entertainment in the Middle East - as the venue hosts the prestigious tournament for the second consecutive year, which has long been a fixture on the global golf schedule, having first been staged in 2006.

Irishman Power, who finished 2022 on top of the PGA Tour’s FedEx Cup standings, makes his debut in the Rolex Series event at the beginning of a year which he hopes will deliver a Ryder Cup debut for Team Europe. Power is surely a shoo-in.

“The Abu Dhabi HSBC Championship is one of the highlights on the DP World Tour schedule and I am really excited to make my debut,” Power said.

“I have heard great things about the event and I am relishing the chance to take part in it. I’ve played well on the PGA Tour this year so hopefully I can bring my game to Abu Dhabi next month and take a step closer to that team at Marco Simone in September.” 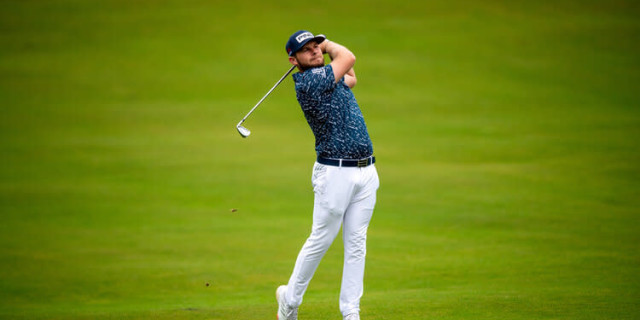 Englishman Hatton, who won his fourth Rolex Series title when he secured the coveted Falcon Trophy in 2021, said: “I am looking forward to returning to the Abu Dhabi HSBC Championship, it’s a tournament I have a good record in.

“The win in 2021 is one of my greatest memories in golf and it is always an enjoyable experience to begin the year with such a big event in Abu Dhabi.”

Fox, whose best Rolex Series result to date was a second place in Ireland in 2018, said: “The events in the Middle East at the start of the year are always great fun, so I can’t wait to get over to Yas Links in January.

“I’ve played some really good golf over the last 12 months so hopefully I can continue that in the new year and compete for a Rolex Series title.”

“I loved my first taste of a Rolex Series event last year and I am eager for more at the Abu Dhabi HSBC Championship.

Molinari will return to the event for the first time in nine years, one week after leading the Continental Europe team in the Hero Cup, and is another man with his sights on securing a memorable home appearance at next year’s Ryder Cup.

He said: “I haven’t played in Abu Dhabi for a long time so I’m looking forward to getting back there and trying out a new venue.

“I’ve got a pretty good record in the event so I’m hoping to resurrect some good memories when I get back there and try to challenge for the title.”

It will be fascinating to see how the likes of Lee Westwood, Ian Poulter, Henrik Stenson, Patrick Reed, Sam Horsfield and Bernd Wiesberger are received by their fellow players - all six are, of course, now plying their trade with LIV Golf. And you can be absolutely certain that the DP World Tour will not want to see any of them walking away with the title.

There is a very strong field in Abu Dhabi, with Robert MacIntyre, Adrian Meronk, Guido Migliozzi, Victor Perez, Jordan Smith, Alex Noren, Hojgaard twins Rasmus and Nicolai, and South African star Thriston Lawrence all teeing it up this week. They will also all be in action again next week at the Dubai Desert Classic.

Tyrrell Hatton is a previous winner and loves this part of the world. He enjoyed a consistent year in 2022 but will be keen to get back into the winners’ circle again - and soon. Tommy Fleetwood celebrates his 32nd birthday this week and would love nothing more than to win this event for a third time. He won the Nedbank Challenge last year and is now back to his very best.

Tommy Fleetwood. Back to winning form

Tyrrell Hatton. Easy to underrate him

Richard Mansell. Englishman enjoyed a decent run at the end of 2022

Eddie Pepperell. Finished fourth in Portugal as he finally rediscovered his form

Nathan Kimsey. Starred on the Challenge Tour in 2022 - can he take the next step?

Joost Luiten. Looking to put injury woes behind him