The 150th Open Championship at St Andrews is a milestone event that would be a unique achievement for a player to win. But who could that be? Golfshake's Derek Clements has some thoughts...

It is remarkable to consider that Zalatoris has yet to win a regular event on the PGA Tour because his record in the majors is quite remarkable. The pundits will tell you that he is a suspect putter from short range but every other part of his game is truly world class.

The defending champion has yet to win in 2022 but has displayed a remarkable level of consistency. Like Zalatoris, he is seen as being a poor putter but you don’t win two majors if you can’t putt. His iron play is peerless and his game should be made for St Andrews.

Speaking of golfers whose game is made for the Old Course….Fitzpatrick has a low ball flight and won’t worry if the wind blows. He is walking on air after his remarkable victory at the US Open, and he has now added distance off the tee to a sublime short game.

The South African has attracted headlines because of his defection to the LIV Series but let’s not forget that he could have won three majors in 2021. Or that he won The Open when it was played here in 2010 and then only lost to Zach Johnson in a playoff in 2015.

The Englishman is another course specialist, having twice won the Alfred Dunhill Links Championship, which features 36 holes at the Old Course. Despite his reputation for having little or no patience, Hatton enjoys links golf and it would be no surprise to see him contend.

Won The Open at Royal Birkdale in 2017 in incredible circumstances and then chased down Morikawa at Royal St George’s in 2021. He is looking close to the form that saw him top the world rankings.

After a disappointing time in 2021, Thomas has bounced back in spectacular fashion in 2022, winning the PGA Championship and consistently showing good form on the PGA Tour. Has a wonderful temperament and a sure touch on the greens.

Barely six months ago, Scheffler was still looking for his first victory. Since then he has won four times, including The Masters, and risen to the top of the world rankings. He seems to contend just about every time he tees it up and knows how to play in the wind.

Still battling to find true consistency. And he will be praying that the wind doesn’t blow because his high ball flight simply isn’t suited to those conditions. However, if we have four calm days he could tear the Old Course to shreds. 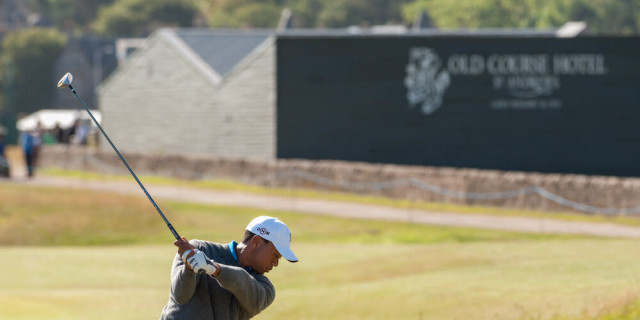 The 15-time major champion won two of his Opens at St Andrews. There do, of course, remain huge doubts about both his fitness and form but if any venue is going to suit him then this is it. He will enjoy the fact that the course is flat and will call upon wonderful memories.

Let us know who you think will lift the Claret Jug on Sunday!