SUDDENLY I feel very old. It only seems like yesterday that Padraig Harrington was winning The Open and the PGA Championship but he has just announced that he will be making his Senior Open debut at Gleneagles in July.

The Irishman and another double Claret Jug winner, Ernie Els, join Darren Clarke, Tom Lehman and Sandy Lyle in aiming to make history at the event that has a record prize fund of £2.5m.

Only three players - Bob Charles, Gary Player and Tom Watson - have won both the Open Championship and Senior Open.

"To make my Senior Open debut in Scotland is special," said Harrington.

"I always love playing there and it holds precious memories as the country of my first major win [Carnoustie 2007].

"Gleneagles is a great venue and I have fond memories of being there as a vice-captain at the 2014 Ryder Cup."

The European captain from that triumph over the United States was Ireland's Paul McGinley, who will also be teeing up at the Kings Course from July 21-24, the week after The Open at St Andrews.

"Gleneagles is a very special place for me and it's going to be a nice feeling when we go back there," said McGinley. "All these years later, I still struggle to put that week into words. It was magical and something I will never forget.

"Despite my memories of the PGA Centenary Course, where the Ryder Cup was held, the Kings is a true golf course. It has a bit of everything to make it a real test - you can't hold back or it will eat you up." 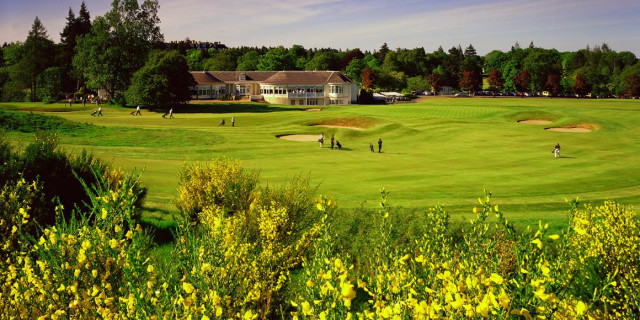 Six new tees have been introduced and the layout "oozes class", says Scotland's Colin Montgomerie, who is targeting a first Senior Open success to add to his Senior US Open and two Senior PGA Championship titles.

"It will be different to the last time many of us played it but it will still be as true as ever," said Montgomerie. "A lot of the Americans won't have played it before but I can assure them they will love it.

"I think the crowds could be the best we have ever seen at the Senior Open. I'm hoping people stick around after The Open at St Andrews to watch us at Gleneagles."