THE PGA Tour travels to South Korea for the first time with the inaugural CJ Cup @ Nine Bridges. It will feature a field of 78 players, with no 36-hole cut, and the prize fund is a massive $9.25m - only the majors, The Players Championship and the four WGC's boast bigger purses.

It seems that the PGA Tour may be throwing down the gauntlet to the European Tour, which stages tournaments all over the globe. Last week, the CIMB Classic was staged in Malaysia - there are also events in Mexico, Canada, Puerto Rico and, now, South Korea. It means that for those who choose to play in successive weeks, jet-lag becomes a real issue. But at least they will be racking up the air miles.

It is also interesting that there is no cut. Why would a player want to travel halfway around the world and risk having to board a plane to return home after failing to make the weekend.

PGA Tour deputy commissioner Jay Monahan believes that this is an important week for the PGA Tour. "It is a historic landmark for us as we add  another tournament in Asia. We had such a phenomenal experience in Korea last year at The Presidents Cup, and we hoped an official, permanent event in this great country would be the result of that success,” said Monahan. “Partnering with the CJ Corporation means this tournament will be on the Korean sports landscape for years to come. We have a tremendous population of Korean golfers on the PGA Tour, and we anticipate that will continue.” 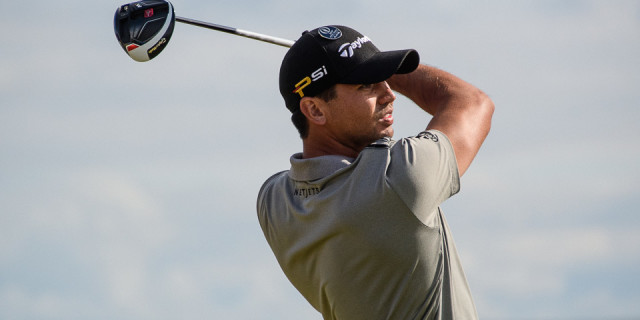 In 2015, the Presidents Cup was staged in Asia for the first time in front of record crowds, with the US team defeating the International Team by one point at the Jack Nicklaus Golf Club Korea in Songdo IBD, Incheon City.

Sangmoon Bae played for the International Team, and he compiled a 2-1-1 record in his four matches. Bae has just returned to action after spending two years completing his national service with the South Korean army. His first tournament back was the Safeway Open, which he won in 2014. He missed the cut, but that was hardly surprising since he has played very little golf during the past two years.

"I felt privileged to serve my country," said Bae. "But I just couldn't wait to get a golf club back in my hands and start playing again. I have missed being out on Tour. I have missed my friends and I have missed playing competitively. I know that I have been away and that other players have come to the forefront during that time. However, I feel that I have the game to compete at the highest level again and hope that I will soon rediscover my very best form."

In 2016, there were 20 players from South Korea on the PGA Tour and Web.com Tour. On the PGA Tour’s international-player roster, the 12 Korean members for the 2016-17 season was exceeded only by the 15 from Australia. And the LPGA Tour is, of course, dominated by South Koreans. The population of South Korea love their golf and this tournament could turn out to be an inspired move by Monahan.

“The addition of The CJ Cup @ Nine Bridges gives us three strong tournaments in consecutive weeks in Asia [next up is the WGC-HSBC Champions in Shanghai], and they will play a significant role in shaping the early part of the FedExCup season and the FedExCup chase overall,” Monahan said. “South Korea is a beautiful country with a rich golf tradition. Many of our players who have been to the country already know that, and those who haven’t are in for a treat. The fact that valuable FedExCup points will be offered only enhances this tournament’s position on our schedule.” 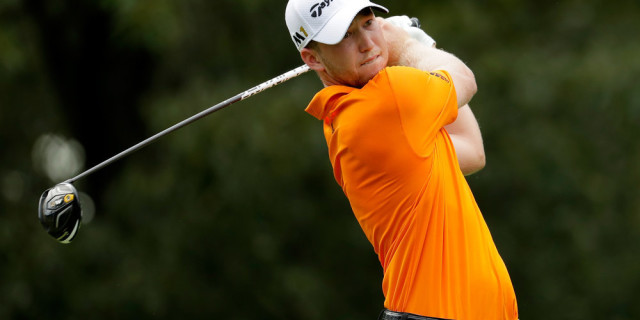 Daniel Berger may look on enviously at the achievements of Open champion Jordan Spieth, FedEx Cup winner, player of the year and US PGA champion Justin Thomas and Tour Championship winner Xander Shauffelle. Make no mistake about it - Berger deserves to be mentioned in the same breath as Spieth, Thomas and Shauffelle. A former rookie of the year, he won his first tournament in 2017.

Berger has a whole lot of game. He is a terrific driver of the ball, a brilliant iron player and, on his day, a man who holes everything he looks at. He is surely a shoo-in for the 2018 American Ryder Cup team and is destined to win majors.

Shauffelle enjoyed a rookie season the likes of which has not been witnessed since a young man called Tiger Woods burst upon the scene in 1996. Shauffelle won the Greenbrier Classic and crowned an astonishing season by claiming the Tour Championship at East Lake. Like Thomas, there is nothing to Shauffelle. The 23-year-old stands just 5ft 10in and tips the scales at 12 stones, but he is one of the longest hitters on the PGA Tour and has already proved that he has no weaknesses.

He is on a real high right now, a young man who has already proved that he is not frightened to achieve multiple wins. He plays tough courses really well and is determined to prove that he can be a star on the global stage. 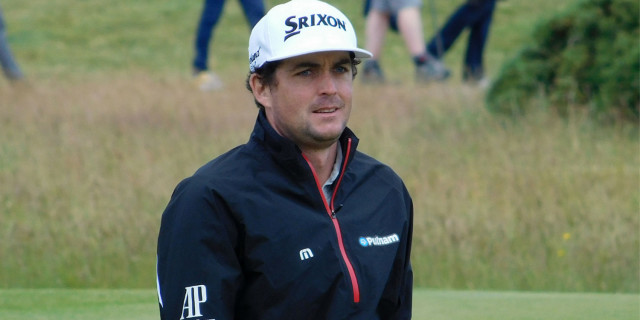 Look out, too, for Keegan Bradley. He may well be an incredibly infuriating golfer to watch but he is a cussed character and has bounced back after the belly putter he depended upon was banned. Bradley finished second at the CIMB Classic and found a decent vein of form towards the end of the 2016-17 PGA Tour season. It has been too long since he last won, and he is determined to put that right - and soon.

Each Way: Thomas Pieters. Getting better all the time

Jason Day. Back in business

Marc Leishman. Has started to believe in himself

Justin Thomas. Looks like winning every time he competes

Ben An. Would be a hugely popular winner