First it was Phil Mickelson. Next came Rory McIlroy. And now Jason Day has followed suit in parting company with his long-time caddie. In Day's case, the announcement that Colin Swatton would no longer be on his bag came as a major surprise as he has acted as a surrogate father to the Australian.

Day, who has won 10 times on the PGA Tour, has had a season to forget. He has struggled with his form and has also had to cope with the news that his mother was battling cancer. His last victory came at the 2016 Players Championship and his world ranking has tumbled from No. 1 to ninth.

He announced the parting of the ways on the eve of the BMW Championship in Chicago, the penultimate tournament in the FedeEx Cup Playoff Series, and an event in which Day has to play well to secure his place in the 30-man field at next week's Tour Championship at East Lake.

"Sometimes the chemistry just doesn't work,'' said Day, 29, "He's been my coach since I'm 12. Obviously this is a very hard time for both of us with regards to we had a relationship for so long, my caddie for 11 years. My attitude is not good coming to the golf course because of things he can't control, obviously. It's not a good formula for success out here.'' 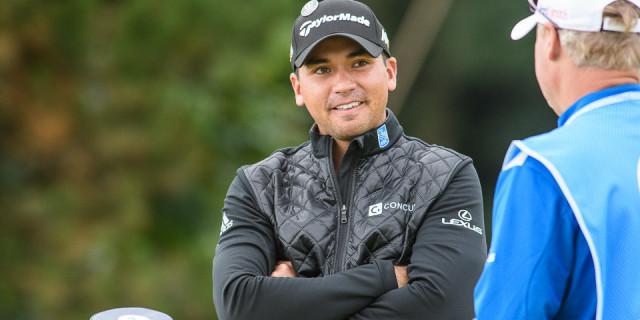 Day and Swatton first met at the Kooralbyn International School in Queensland, Australia, where Day's mother had sent him after the golfer's father had died. Swatton traveled with Day to the United States when he turned professional as a teenager, and they have been together since. Day insisted Swatton would remain as his coach, though he's unlikely to travel to tournaments. A high school friend, Luke Reardon, will work for Day the next two weeks.

"I'm blaming him for nothing,'' Day said of Swatton. "The last couple of weeks were tough. I never wanted it to turn into a toxic relationship, where he's taken me from where I was as a 12-year-old kid to where I am today and I'm not talking to him anymore. Luke will be on my bag this week and we will see what happens after that."

Day, one of the slowest and most deliberate players on the PGA Tour, confirmed that Swatton will remain as his swing coach. He might do well to note that Mickelson and McIlroy have failed to win since dispensing with their caddies - and McIlroy is coming to the end of his worst season as a professional golfer.