World number one Jason Day makes his return to competitive action this week at the Tournament of Champions in Hawaii, and he has already stoked controversy and debate by addressing his often criticised meticulous (and sometimes ridiculed) pre-shot process. With slow-play viewed as being extremely problematic to golf as both a recreational and viewing sport, the top ranked Australian has become a battleground figure in a subject that hasn't been effectively tackled by the major authorities.

For the 29-year-old, the focus is doing whatever is necessary to be the best. "I cared about, you know, obviously everyone wants to speed up the game," said the 2015 PGA Championship winner during his press conference at Kapalua. "That’s a big subject, to speed up the game."

"For recreational golf, I understand. But for golfers that are trying to win and that one shot that could take you out of a play-off, that’s important, and you need to make sure that you get everything correct. We’re driven by results; we want to be the best and we want to do everything but the average Joe just doesn’t get it."

Day was dead right about one thing. There's a difference between tournament golf and recreational golf when it comes to pace.

AP Golf Writer, Doug Ferguson was quick to note that Day's assessment on the difference between the professional and recreational games, with golf's best players frequently being tasked with playing courses measuring significantly north of 7,000 yards, with long rough and fast greens only adding to the difficulty, such as we saw at last year's U.S. Open, which is a factor that can be traced back to the continued development of club and ball technology.

"Point-misser of the year" has already been decided. Step forward Jason Day, who is clear favourite for "narcissist of the year" too..

Experienced Scottish golf journalist, John Huggan was less sympathetic towards the Queenslander, who has been symbolic of a wider problem for the game. It's just about impossible to accurately record any correlation between the slow play on the tour seeping down into the regular club level, but that is a growing perception during an era that everyone demands life to be faster, with golf, certainly at the top, becoming the antithesis of that. 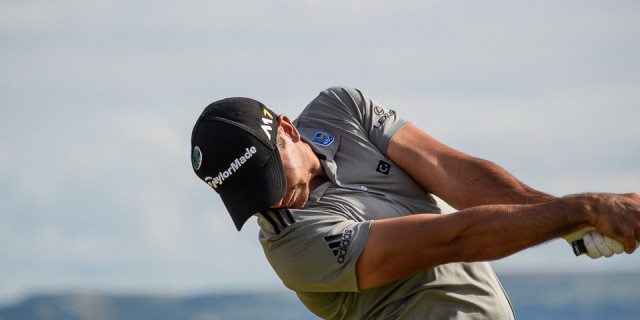 Where do you stand on the issue? Is this simply an issue to be addressed by the tours and authorities, or do the players have a moral responsibility to the game as a whole?