Was the Sky Open Coverage On Par?

SO IT is all over for another year. And just what did we make of Sky Sports' much-heralded coverage of The 2016 Open Championship?

Well they certainly took it seriously, so much so that Sky Sports 1 became Sky Sports The Open for the week. And they promised that we would see the first shot struck every day and that they would follow every spit and cough until the final putt was holed. 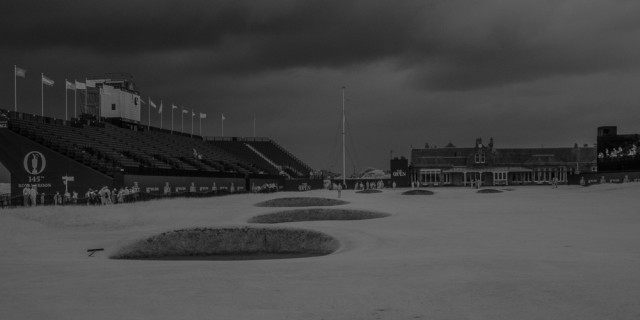 Unsurprisingly, they were true to their word and we didn't miss a thing. Yes, there were the interminable advertisement breaks, but they were brief.

We had the benefit of Shot Tracker, we had the Sky Cart, we had Ewen Murray on marathon commentary duty for all four days, we had The Open Zone where Robert Lee and Claude Harmon took players through their routines, explaining what their thinking was on various shots, we had Colin Montgomerie giving us his idiosyncratic view of all things Troon.  We also had the admirable Nick Faldo, Bruce Critchley and Paul McGinley calling the shots.

There was David Livingstone moved to tears as he introduced a piece on his late friend, Barclay Howard, a fine Scottish golfer who fought a life-long battle with alcohol before finally kicking the bottle and finishing as leading amateur at the 1997 Open at Troon - only to be diagnosed with cancer weeks later. He eventually succumbed 10 years later.

Richard Boxall, Andrew Coltart, Howard Clark - a cast of thousands. Then there was the delightful Di Dougherty, handing out cupcakes in the grandstand while mixing with the "punters", and Sarah Stirk interviewing players as they finished their rounds. Tim Barter, much respected by the players, has an easy style and an ability to persuade players to open up before going out to do business.

And we can't forget Butch Harmon (as much as many of us would like to). Butch is one of the world's best coaches and knows how the golf swing works. He also knows what makes many of these players tick. So why is he so infuriating? It could be something to do with the fact that he seems incapable of giving the players their proper names. "Come on Serge/Roars/Scotty/Stricks/Holmesy/Philly Mick." Stop it Butchy, please stop it.

The ingredients were all there, yet there was something missing. Humour. Thank the lord then for Wayne Riley, the eccentric Australian. A former European Tour player, Riley knows the game inside out. Players like and respect him, and he is funny. But he is funny in an obvious way.

So here is the thing, and I never thought I would say this - I found myself missing Peter Alliss, and I found myself missing Ken Brown chuckling away in the background as Alliss comes out with a rare gem. Riley could be a natural successor to Alliss, but the problem is that Sky don't see him as a commentator - instead, they have him out on the course, following the leading groups.

Don't get me wrong, there was nothing wrong with Sky's coverage. It was very...worthy. Yes, worthy, that's the word. And it was highly professional too. They will no doubt sit down and reflect on their week and feel pretty smug with themselves but they should remember that golf, like all sport, is meant to be fun. It is not a matter of life and death.

What did you think?  let us know in the comments below.