Understand the How and Why of Your Ball Flight 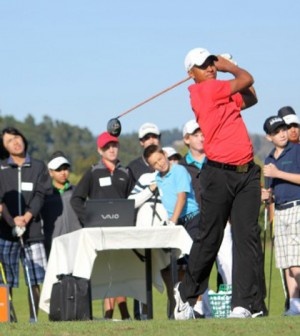 There is plenty of content out there explaining ball flight laws and why golf balls do as they do when struck.  The problem is, many golfers still don’t understand and therefore spend valuable practice time less than effectively.

Of course, as a coach, I know the best thing is to book a programme (not just swing lessons!) with your professional and make big changes where you are involved in the learning process; that way you can start to discover and understand your own game.

However, for the other 90%+ of the time, when you are golfing solo...you need to be able to understand the how and why of your ball flight. As Tiger’s instructor Sean Foley said recently, his goal is to allow the player to move away from being reliant on him as a coach. This is going to be difficult to do without an understanding of the flight of your golf ball.

In this article I will give some facts of impact and ball flight and explain how to analyse what you do. You may need to read this a few times over, and I suggest you don’t try to memorise it; this is not a test! Instead, use this as a benchmark to change your awareness.

NB For ease of understanding, everything written is for a right-handed golfer, if you are a leftie just flip the info the other way, and be happy that, due to being a leftie, you get less people trying to offer you swing advice on the range!

The flight of the golf ball is determined by 4 factors:

Depending on the club used and clubhead speed, the clubface direction at impact (left/right/straight) has been shown to give between 60% - to 95% of the ball’s starting direction.

This also is the case with the clubfaces’ dynamic loft (loft on the face at impact). Here the ball launch angle is again, mostly influenced by the clubface, rather than the angle of attack.

Easy tip: Although not 100% accurate, in simple terms, clubface = launch! When practising, push an alignment stick into the ground 10 yards away from the ball, hit a shot and you can easily see the starting direction and therefore deduce the clubface aim at impact.

Impact is very fast; as quick as 0.0004 seconds! Definitely not long enough to sense the clubface position and try to correct it whilst the ball is ‘on the face.’ The curve on a ball is predominantly due to the difference between the clubface at impact and the direction of the swing path.

More info on the relationship between clubface and swing path can be seen here:

Increased speed leads to higher spin rates, exaggeration of any tilting of the spin axis, more curvature, longer distances and higher shots. I am sure you all see young juniors at your course who NEVER miss a fairway...well it does get a bit harder to hit it so straight with some extra speed for sure, but it is definitely possible with some extra understanding.

Easy tip: A good way to build some control with your swing and have some fun: make some full swings but hit shots with 20% effort (great for working on swing changes) and then do the same at 95% and see how you get on before finding YOUR best compromise between of distance and control.

For you juniors out there...hit it HARD and work on control afterwards, believe me...you will thank me later on when you have the control AND the distance ?

You know what I said about face and path? Well...just to confuse you, there is one more, very important factor; contact/impact point of club and ball in comparison to the centre of gravity of the club.

Many golfers strike the ball from the sweet spot MUCH less often than they think and this influences ball flight hugely.

A shot contacted off centre on the face (due to something called horizontal gear effect) imparts spin on the ball which can exaggerate or reduce curvature.

Due to vertical gear effect, shots hit lower on the face tend to launch lower and have increased spin; contact high on the face leads to higher launch and reduced spin.

My challenge to you; next time you are on the range try to hit lots of different shots with differing heights, curves and launches. Use some of these tips to alter your face and path to affect ball flight and be more in control of your game.  Focus on the result of the shots, not the technique that goes into it. Get some help from a coach who can help you with your exploration. Have fun and let me know how it goes!

Andy Griffiths is a UKPGA member, graduated from the University of Birmingham with the AGMS (Applied Golf Management Studies) degree and holds coaching certifications with the PGA, TGA, TPI Levels 1 & 2.

Andy is a UKPGA member & graduate of the AGMS degree at the University of Birmingham. He's coached in more than 30 countries and travelled and worked with many of the best in the business. His no. 1 desire is to help golfers reach their dreams, and to enjoy the process!