Resident rules expert, Barry Rhodes offers some advice on Rule 13-2 which focuses on playing the ball as it lies and fairly taking a stance without lie, line of play and the area of the stand and swing.

Most golfers have been faced with a situation where we find our ball lying in an area of thick undergrowth, under low-hanging branches of a tree or a bush. Rule 13-2 requires that we must not improve the area of our intended stance or swing by moving, bending or breaking anything growing, but that no penalty is incurred if we do so in ‘fairly taking a stance’. 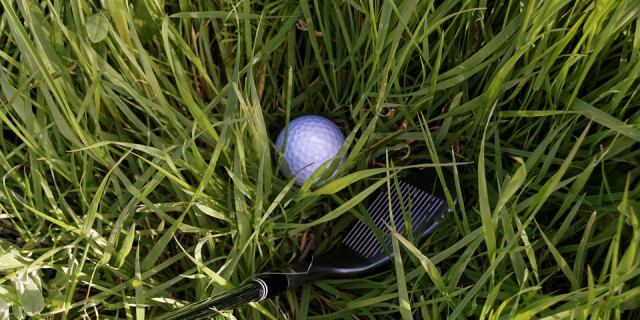 In order to fairly take their stance the player is required to prepare for their stroke in the least intrusive manner that results in the minimum improvement in the position or lie of the ball, area of intended stance or swing, or line of play. Decision 13-2/1 provides a detailed explanation of how to interpret ‘fairly’ in this context;

Examples of actions which do constitute fairly taking a stance are:

Examples of actions which do not constitute fairly taking a stance are:

A related question, which is frequently misunderstood by golfers, is whether a player is penalised for dislodging leaves while taking their stance, or making practice swings. The answer depends on whether the resulting area of the intended swing has factually been improved. In some cases, the knocking down of a number of leaves would not improve the area of the intended swing, as the player still has to swing through a number of remaining leaves when making their stroke. In such circumstances, there would be no breach of the Rules. In other cases, the knocking down of a single leaf might improve the area of the intended swing, in which case there has been a breach of Rule 13-2. The determination as to whether a player has created a potential advantage by their actions is made by reference to all the circumstances immediately prior to their stroke, including how they approached their ball, how they took their stance and any practice swings they may have made.