The North East of England has an astounding number of remarkable golf courses that are dying to be discovered. Check out our top ten courses in the North East under £100. 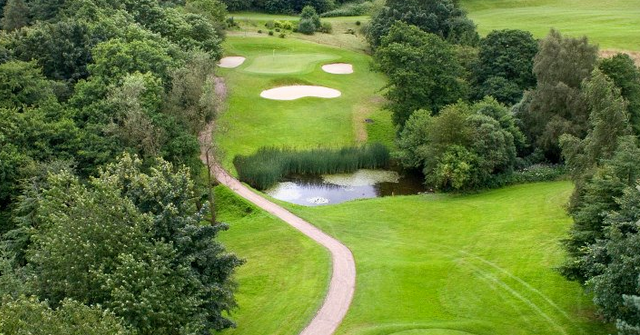 Where better to start than Moor Allerton Golf Club. The course was once a regular on the European Tour circuit and has seen the likes of Greg Norman, Nick Faldo and Seve Ballesteros walk its fairways. The course is now currently part of the PGA Europro Tour Circuit.

The course has everything. Tight doglegs, tree lined fairways, strategically placed bunkers and even a three tiered green. Peter Allis once said: “Moor Allerton is a golfing experience larger than life.”

With three loops of 9 holes, meaning there are three 1st holes, you should not struggle to find a tee time at this outstanding course. 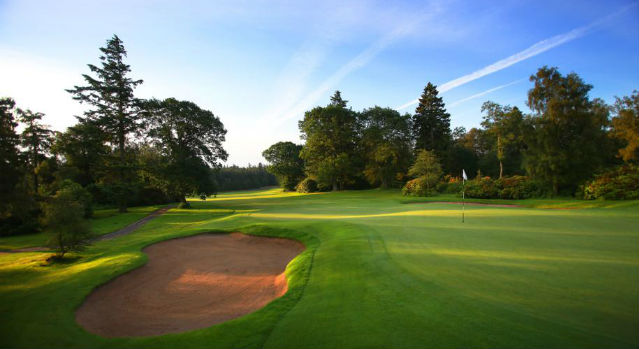 Slaley Hall has two courses to choose from, with the Hunting Course proving the better test of golf over the Priestman Course. The resort at Slaley Hall is part of the Q hotel group, formerly De Vere, and has been named by golf critics “The Gleneagles of the North East.”

The course is over 7,000 yards long and is cut through a large pine forest meaning not only is it long, but it is tight too. The front nine at the Hunting Course is among one of the best front nines in the whole of England.

To add to the stunning course, Slaley Hall also has an excellent golfing academy to offer. The covered driving range is perfect to warm up your swing before a round, as well as the well maintained chipping area.

Moortown Golf Club was the very first course in Europe to host a Ryder Cup in 1929. The course was designed by Alistair MacKenzie and has all the features you would expect from one of his designs, including the famous MacKenzie greens.

Moortown’s stature as one of the best golf courses in Yorkshire has led to it becoming a regular on the Regional Open Qualifying calendar as well as a yearly host of the highly acclaimed Faldo Series.

Located in the vale of Pickering, between York and Scarborough, Ganton Golf Club is regarded as one of the best places to play golf in the UK & Ireland. The course has hosted just about everything from Home Internationals to the Ryder Cup. Ganton is also only one of three courses in England to host the Ryder Cup, the Walker Cup and the Curtis Cup.

Off the Championship tees, the course measures at a staggering 6,998 yards however, most visitors are asked to play off the yellow tees which measure at 6,445 yards. Do not mistake the loss of 500+ yards for an easy round though; Ganton can easily catch you out.

Rockliffe Hall is set in 375 acres of spectacular Durham countryside and has everything you need for the perfect round of golf in the North East. Despite being a relatively new course, Rockliffe Hall has quickly become the home of the European Senior Tour – English Senior Open.

There is also a variety of accommodation choices at Rockliffe Hall. You can chose to relax in one of the hotels 5* rooms or stay in one of the 4* self-catering houses which sleeps up to 6 people.

Alwoodley Golf Club is another course in the Leeds area that was designed by famous architect Alistair MacKenzie. The one thing that makes Alwoodley stand out is that it was his first in a legacy of incredible courses.

The golf course hasn’t changed from its original layout in 1907. This natural heathland has everything you would expect. It has springy fairways that make their way through heather, whins and shrubs and has the classic undulating MacKenzie greens.

Fulford Golf Club is another golf club in Yorkshire that has a rich history. This course held 23 consecutive European Tour events in the 1970s, 80s and 90s and has seen plenty of big names win on this heathland course.

Its most memorable moment is that famous shot by Berhard Langer in the Benson and Hedges in 1981 in which he played his third shot from up the ash tree next to the 17th green. 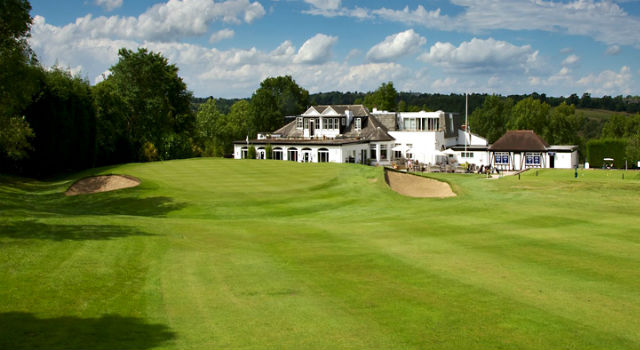 Located in Harrogate, Pannal Golf Club is the only course in North Yorkshire that is recognised as an R&A Open Qualifying venue. In July 2015 the course was also a co-host for the English Amateur Championship.

The course measures at an impressive 6,614 yards with a par of 72 and lies in beautiful woodland and heathland that offers outstanding views over Harrogate, Almscliffe Crag and the Crimple Valley. Pannal is a must for anyone staying in the Harrogate area.

Northumberland Golf Club is one of the most enjoyable heathland experiences in the North of England and is a must play for anyone staying in the Newcastle area.

The course is a tough test of golf for any standard of golfer mainly due its numerous well-placed bunkers and large undulating greens. The overall yardage of 6,687 only adds to the challenge of playing on medieval rigs and furrows.

Northumberland Golf Club is only a 20-minute drive from Newcastle City Centre where you can take in the lively lifestyle that runs day and night.

Set in the beautiful suburb of Adel, Headingley Golf Club was founded in 1892 making it the oldest club in Leeds. Numerous golf course architects including Alistair MacKenzie and Harry S. Colt designed the course.

Every hole has character at Headingley Golf Club making it an unforgettable round of golf. Henry Cotton, three times Open Championship winner, even said that the 17th hole at Headingley is one the best short holes he has ever played.