Vilamoura is one of southern Portugal’s finest resort towns, offering fabulous beaches and glorious weather. It was built in the 1980s as a golf resort but it is now much, much more than that. Yes there are still a host of world-class golf courses, but it has developed into one of the most desirable tourist destinations in Europe - suitable for the entire family.

There are now several parks but the focus of attention for most tourists is the marina, which houses dozens of fabulously expensive boats and sports cars. It is the perfect place to sit with a cool beer or coffee and watch the world go by. At the marina you will find a host of modern hotels, gourmet restaurants and chic bars. And from there it is a short stroll to the beaches of Praia da Falésia or Praia de Vilamoura.

Vilamoura is regarded as the creme de la creme of all the Algarve resort towns, and while it is a playground for the rich and famous, it remains highly affordable. There is plenty to do, including boat trips, waterparks, historic towns, and of course, golf. The five 18-hole golf courses make Vilamoura arguably the best location for a golfing holiday in the Algarve.

The beaches of Vilamoura are beautiful, with soft golden sands and crystal-clear sea waters that are safe for families, while the motorised water sports (jet skis, banana boats and parasailing) will entertain “children” of all ages.

No matter what your standard, you will find a course to suit you in the area. Most are immaculately manicured, featuring superb greens,

Vilamoura is arguably the best-known golfing region in the whole of Portugal. Officially, it comprises five golf courses, all now owned by the Dom Pedro Group. The five world-class courses, all located within a 3km radius, are:

The pick of the layouts are the Victoria, which hosts the Portugal Masters, Vale de Lobo, which is surely one of the finest golf courses in Europe, and Quinta do Lago. Most of the courses in this part of the world are located close to the ocean, but don’t expect to find any traditional links golf here because the turf is far more lush and, despite the lack of rain in the summer, the greens are holding and the bunkers are filled with white, fluffy sand. You will also find plenty of trees, lots of man-made water hazards and plenty of punishing rough.

Depending on the region and time of year that you visit, Portugal enjoys plenty of sunshine, with temperatures reaching 40C during the summer. It is much warmer than Britain during the winter but it can also be wet. If you are planning a golf trip, the months to avoid are probably December, January and February, when monthly rainfall amounts to about four inches.

In the north of the country, which is quite mountainous, conditions are generally cooler and wetter while Lisbon, the Alentejo and Algarve regions have long, hot summers with temperatures up to 35–40ºC. The humidity diminishes as you move away from the coast and the interior areas are quite mild.

During the summer, the locals enjoy a siesta to get out of the heat, usually between 2pm and 5pm - it is worth remembering that many shops will close during this time. On the other hand, they remain open later at night.

There is no time difference between the UK and Portugal

A host of airlines provide year-round flights to Portugal, including British Airways, Ryanair, Air Portugal, Jet2, easyJet, Are Lingus, TUI and SATA. They fly from all major UK airports and many regional airports and the good news is that you travel with one of the budget airlines, and book your tickets well in advance, it is cheap to get there.

The main attraction at Vilamoura is the magnificent, purpose-built marina, where you will find dozens of what are euphemistically described as “yachts” but are in fact ocean-going pleasure palaces, each worth millions of pounds, each with their own full-time crews.  They are the playthings of the rich and famous and where you find the rich and famous you also find fabulously expensive sports cars, so keep an eye out for the latest Ferrari or Lambourghini parked by the marina. There is no better place to sit and watch the world go and see if you can spot the odd footballer, pop star, actor or actress.

There is also a choice of beaches - Praia da Falesia and Praia de Vilamoura, where you will find warm, crystal-clear water. Parasols and sun loungers cost €10 per day and, as you would expect, there is a wide range of water sport available, including paragliding, banana boats and inflatables. There is also a series of water parks which feature massive flumes, rubber ring rides and near-vertical slides. The cost of admission is around €30 per adult and €20 per child, and that does not include any food or drink, so although it is a fun day out, it can also be an expensive one for large families - bear in mind, too, that all hotels in this part of the world have large swimming pools, and many of them also feature their own water slides. Zoomarine is a wonderful marine park that specialises in dolphins, marine life and tropical birds.

In the marine park, there is a diverse selection of activities, including dolphin shows, aquariums, and a good water park with slides, wave pools and rapids. The animals are kept in modern facilities, and are well cared for. The variety of attractions means Zoomarine is ideal for both families and young couples, and entry costs €29 for adults and €19 for children.

The nightlife in Vilamoura brings together a mix of bars ranging from the themed to the chic and trendy, and one of the most popular is Vilamoura casino, which features nightly shows. Also popular is Bliss nightclub, where you can party under the night stars. Or if you are looking for something rather more stylish you might want to try NoSoloAgua, which is famous for its sunset beach parties - during the day it is a restaurant but it becomes an entirely different location when the sun goes down. It is located the beach at Praia da Falesia.

The Portuguese coast sits on the Atlantic Ocean, which has a huge influence on the country’s cuisine. It is especially famous for seafood and for the use of spices in its food, including piri piri, black pepper, cinnamon, vanilla and saffron. You will also find that olive oil is a staple, used for cooking and for flavouring food. Unsurprisingly, garlic is widely used, along with herbs such as bay leaf and parsley.

It is quite possible to visit Portugal and find bars and restaurants that will serve English cuisine, but you really should try the local food. Portuguese breakfasts normally consist of bread, butter, cheese and jam, with coffee, milk, tea or chocolate. Sweet pastries and cereal mixed with milk and yoghurt are also popular.

Vilamoura is an ideal location to try local and traditional Portuguese cuisines. One dish to try is Cataplana, a seafood rice stew, that is both cooked and served in a large copper dish that resembles the key ingredient, clams. Cataplana is designed to be shared, with the copper dish being placed in the centre of the table. Wash it down with locally-produced wine.

The marina at Vilamoura is at the centre of everything in this part of Portugal. It is the place to be seen and the perfect venue if you just fancy sitting down with a beer and watching the world go by. And you will not be surprised to learn that there is an amazing choice of eateries.

If you love a perfectly cooked steak, you must visit Pepper’s Steakhouse, overlooking the stunning marina. Choose from Black Angus, T-Bone or New York Strip or opt for fresh fish and seafood, all washed down with an amazing choice of wines.

Purobeach Vilamoura has been recently renovated and  is located within Tivoli Marina Vilamoura, one of the best five-star hotels in Vilamoura. It is widely regarded as one of the Algarve's premier hotspots for laidback relaxation and beach club vibes. Great food, fine dining and music.

Oregano features Italian cuisine. The atmosphere is informal and it has won many awards.

Located at the marina, Ostra d’Oura specialises in Portuguese and international cuisine, but the real speciality is seafood. Try the lobster or crab - or the mouthwatering kebabs!

If you are looking for a fun night out then head for The Irish Bar. Just follow the music! A lively night is guaranteed, with live performers, sport onTV and a huge variety of beers, wines and cocktails. 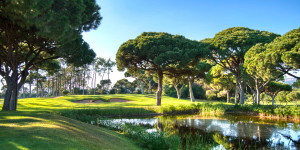 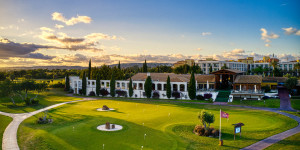 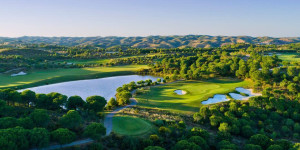 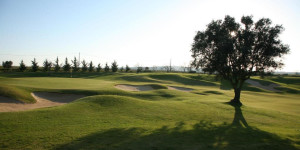 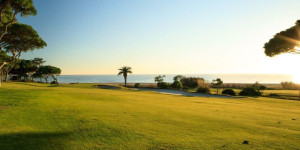 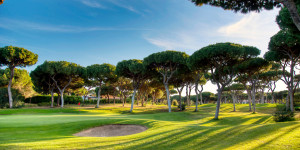