Antalya and Belek are two of the most popular destinations in Turkey for British holidaymakers. With a wonderful summer climate, they feature beautiful beaches, countless hotels, bars and restaurants and shops to suit everybody. But in recent years Turkey has realised that its weather is perfect for .... view more golfers and courses are now springing up all over the county.  Belek is home to more than 30 four- and five-star hotels. The town and surrounding area are famous for their spas and mineral waters received from seven springs. Belek is a fast-developing golf centre, hosting the Turkish Airlines Open in 2013. Here, we look at Antalya and Belek and everything they have to offer, both for golfers and their families.

With over 20 courses to access and many connected directly to the hotels or resorts, Turkey is a perfect destination for a golfing hoiliday.  Some of the world’s leading course designers have been brought in to help produce courses that are designed to give the Algarve a run for its money. The choice is large and is growing all the time as golf continues to boom in Turkey.  Below we list some of the most popular courses for travelling golfers as well as the main resorts.

The majority of the golf resort hotels in and around Antalya and Belek offer an all-inclusive option. They all cater for families and are all either located on golf courses or are within easy reach.  Here are our top picks for golf resorts in Turkey.

The local beer is EFES and is similar to Budweiser. Expect to pay around £1.50 for a bottle, while a decent bottle of wine will cost less than £5. You can also expect to pay about £5 for a snack at lunchtime. The price of a dinner will vary, depending on the type of restaurant or bar you choose to eat, but you won’t pay more than £20 for a good two-course meal with wine. Public transport is incredibly cheap, as are taxis - but always ask the taxi driver the price before you start your journey. And if sounds too expensive, don’t be afraid to barter.

Antalya is two hours ahead of the UK.

Turkey is not a member of the EU. The currency is the Turkish lira and there are plenty of ATMs and bureaus de change. You will also find that the euro and US dollar are widely accepted.

The flight time to Antalya is approximately four hours. A number of airlines fly there, with return flights from as little as £80. They include EasyJet, Jet2, Turkish Airlines, Thomas Cook and TUI. You can travel there from London, Manchester, Birmingham, Glasgow and most major regional airports.

More than one million people live in and around Antalya, which is the capital of Antalya Province. Located on  Anatolia’s southwest coast, it is bordered by the Taurus mountains and is the largest Turkish city on the Mediterranean coast. With its wonderful climate it attracts more than 12.5 million tourists every year, many of them from Britain. It has an amazing history and there is so much for tourists to see. Obviously, the main attraction is the beaches, but Antalya has so much more to offer for those who are prepared to make the effort.

The Old Town of Kaleici is a great place to explore independent art galleries and boutiques among ancient structures that have survived from the Ottoman, Byzantine and Roman empires. To Kaleici's south lies an ancient Roman harbour dating back to the second century BC. At the top of Mount Gulluk, the ancient city of Termessos offers an array of rare plant and animal species, as well as breathtaking views. No trip to this part of the world can be considered to have been completed without a visit to Antalya Archaeological Museum. It is one of the most popular in Turkey and tells Antalya's extraordinary history through its excavated relics. It also features a dedicated children's museum.

The most spectacular natural phenomenon in the area is the Duden Waterfalls, where the River Duden cascades into the Mediterranean over the cliffs. Another natural wonder within easy reach is the sun-scorched Cappadocia, renowned for its extraordinary fairy-chimney rock formations.

The number of shopping centres in Antalya have increased dramatically in recent years. They include Antalya 5M Migros, Antalya Kipa, Laura, Shemall, Deepo and Ozdilekpark and feature fashion outlets, restaurants, bars and eateries. The largest amusement park is the Aktur Park and there are also three aqua parks.

Other areas worth visiting include Mount Olympus National Park in Kemer and Kursunlu Waterfalls,the Karain Cave and the Guver Cliff. Visitors should spend a day at the Kursunlu Waterfall, which is home to more than 100 species of birds and features a spectacular hidden cave. The nearby ancient city of Perge with its Roman ruins and the Aspendos amphitheatre, which holds more than 15,000 people, are also worth a look. And don’t forget to check out the Aspendos amphitheatre, which is more than 2,000 years old and hosts ballet and opera festivals. In the town centre stands a magnificent mosque, alongside statues and extensive shopping in the tree-lined boulevards.

You may think you know what a doner kebab tastes like but just wait until you eat one in Turkey, where the kebab was invented. Much of the produce served in the bars and restaurants in and around Antalya was caught in the Mediterranean - seafood dishes are a real speciality. And the Turks really know how to cook a chicken. You should also try gozleme, which are savoury Turkish pancakes, usually filled with cheese, potato, spinach or chopped meat and served with a salad of tomatoes, cucumber and parsley. Pide is the Turkish equivalent of pizza; a thin flat bread baked in a special oven and topped with meat, vegetables and cheese.

There are cafes, restaurants and bars to suit all pockets. Turkish cuisine consists of far more than kebabs. Here are just a few of the restaurants you should visit.

Just five minutes away from Hadrian’s Gate, Vanilla Lounge mixes contemporary cuisine and the traditional Ottoman architecture that surrounds the restaurant. Run by a British chef and his Turkish wife, Vanilla Lounge is a great place to taste a rich array of international dishes. The menu consists of fresh ingredients, and represents a mix of both traditional and modern cooking techniques with inviting dishes such as pumpkin, coconut and lemongrass soup, wild mushroom tagliatelle or the succulent braised beef short ribs.

One of the most established restaurants in Antalya, Club Arma greets its guests with wonderful views over the old city and the marina. Built by Italians in the late 19th century, the building has served many purposes over the centuries, including a flour mill and a flour storage point. A true fusion of cultural influences is noticeable in Club Arma’s design, as the stones of the columns are typical of ancient Antalya, while the bricks and arches are reminders of the building’s Italian construction. Club Arma offers an a la carte menu with fresh fish, seafood and a solid range of Mediterranean dishes.

Offering wonderful panoramic views over the Gulf of Antalya, the Castle Cafe Bar is a perfect location for those wanting to contemplate the great outdoors while sampling delicious Mediterranean cuisine. Located in the old city of Antalya, on the edge of cliffs overlooking the sea, the Castle Café Bar is a trendy location, renowned for its ambiance and good service, and makes for a great stop during hot summer days. The menu is typically Mediterranean with diverse pasta options and tasty bite-size snacks available.

Big Chefs is a well-known restaurant brand in Turkey with 18 locations in six cities across the country, including Antalya. It was first launched in Ankara in 2007, and has since become a favourite with locals and tourists. Big Chefs’ offers a diverse selection of Turkish and international dishes. Visitors have many tempting options to consider from the large array of delicious, local recipes and generous, buffet-style breakfasts. 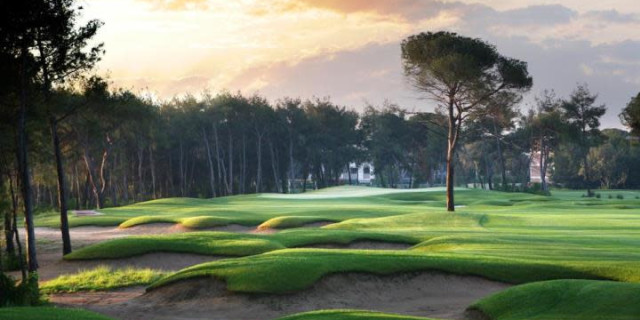 The Best Golf Courses to Play in Turkey 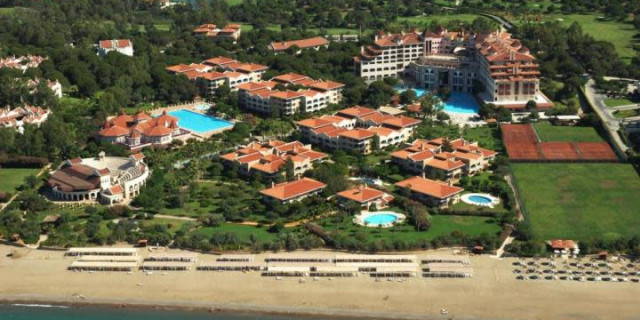 7 of the Best Golf Resorts to Stay at in Turkey 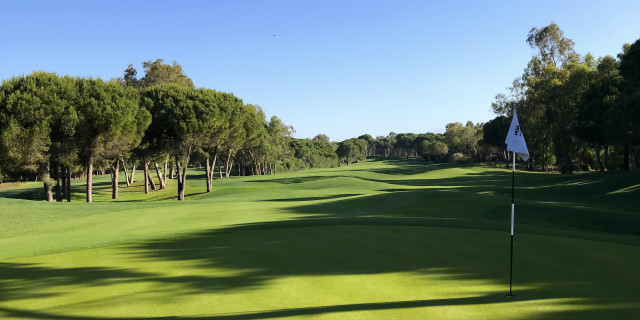 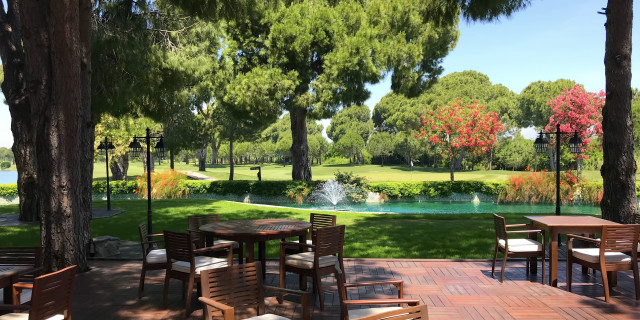 You can also view the Golfshake directory for golf courses in Turkey.