THERE won't be a dry eye in the house if Phil Mickelson finally wins the US Open at Oakmont this week. No golfer has suffered more in the second major of the year than the popular Lefty - and he knows that time is running out.

He turns 46 on Thursday, the day the tournament gets under way, and admits that he wants to win this event so badly that it hurts. Mickelson has finished runner-up on six occasions and it is the only major he needs to complete the full set and join an elite club comprising Gene Sarazen, Ben Hogan, Gary Player, Jack Nicklaus and Tiger Woods.

He arrives at Oakmont having finished second at the St. Jude Classic. On the face of it, he should be bursting with confidence. Mickelson has played well this season without winning. He worked hard on his swing during the off-season and returned to the PGA Tour hitting the ball straighter than he has done for years. In recent weeks, he has started missing fairways again - he hit fewer than 50% of fairways at the St. Jude Classic and knows that will be good enough to win at Oakmont. 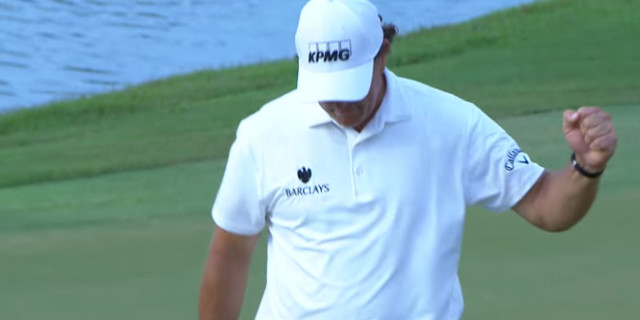 However, he continues to putt as well as he has ever done and remains a magician around the greens. But he will arrive at Oakmont carrying many scars.

His best chance came at Winged Foot in 2006 when he came to the final hole leading Geoff Ogilvy of Australia by a shot. A par four on the last would have been enough to win his third major in a row after victory in April's Masters and the US PGA Championship the previous summer.

But Mickelson carved his drive into thick rough behind trees.In typical swashbuckling fashion, he tried to go for the green from the rough but could only hack out 25 yards. His third shot found the greenside bunker, and his fourth cleared the green before he chipped on and holed a putt for a six to lose by one. He was devastated.

His first big US Open disappointment came at Pinehurst, North Carolina, in 1999, when he was beaten by Payne Stewart, who putted superbly all week and somehow seemed destined to take that title. Four months later Stewart died in a plane crash. In 2002 he had to settle for second behind Tiger Woods at Bethpage Black on Long Island.

In 2004, with a first major finally under his belt with victory at that year's Masters, he lost out to Retief Goosen in the US Open at Shinnecock Hills. Once again, he had to look on as Goosen put on a putting display the likes of which had never been seen before in a US Open. Goosen seemed to hole everything he looked at over the four days of the tournament, never more so than in the final round.

He returned to Bethpage in 2009 and this time fate seemed to be on his side. His wife Amy had been diagnosed with breast cancer and it seemed appropriate that, finally, this would be the week he won. However, it was not to be and he finished second again, this time behind Lucas Glover. 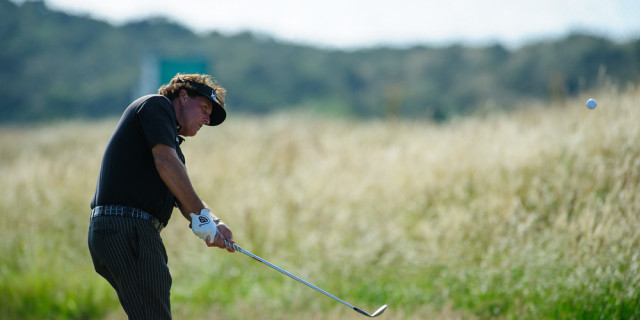 Mickelson still insists that the loss that hurt the most came at Merion in 2013, when he was beaten into second place again, this time by Justin Rose, of England.

"That hasn't changed," he said. "It was a tournament I feel I should have won, that I was playing well enough to win. And a couple of mistakes late in the tournament ended up costing me. Not to take anything away from Justin -- he played a phenomenal final round - but I felt like I didn't have to play exceptional to shoot a lower score than that and I just didn't do it.”

Only two players have won a modern major over the age of 46 - Julius Boros was 48 when he won the 1968 US PGA Championship and Nicklaus, of course, was 46 when he secured the last of his 18 major titles at the 1986 Masters.