The Carnage at Winged Foot

Ahead of the 116th U.S. Open at Oakmont - widely regarded as one of the world's most difficult courses - Winged Foot in New York is perhaps the one venue that can rival that status in the United States. Ten years ago, it was the site of an extraordinary Sunday of drama, with Phil Mickelson, Colin Montgomerie and Jim Furyk all failing to par the last hole, which handed the trophy to Australia's Geoff Ogilvy, who just about managed to survive the carnage.

Earlier in the week, Tiger Woods, returning to action following the death of his father, struggled with the long rough and overhanging trees, and ultimately missed the cut in a major for the first time as a professional. He would respond a month later with a brilliant Open Championship victory at Hoylake, but Winged Foot (and a heavy heart) took its toll.

As for Mickelson and Montgomerie, it was there chance for redemption in America's national championship. For the Californian, he had won the last two majors, and looked set to take advantage of Woods' absence. For the veteran Scot, it was a somewhat unexpected final opportunity to claim a Grand Slam title that had long eluded him. 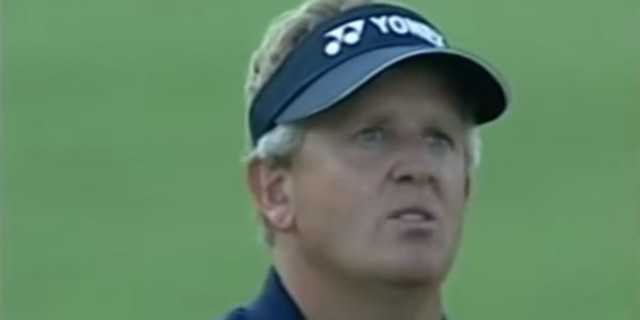 Both would collapse at the finishing line, in varying degrees of disaster. Monty had holed a 75-foot putt for birdie on the 17th, moving into a tie of the lead. With the pressure on, the Ryder Cup legend hit a perfect drive down the centre of the fairway. He was in ideal position with 172 yards left.

However, there would be a delay ahead, forcing the eight-time Order of Merit winner to wait until playing his approaching. Switching clubs from a six to a seven iron, the 42-year-old pushed his second shot right of the green into the rough, short-sided. From there, he would pitch on and three-putt for a double bogey, ultimately finishing one shot behind Ogilvy. 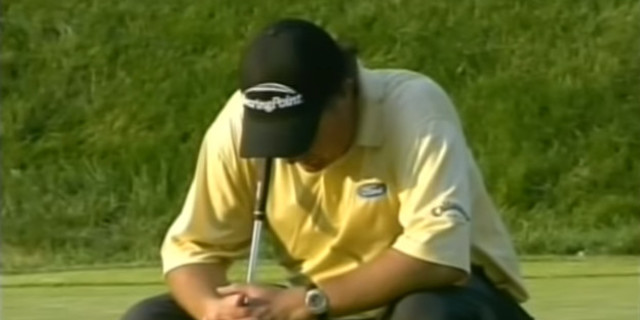 For Mickelson, the reigning Masters and PGA champion, it was an opportunity to finally claim the title that had long escaped him. Standing on the 18th tee, needing a par to win or bogey to tie, the three-time runner-up took driver on the par four, but hit it well into trouble on the left-side.

Playing from the edge of a hospitality tent, the 36-year-old attempted to reach the green with his second shot, but it clattered a tree and barely advanced 25 yards. His next attempt would almost reach his target, but found a bunker, with the ball embedding itself in the sand. He would ultimately make double-bogey, finishing one behind Ogilvy.

Arguably the most painful episode of heartbreak in a U.S. Open for Mickelson.

Let's see what happens at Oakmont, but it will be hard to surpass the Carnage at Winged Foot.