“I’m telling you our flagship event, right here, is the DP World Championship, which is $8m plus a bonus prize,” said European Tour CEO Keith Pelley in November ahead of the circuit’s lucrative finale in Dubai. “I’m not sure how you couldn’t say this wouldn’t be our flagship event.

“It [the BMW PGA Championship] has a fund of €5m. It’s a terrific event with wonderful fan engagement with 125,000 fans that experience the game of golf, and the way that we actually present it should be applauded. The tournament committee under Jamie Birkmyre has done just a fantastic job. But I don’t see it as our flagship event.”

For years that title was universally bestowed upon the PGA at Wentworth, where the championship has taken permanent residence since 1984. Such a statement would have been unthinkable during the previous leaderships of George O’Grady and his long-serving predecessor Ken Schofield, but times have unfortunately changed for the historic event within the continually evolving dynamics of the modern professional game. 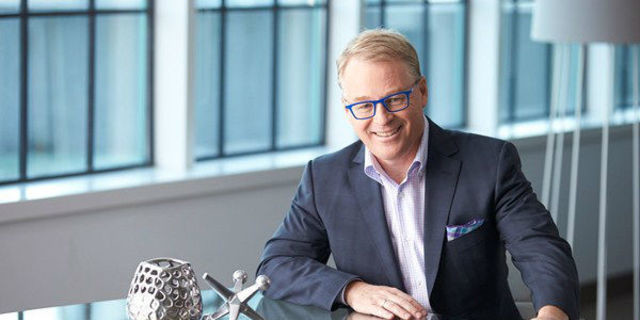 Pelley, the bespectacled Canadian who took charge of the flat-lining tour last year, has made his ambition clear of increasing prize money significantly to attract the leading players from the PGA Tour at key points of the season. The winter and autumn sojourns to the Middle East have proven to be strongholds in the face of the overwhelming competition from Tim Finchem’s eye wateringly rich organisation in the United States, with many of the classic events beginning to slip away.

It has become incumbent on the likes of Rory McIlroy and Sergio Garcia to support the Irish and Spanish Opens respectively, two important tournaments that would have otherwise faced an uncertain and ominous future had it not been for that star power lending a rescuing hand. Coincidentally, both of those players are two of the most notable absentees from Wentworth.

That has become the most telling hallmark of the PGA’s quiet decline. For whatever reason, whether it be in the face of an increasingly packed schedule or personal preference, Wentworth is no longer a must-play for the game’s best. While the likes of Faldo, Seve, Langer and Woosie dominated in the ‘80s and ‘90s, Masters champion Danny Willett, sure to receive a rapturous reception from the English galleries, is the only player in this year’s field who is ranked inside the world’s top 20.

It’s a disconcerting state of affairs for an event that was comfortably the second most important to be played in Europe, behind the Open Championship. Two of the continent’s finest, Henrik Stenson and Justin Rose are not in attendance, the latter due to injury, while Ian Poulter, who hosted last year’s successful British Masters at Woburn, is another marquee name missing from the entry list.

The Ryder Cup stalwart has elected to participate at the Colonial in Texas, with his dislike of the West Course long apparent, while leading South Africans and frequent winners on the European Tour; Louis Oosthuizen, Branden Grace and Charl Schwartzel are also missing. Perhaps most bemusedly, Ernie Els, a former full-time resident at Wentworth and designer of the divisive revamped layout, has decided to bypass the PGA on his schedule. The event has lost its allure. 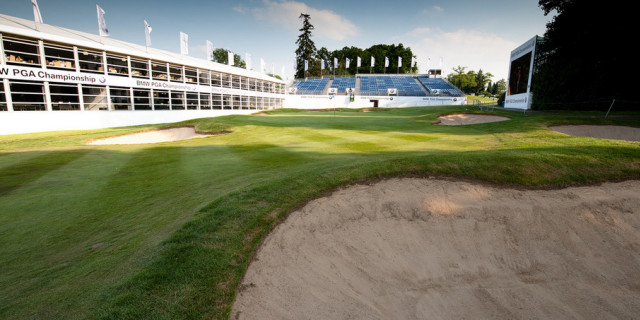 Sentiment is no longer enough to attract the biggest names. It also seems likely that the Open de France at Le Golf National will dwarf the onetime flagship championship in terms of its field quality, with the tour intelligently offering increased stakes and Ryder Cup points to combat an Olympic Games-induced scheduling conflict with the WGC Bridgestone Invitational in Ohio.

Imaginative thinking of that level and beyond may be required to revitalise the PGA in the coming years, which has lost something of its formerly esteemed identity. While acrimonious murmurings boiling under the surface between the tour and the new owners of the Wentworth Club, where the tour’s headquarters is based, have done little to help generate a sense of positivity.

However, with huge crowds expected to frame the tree-lined fairways at the exclusive estate in Surrey, this week remains one of the atmospheric few on the European Tour that is still capable of stirring relatively widespread interest, but its popular reach and contemporary relevance has unquestionably diminished in the minds of players, and even the tour itself.

“We are continuing on to Wentworth until at least 2018 and expect if the West Course becomes exactly what they believe it [through upcoming renovations], and that we can increase the prize purse, then perhaps it can be a flagship event going forward,” added Pelley last year.

From the PGA Championship to the World Match Play and the 1953 Ryder Cup, Wentworth has a great and storied history to be celebrated, but that is all that remains. The past. It needs a future.