A New Year, Fresh Leadership And A New Era For The European Tour

"We need to provide a viable alternative to the PGA Tour for our elite, medium and low-ranked players. End of story," said Keith Pelley, the recently installed chief executive of the European Tour, ahead of the DP World Tour Championship in November.

That was an ambitious proclamation from the head of a circuit that had found itself ticking along in a malaise for a number of years, but it is the correct objective to set with the calendar of the tour resuming this week in South Africa. For the first time in recent memory, there is a more optimistic message emanating from Pelley’s base at Wentworth, and it feels like the start of a new era.

Bringing significant experience from 30 years within the sports and media industries in his home country, Pelley was a fresh choice to lead a tour that has long been in need of rejuvenation, with prize money on the PGA Tour overwhelming those on this side of the pond to such an extent that the vast majority of the leading players from Europe have sought to play full-time in America. 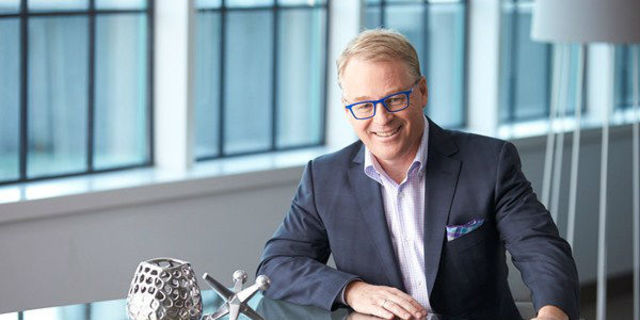 The 51-year-old Canadian – sporting the Elton John spectacles - has laid out a vision to sponsors and leading players alike in an effort to reduce the significant disparity. It would be unrealistic to imagine the European Tour at an equal level to its American counterpart anytime soon, but closing the gap that presently exists could be a game changer. Now entering his first full-year in the role, we may witness the foundations of what is a five year plan to achieve that goal.

Competing with the PGA Tour

Succeeding George O’Grady last summer, Pelley immediately made his presence felt on the world stage by confirming that the WGC Bridgestone Invitational in Akron would not be a sanctioned event on his tour in 2016. Due to the scheduling implications of golf’s Olympic return in Rio, the event in Ohio directly clashed with the Open de France, which has long been an important tournament. His intervention was a bold but sensible manoeuvre.

Celebrating its centenary this year, the historic event at Le Golf National – host course of the Ryder Cup in 2018 – is one of the tour’s most vital strongholds in continental Europe, particularly during a period when regional tournaments were evaporating from the schedule at an alarming rate throughout the painful aftermath of the 2008 financial crash.

Recognising the need to further support the Paris date, it was announced (no doubt to the extreme frustration of PGA Tour commissioner Tim Finchem) that additional prize money has been added to its coffers, while Ryder Cup qualification points on offer have also been increased.

In what is perhaps his most inspired decision to date, it was revealed that competing in the Open de France will now count for two of the events that are required to maintain tour membership. Having consulted the players, the former President of Rogers Media also revaluated that criteria, making the assessment to reduce the quota from 13 sanctioned events (including majors and WGCS) to just five regular tournaments on the circuit.

Such a move will now make it easier for players to balance life on both sides of the Atlantic, particularly those ranked outside the top 50 in the world who aren’t guaranteed exemptions into the biggest championships, it may also prove beneficial to events on the European Tour such as the BMW PGA at Wentworth, the Scottish Open and British Masters.

This is an illustration of what Pelley has referred to as a “players first” approach to running the tour, recognising that without the leading names playing more regularly on this side of the divide, then it will be simply impossible to generate any substantial growth.  However, he is shrewd enough to realise that without more big money tournaments that improvement will not happen.

In that respect, Italy’s successful bid for the Ryder Cup in 2022 was extremely telling. The biennial contest has remained the one major bargaining chip at the tour’s disposal, and the new chief executive wasn’t ashamed to use it, securing a remarkable commitment to the Italian Open, which will now be transformed by an extraordinary increase in prize money from €1.5 million in 2015 – doubling this year - to €7 million over a period of 11 years starting in 2017.

“We have exciting plans for the development of the European Tour and our International Schedule for the benefit of all our players, and Italy shares this ambition. Their commitment to the Italian Open will provide an inspiring benchmark,” Pelley stated in December.

Money talks, but for businesses and corporations to invest it requires the appearances of the big names. The former President of Canada’s Olympic Broadcast Media Consortium made it clear that he is able to make significant concessions to accommodate both players and sponsors by granting Rory McIlroy a pass into the lucrative Race to Dubai Final Series, despite the Northern Irishman not having played in the specified number of events to be eligible.

The four-time major champion missed a run of tournaments in July due to an ankle ligament injury, and it was a relatively controversial decision to grant him an exemption, with some questioning the sporting integrity and fairness of such a movie. However, from a commercial standpoint, the sponsors and broadcasters naturally desired Rory to feature prominently in the Final Series, and that is exactly what they got with him winning the season-finale in Dubai. Job done, Mr. Pelley.

It had been a challenging environment for his predecessors, with the tour having to work tirelessly in an effort to consolidate a dramatically falling position, rather than pushing dynamic ideas to provide future growth. But there had long been a sense that that a cohesive and imaginative business strategy was absence, with an over-reliance on the Middle East tournaments and Ryder Cup essentially holding the whole organisation together.

What Pelley has brought is an of air confidence that may be akin to that of Michael Whan of the LPGA, who has helped to revitalise that failing circuit. Through further integration with the Asian Tour and PGA Tour of Australasia, the man from Canada may just be the individual with the spark to pull together an all-world tour out-with the United States, which is likely the only strategy that could significantly bridge the gap and provide an alternative to Finchem’s conglomerate.

Ultimately, in five years, the challenges may have proven to be unsurmountable, but it certainly won’t be through a lack of trying. Pelley has shown early promise that he has the ideas to possibly transform his vision into reality, and it would be a welcome situation for the worldwide game. For too long, the PGA Tour has largely had it all its own way, but that may just be about to change.