Top 10 Tour Events in the World

Four times a year, golfers and non-golfers get excited for the majors. There’s just something special about them. It’s like the World Cup to football fans, Wimbledon to tennis fans or The Ashes to cricket fans. But, what are the other events on the leading tours that get us that little bit more excited than your normal tournament? Take a look at our top 10 tour events in the world. 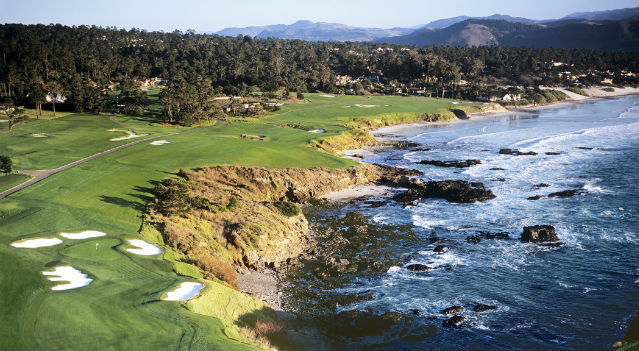 Whenever a tournament is being held at Pebble Beach it is a time to get excited. The annual competition is held over three courses; Pebble Beach, Spyglass Hill and Monterey Peninsula Country Club. As well getting to watch some of the world’s best golfers on three outstanding courses, you can also look out for some of your favourite celebrities taking part in the Pro-Am.

This tournament is one of few where the amateur can play all four rounds as oppose to a pro-am the day before an event. With 156 professionals and 156 amateurs taking part, you’re definitely going to see some quality golf being played. After 54 holes the lowest 25 pro-am teams, plus ties, make it through to the final day.

The event was originally founded by entertainer Bing Crosby and was often referred to as the Crosby Clambake. After his death, sponsors AT&T took over in 1986. The event has attracted celebrity stars such as actor/singer Justin Timberlake, country singer Darius Rucker and actor Mark Wahlberg. 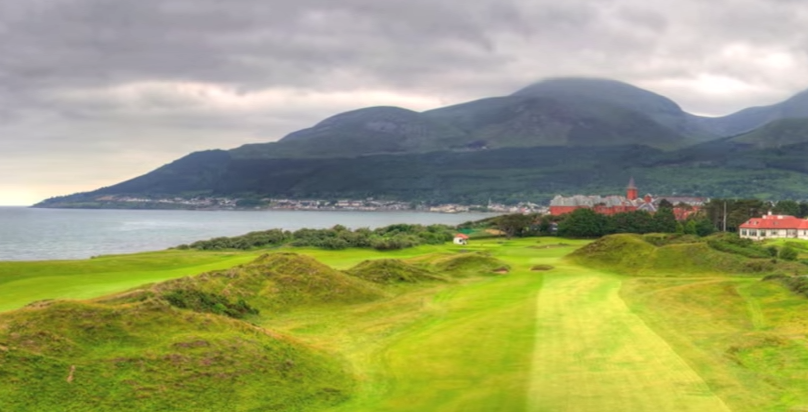 Where better to go and watch a tour event than in the golf mad country of Ireland? The Irish Open attracts one of the largest galleries on the European Tour and has the feel of a massive tournament such as The Open Championship.

If you’re incredibly lucky you might get to watch some golf in calm, dry weather but we can’t promise anything. The ever changing weather conditions gives you the chance to watch the professionals play a variety of shots you don’t see during your average tournament.

Even at the close of play you can enjoy the delights of Ireland with its friendly atmosphere. If you take your clubs along, you can also take advantage of some of the best courses in the world along with some true hidden gems. 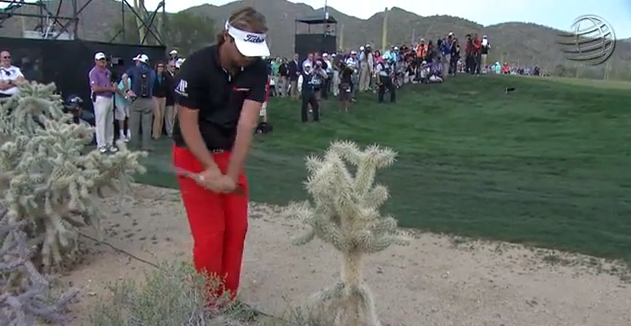 The second World Golf Championship of the season is arguably one of the best as the WGC Matchplay gets into full swing. The only real matchplay golf we get to see is during the likes of the Ryder Cup and Solheim Cup so this WGC event is a nice change from the usually strokeplay events.

What makes this event even better is that it is the very best golfers on the tours who compete head to head against each other. The event has recently moved to the more accessible Austin Country Club so crowd sizes are expected to rise in the future.

The European Tour has a similar event in the Paul Lawrie Matchplay in Scotland. If you’re not looking to splash out on flights to Texas then this tournament comes in at a close second as the best of the European Tour battle it out in the matchplay format.

The Waste Management Phoenix Open is one of the most exciting events on the PGA Tour and this is primarily down to the outstanding 16th Stadium Hole. As one of the first events in the PGA Tour schedule, this tournament really does get you excited for the season ahead.

Although the rest of the course is exquisite, nothing beats the 16th hole with its football match atmosphere. For those unaware, the players make their way through a tunnel and enter par 3 16th hole that is surround by stands. Fans shout and sing and if a player’s ball doesn’t find the green, they should be prepared to be peppered with abuse. Fans are also allowed to drink beer and bring various props and outfits. It is a unique test for the professionals and offers something different to golf fans. Some people say it is wrong and shouldn’t be a part of golf but if it increases gallery sizes then why stop something good?

The Hong Kong Open combines the best of the Asian and European Tours and has attracted some massive names to China. As the game of golf grows in China, this event can only help encourage people to take up the sport, especially when the best golfers in the world are on show.

For those who love to travel and love the game of golf then this event is a must go as you get to watch the world’s best on unfamiliar territory. Previous winners include Justin Rose, Rory McIlroy and Ian Poulter. The biggest story to come from the even though was when Miguel Angel Jimenez won the tournament in 2012 and became the oldest winner on the European Tour at the age of 48. He then extended that record a year later when he won the event for the fourth time. 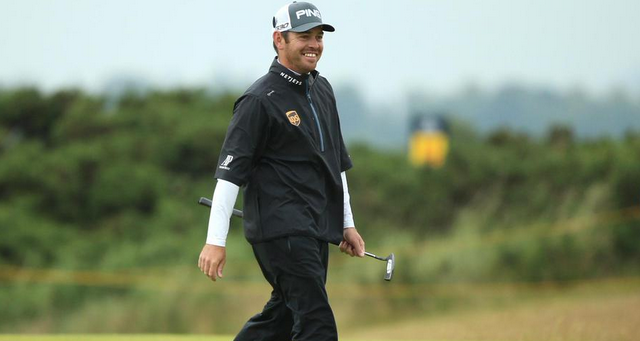 The Alfred Dunhill Links is a tournament on the European Tour that many professionals look forward to as they get to tackle three great links courses in Scotland. The three outstanding courses are Carnoustie, Kingsbarns and the Old Course at St Andrews. You can’t ask for many better courses in Scotland in such close proximity.

Like the AT&T Pebble Beach National Pro-Am, the Alfred Dunhill Links is also a pro-am that sees some stars from the world of sport and entertainment compete. For example, one of Germany’s all time top goal scorers Michael Ballack has won the pro-am event.

The tournament is played in October meaning weather conditions can vary massively not only on a day to day basis but on an hourly basis. One minute it could be calm and then on the next tee box it could be blowing a gale. All courses offer great views for the spectators and you will most definitely see some of incredible golf being played. 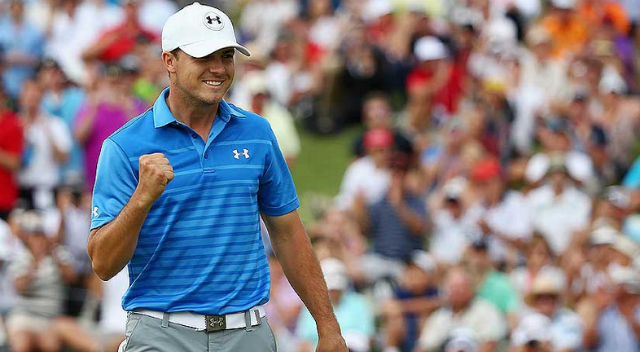 As soon as the event was given special status in the Official World Golf Rankings points system, the tournament attracted some bigger names such as Tiger Woods, 2013 winner Rory McIlroy and 2014 winner Jordan Spieth.

The tournament takes place towards the back end of the year, which coincidentally is the summer time in Australia, so if you’re looking to get away from the dull British winter and want to watch some top quality golf to go with it, your best bet is the Australian Open.

Often considered as “the fifth major,” The Players Championship includes the top 50 golfers in the world so a top class field is guaranteed. The Players also offers the biggest prize fund of any tournament in golf as $10M is up for grabs.

To add to the considerably large purse, the tournament is also played on one of the best golf courses in the world; the Stadium Course at TPC Sawgrass. Yes, that includes the famous 17th hole with its island green that has seen some of the greatest moments in golfing history.

Any time a tournament comes to TPC Sawgrass, you are guaranteed excitement. Most of the tournaments come right down to the wire, which is brilliant from a fans perspective as the excitement lasts all the way till the end. The 2015 event even saw a play-off between Rickie Fowler, Kevin Kisner and Sergio Garcia, with Rickie Fowler emerging victorious.

The fourth WGC event, the WGC HSBC Champions, has been a World Golf Championship since 2009 meaning it attracts the leading players in the golf world rankings and the money lists of the major tours.

Again, the event offers something different as the top players very rarely travel to the likes of China and hopefully this can help grow the game in Asia. The tournament takes place the Sheshan Golf Club in Shanghai and has seen the likes of Phil Mickelson, Bubba Watson and Sergio Garcia win the prestigious event.

Shanghai is China’s largest city by population and held the status as the cultural and economic centre of East Asia for the first half of the twentieth century. So, when you aren’t on the golf course you can take in the cultural delights of one the world’s most modern cities. 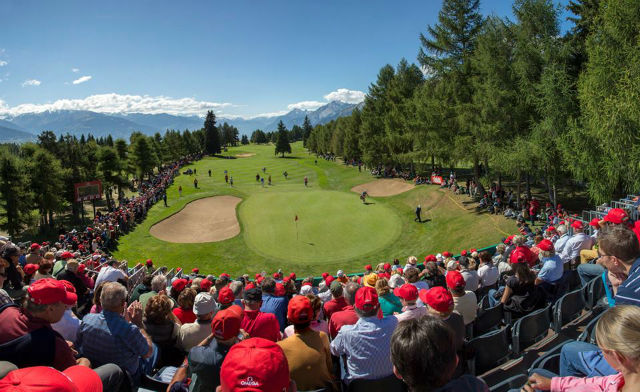 The Omega European Masters takes place on one the most picturesque courses Europe has to offer, Crans-sur-Sierre Golf Club in Switzerland. In 2009, the event became the first event on PGA Tour to be co-sanctioned by the Asian Tour.

The event doesn’t attract huge galleries meaning you have to opportunity to get closer to the players than ever before as well as taking in the spectacular views on the Severiano Ballesteros course. When the Omega European Masters isn’t taking place you can play the course itself. The best thing is, it is reasonably cheap for a European Tour standard course at a maximum of £88 a round in the high season.

There are plenty more events on the various tours that didn’t quite make the list but these ten are events we no doubt you’ll enjoy almost as much as a major championship.

If you think we’ve missed an event let us know in the comments.