Following a research and development process that has been in place for more than 20 years, TaylorMade Golf have sought to enhance their reputation as the manufacturer of the number one driver in the game, by developing a multi-material hybrid of titanium and seven-layer carbon composite to create the longest driver in the storied history of the company. The M1™. Within this new line, engineers have created drivers, fairway and Rescue® clubs that have been designed to offer golfers greater ball speed, more forgiveness and enhanced distance in what TaylorMade have coined as the first of their “unmetalwood” family.

With the swing of every golfer being unique, TaylorMade have attempted to answer that challenging conundrum to deliver higher levels of performances to players of all abilities. The M1 is their response to that objective, with its multi-material construction ensuring for improvements in delivering more speed and providing a high launch aligned with low spin.

The addition of the revolutionary carbon composite design has resulted in the M1 possessing a significant decrease in club weight, which has allowed designers to lower the centre of gravity on the club to add an innovative T-Track System that contains 25g of adjustable mass, providing the golfer to personalise their driver to a greater extent than ever before. The research from TaylorMade’s development team and their acoustic management techniques have ensured that the driver offers the best in majestic sound, with the vibration and pitch at impact being caringly crafted. 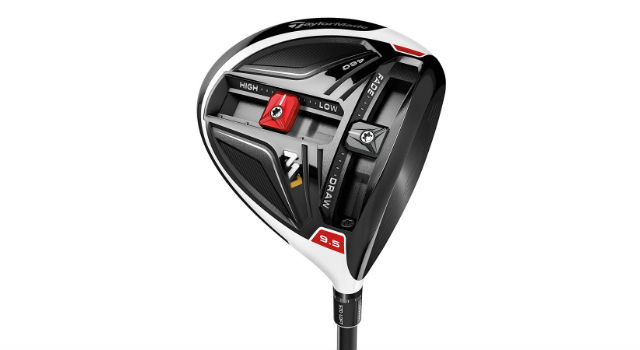 Looking at the revolutionary T-Track System in more detail, TaylorMade have been able to add this tool of the M1’s fitting capabilities. A result of the savings in discretionary weight through the carbon composite crown, the driver features one 15h weight in the Front Tack that can be moved by sliding from heel to toe, which allows players to adjust the draw or fade bias on the club by as much as 25 years. In a the same vein, the Back Track on the M1 offers 10g of adjustable weight, sliding from front to back, which can allow for a maximum of 300rpm of backspin and 0.8 degree in launch angle.
Past drivers have permitted golfers with the ability to move weight from left to right and others from front to back, but the M1 has gone a step further by providing users with the chance to simultaneously personalise their spin and forgiveness settings along with the fade or draw bias. These specifications allow for players to control their tee shots like never before, with a number of fitting combinations that have rated the new M1 as TaylorMade’s most customisable driver.

With a markedly low centre of gravity, the M1 essentially promotes a centre face and enhances the transfer of energy on impact. As a result of the CB being lowered to such a level, the driver provides golfers with the ability to make adjustments without compromising the optimum launch conditions that results in high trajectory, lower spin and greater ball speed on a more consistent basis.

In addition to creating what has been envisaged to be the best performing golf products available, the designers of the M1 have also attempted to combine the perfect mix of form and function within the aesthetics and alignment of the club. This effort has progressed the authenticity of the materials used within the production of the driver in a manner that has produced a visually striking and effective alignment system that surpasses any previous release from TaylorMade.
Personalisation

The use of multi-materials during the construction of the M1 not only ensures that it is the longest to have ever been produced by TaylorMade, but it also allows for revolutionary personalisation. The loft can be adjusted by up to four degrees through the 12 position loft sleeve, with the aforementioned T-Track offering flexibility in terms of favouring a draw or fade, in addition to altering the trajectory from higher to lower. This has all been combined with a selection of three Tour-tested shaft options: the Fujikura Pro 60, the Kuro Kage Silver TiNI 60 and the Aldila Rogue 70 110 MSI that favours a lower flight. TaylorMade has also partnered with many leading shaft manufacturers, to offer consumers with an unrivalled number of options that will allow for optimum personalisation.

“At TaylorMade, we always pride ourselves on improving our metal wood performance and distance each year,” said Brian Bazzel, Senior Director of Product Creation. “With the constant advances in titanium technology, we found ourselves at a crossroads, one where the R15 was almost unbeatable. We have an allegiance to performance and we were willing to use whatever material or construction necessary to deliver it. I believe the new M1 is a true reflection of our dedication to improving golfers through innovative designs.” 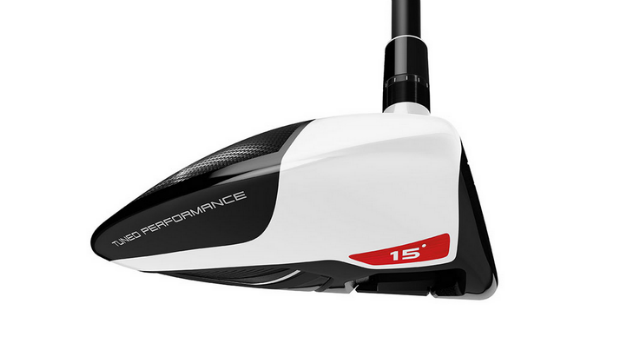 The release of the MI driver has also been complimented by the introduction of the M1 fairway, which follows the same path as the bigger club by utilising the multi-material design. It is TaylorMade’s most customisable fairway, featuring many of the same features as the driver – including the Front Track system. With the fairway club also allows for significant adjustments, with two 15g tungsten weights being easily moveable to promote a draw or fade through the use of a torque wrench.

Having two separate weights also provides the golfer with an opportunity to separate them, which ultimately offers greater forgiveness with ball speed on mishits. The front track of the M1 fairway is also noted for featuring a reduced channel to enhance turf-to-sole interaction, with a four degree loft sleeve also making it possible to increase or decrease the loft respectively by two degrees.

Finally, in the same vein as the M1 driver and fairway, the M1 Rescue has been carefully manufactured and finely tuned following the extensive input from many of TaylorMade’s leading players, with the club designed for the best golfers in the world. Reminiscent of the original Rescue club from the company, the new M1 Rescue has a majestic, Tour-inspired shaping that ensures for increased playability from the multitude of lies that can be found on a golf course.

Combined with a 1.5 degree loft sleeve, the Rescue features two moveable weights – one 3g and the other at 25g – that can set at a neutral or fade bias to enhance shape and shot trajectory. Much like the M1 driver and fairway, the Rescue also boasts a speed pocket, which increases the sweet spot and lowers spin.